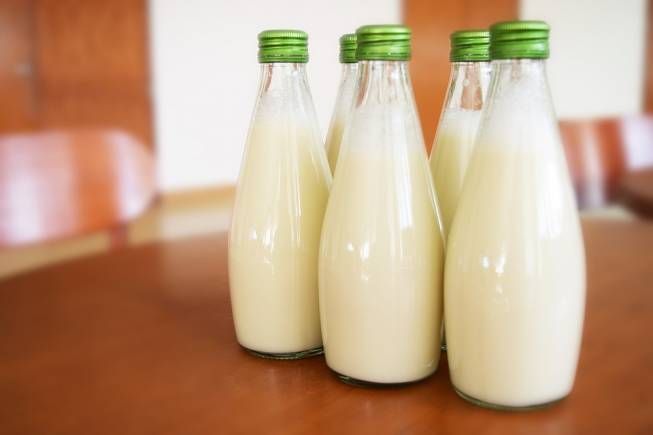 During July 2019, representatives of 15 countries met in Beijing for discussions on the mega Regional Comprehensive Economic Partnership (RCEP) agreement. This included China and the 10-country ASEAN. Most of the discussions included bilateral negotiations between countries.  This included discussions between New Zealand (NZ) and India. Horrifyingly, the Indian delegation almost sold away India’s strategic interests, possibly swayed by the glib proposals made by the NZ team. The Indian team agreed to allow NZ export 5% of its total exports of milk-value-added products into India.  Fortunately, the agreements do not mean anything till approved by Parliament.  It is likely that the Parliament will refuse.  What the government intends to do with the under-prepared Indian delegation remains to be seen.

Predictably, when this news leaked out, there was a virtual storm in India.  Milk is an extremely sensitive subject, and of immense strategic significance. The dairy industry accounts for 25% (Rs 7 lakh crore) of total farm produce of the country (estimated at Rs 28 lakh crore).  In fact, when Narendra Modi was the chief minister of Gujarat, he had railed against any move to allow any import of milk and milk products (https://www.thehindubusinessline.com/economy/fta-with-eu-to-hit-dairy-sector-modi/article23102763.ece).

He was aware of the role of Gujarat as the birthplace of Operation Flood launched by Verghese Kurien, who ensured that the country became self-sufficient in milk production and also met the nutritional needs of a rapidly growing population.  That the IAS officers in charge of the Indian negotiating team should overlook this was nothing short of criminal negligence. After all, milk affects the lives of some 10 crore farmers or 50 crore Indians (assuming a family size of five).

As data from NSSO and Nabard show, milk alone contributes to almost 10% of farm income, and this share has been increasing year after year (https://www.moneycontrol.com/news/business/economy/opinion-farmers-in-india-dont-earn-much-many-are-terribly-exploited-2892291.html). And this amazing strength was sought to be frittered away for peanuts at the RCEP negotiations.

Undoubtedly, the NZ team had done its work well.  Data (often misleading) was skilfully put across by its lobbyists, showing that India would become milk deficit within a few years (https://www.financialexpress.com/economy/how-indian-indian-dairy-sector-can-leverage-opportunities-in-rcep/1668067/), hence import of milk and milk products should be allowed.  Tweets were sent across fortifying this fear among India’s policymakers (https://twitter.com/Upendra900/status/1158936944597819392).

The data was attributed to the National Dairy Development Board (NDDB) which promptly wrote back to the ministry denying its authenticity. Promptly, R.S.Sodhi, managing director of the Gujarat Cooperative Milk Marketing Federation (GCMMF) shot off a letter to the commerce ministry, stating “As the custodian of the interest of 10 crore plus farmers in India, we urge you to keep dairy products out of the (RCEP/FTA) concessions in larger interest of the producers and consumers of our country.”  Simultaneously, Sodhi too began his war of tweets to counter the propaganda of the NZ and EU teams (http://www.indiancooperative.com/dairy/sodhi-leads-twitter-war-in-support-of-10-crore-farmers/).

In a hard hitting presentation to the commerce ministry (the full presentation can be downloaded from 2019-07-22_GCMMF-Presentation-to-Minister-and-Additional-Secretary-Commerce-Ministry-Mumbai-22nd-July-2019), Sodhi pointed out how the ministry had been fed with misleading data.  He also pointed out the disastrous consequences such a move would have on the Indian economy.

For instance, he pointed out that contrary to the version being put across, India had continually managed to increase its milk production.  What is more significant, it had also ensured that despite a rapidly growing population, per capita availability of milk had also kept climbing (see chart).  And to buttress his point that the ministry’s representatives had been relying on wrong data, he showed them a chart from Niti Aayog, the government’s own think tank, which confirmed that India was likely to remain self sufficient in milk even in 2033.  That surplus would allow India to become an exporter of milk and milk products to the world.

Sodhi countered the position taken by the NZ team that it would not touch basic liquid milk but would focus only on value-added products which were not crucial for the Indian population. The NZ team had also promised not to flood the Indian market with its produce, but would limit its sales to just 5% of its exports.  However, as FTA treaties are not concerned about volumes, it would be facile to believe that the 5% ceiling would be respected in volume terms, because an exporter could easily reduce the value of his exports to remain within the 5% limit, yet ensure that higher volumes were exported. Moreover, there was a sinister side to this proposal (see chart). At 5% of existing NZ exports, the Indian market would be flooded with imported products to the tune of 28% of the Indian market.  Moreover, India’s negotiators possibly forgot that the milk industry needs the market for value-added products. This is because all surplus milk — not sold as liquid milk in the market — is promptly converted into value-added products (to give them a longer shelf life) and sold  at higher prices.  Remove the value-added produce, and the surplus milk would result into milk losses. It could mean a loss of Rs.3.5 lakh crore for this country. It could also destroy the prime minister’s resolve to double farm incomes.

This incredible achievement was the brainchild of Kurien who ensured that the farmer got more money to produce more.  If the NZ proposal were to be accepted, the value of milk products in the market would fall because of cheaper imports.  Consequently, Indian milk processors would pay less to farmers for milk procurement, and that would result in milk prices to farmers falling which in turn would dampen milk production. It is believed that cheaper imports would result in farmers getting not more than Rs.19 per litre instead of Rs.30 currently.  That would make India increasingly depend on milk imports – in much the same way as has happened with edible oil domestic production and import (http://www.asiaconverge.com/2017/09/absurd-posturing-anti-gm-lobby/).

The RCEP negotiators want import duty on milk and milk products to fall from the current level of 30%.  Sodhi rightly points out that this will result in cheaper imports which could destroy India’s carefully nurtured milk market.  Moreover, he points to how every country has protected farm imports, especially milk. Canada imposes a duty of 250% for all dairy products. The EU has non-tariff-barriers (it insists on a very stiff  residual pesticide limits). Australia does not permit dairy imports from India. The US has a high import duty and has just removed India from its Most-Favoured-Nation category.  South Africa, Mexico, Venezuela and Chile too don’t permit import of dairy products from India.

So why were the Indian officials willing to crawl?

http://www.freepressjournal.in/india/rn-bhaskar-india-russia-friends-for-70-years/1051178 India-Russia ties have strengthened over time — By RN Bhaskar | Apr 13, 2017 12:05 pm It was in Goa, India, that Russia’s President Vladimir Putin and...