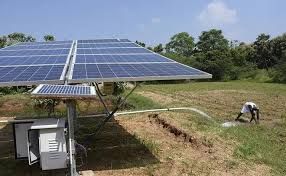 The introduction of solar pumps in the Indian market was thought to be the perfect solution for aiding farmers in arid regions with neither electricity nor surface water. But the concept was fraught with danger.

Solar pumps make farmers even more reckless with underground water.  There is a cost element with conventional pumps — electric or diesel. This is true even with subsidised power tariffs of Re.1/- per unit. With solar pumps, there are no recurrent charges hence no   compulsion to switch off pumps.  Farmers draw more water than needed.  It is disastrous for underground reserves. But solar pump producers wooed policymakers.  They got the government to grant generous subsidies for solar pumps.  So the market grew. India saw solar pump installations swell from 7,000 in 2010 to over 128,000 by mid-2017.  It was great business, yes.  But it was catastrophic for underground reserves of water.

But that is where NDDB came up with a brilliant idea – SPICE (Solar Pump Irrigators’ Cooperative Enterprises). NDDB knew that only incentives could dissuade farmers from pumping out more ground water.

So, NDDBs officials decided to band together farmers in two villages  — at Dhundi village in 2016, and the other at Mujkuva village in 2017.  They persuaded both groups to set up micro-grids which would aggregate the farmers’ surplus power from solar pumps, level it (because solar power is intermittent). This steady stream of power could then be sold to the state power distribution company (discom). The farmer would thus get an additional source of income.

But they ran into a hiccup. Discom officials pointed out that farmers get power at a subsidised tariff of Re.1.  But the FIT for surplus power from solar pumps was Rs 3.47 and Rs.4.63 for each unit. That could allow clever farmers sell back to discoms the Re.1/kWh power as surplus solar pump power. That would be scandalous.

After extended discussions, both discoms and the villages decided to set up group level metering. Both agreed that if the collective power drawn from the grid was lower than the earlier average, the difference would be deducted from the surplus solar pump power. That became the new accounting standard (please see a sample accounting sheet).  Today each farmer earns an additional Rs.5,000 per month from surplus solar power sales.

That in turn brought in behavioural changes.  Farmers now clean their solar panels and maintain related equipment regularly to ensure no reduction in solar power generation. And they draw only that much of water as is required. Today all water in these villages has an implicit price — the earnings per unit dictated by the FIT.

The birth of KUSUM

NDDB’s scheme probably triggered off a similar concept with the ministry of renewable energy (MNRE).  It introduced PM – KUSUM – Pradhan Mantri Kisan Urja Suraksha evam Utthan Mahabhiyaan — in the first week of March 2019. Details of the scheme can be downloaded from https://mnre.gov.in/sites/default/files/uploads/KUSUM%20presentation%207.8.19.pdf .

KUSUM must provide water security to farmers through reliable solar power.  That would encourage utilisation of degraded agricultural lands and provide additional incomes to farmers (by selling surplus power to discoms). In turn, this would lead to water conservation and the promotion of decentralized solar power generation.

But the scheme overlooks the very problem identified by Gujarat’s discom managers. How do you prevent farmers from diverting subsidised power back to the discom at higher FITs.

Unless the grid electricity tariffs are higher than, or at best equal to, the FIT, KUSUM will lead to widespread collusion and scams involving farmers and discoms. Till this is done, it is inadvisable to promote KUSUM.  It will lead to unbelievably high financial diversions.

A better approach would be a unified decentralised, cluster approach rooftop solar which could energise solar pumps as well (http://www.asiaconverge.com/2017/10/solar-power-couldtrigger-employment-generation/).  That way, the local cluster manager arranges for both the supply and the purchase of power for villages and their farms.  It would also create immense employment opportunities. 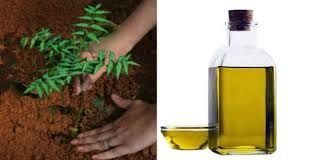