Home Analysis The government should set an example to the private sector on corporate... 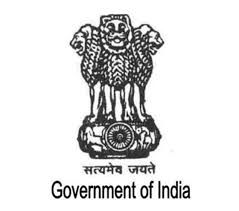 A variant of this article appeared at Moneycontrol (https://www.moneycontrol.com/news/economy/policy/the-government-should-set-an-example-to-the-private-sector-on-corporate-governance-4599811.html)

Good governance must begin with the government

In July 2019, the government passed the The Companies (Amendment) Bill, 2019. It also pointed to the rule book and to the penalties that the rule book allowed the government to levy in case corporate governance norms were not complied with (http://www.mca.gov.in/MinistryV2/offences+and+penalties.html). It  exhorted stock exchange regulators and other regulators to ensure that corporate entities were compelled to strictly observe corporate governance norms.

The government had made such pronouncements in December 2018 as well (https://www.livemint.com/Politics/tNTOpKEGlMaAwkHgh3YMgM/MCA-aims-improved-governance-standards-ease-of-doing-biz-in.html).  This time, harsher penalties were introduced.  It is believed that the rising incidence of corporate fraud, and bank non-performing assets (NPAs) finally pushed the government to make this move. The government stated that the Ministry of Corporate Affairs (MCA) will strive to coordinate high standards of governance with ease of doing business. It sought to bring in a change in the working framework of independent directors, norms for governing companies and norms relating to revoking of auditor regulations etc. (https://www.taxreturnwala.com/government-line-up-tighter-corporate-governance-2019/). The Securities and Exchange Board of India (SEBI) modified the quarterly reporting structure for listed companies (https://www2.deloitte.com/content/dam/Deloitte/in/Documents/risk/SEBI_Article%20Web%20file%20(16-09-2019)_Updated.pdf).

With more companies going into insolvency, the haircuts that banks had to take were getting bigger and bigger. Eventually, all haircuts suffered by public sector banks are paid for by other tax-payers.  This is invariably in the form of higher bank charges, lower interest payouts on deposits, or higher taxes because of equity infusion.  All non-performing assets (NPAs) of government owned banks is a tax imposed on the people of India – either directly, or indirectly. Private banks have to fend for themselves.

Since most of the NPAs of banks are on account of public sector banks (see chart), the need to upgrade corporate governance standards for both banks and companies has become an imperative.  That could be the motive for the RBI wanting to move out its nominee directors from the boards of government owned banks (https://indianexpress.com/article/business/banking-and-finance/rbi-banking-economy-urjit-patel-finance-5405381/).  It was obvious that the RBI could not be both a regulator of banks, as well be a participant in decisions on advances and recoveries taken by banks.  After all, directors on board of companies got pecuniary benefits and perquisites which could even be much more than what the RBI would be in a position to offer. This was bound to create major conflict of interest situations.

But this is where the the conflicts begin.  The government promptly overruled the RBI and insisted that the RBI retain its nominees on bank boards (https://www.business-standard.com/article/finance/govt-decides-against-removing-rbi-nominees-from-psb-boards-cites-npa-issue-118081900576_1.html).  Effectively the government wanted the RBI to run with the hares and hunt with the hounds.

The situation was becoming quite untenable, and conflict of interest was bound to be ingrained in this very arrangement.  Even former governor of the RBI, Raghuram Rajan explained that it was to avoid this conflict of interest that it would have been desirable for RBI to remain the regulator, and not also act as a participant (https://www.livemint.com/Industry/wfylOqabFxLsztstciLUuL/RBI-nominee-on-PSU-boards-create-illusion-of-regulatory-cont.html).

The conflict of interest situation has come to the forefront once again with the recent discovery of irregularities within the Punjab and Maharashtra Cooperative (PMC) Bank. As one media report stated “a confession letter by the bank’s former managing director, exposes poor standards applied by the Reserve Bank of India (RBI) during bank inspections” (https://www.moneylife.in/article/pmc-bank-ex-mds-confession-exposes-terrible-inspection-standards-of-rbi/58304.html).  Ironically, when chargesheets began being filed (they could involve as many as 14 officials and past employees/directors — https://www.outlookindia.com/website/story/business-news-police-complaint-against-pmc-bank-officials-for-alleged-misappropriation-of-funds/339448). Yet the role of the RBI nominee director on the board of the PMC appears to have been largely overlooked.  Obviously, a fraud of over Rs.4,000 crore could not have taken place without the RBI nominee getting a whiff of it somewhere. Or could it be possible that the RBI nominee did send in a report and that the RBI was asked to overlook the irregularities by someone in the finance ministry? That is why if the government has to insist on corporate governance, it must begin by removing RBI nominees from the boards of banks, and tightening supervision from outside. The RBI nominee can go in as an observer, if required, but this post too should be through constant  rotation with other RBI officials, so that the possibility of collusion gets reduced.

There is another problem with the government’s stand on improving corporate governance. It is one of double standards.  The government wants balance sheets of corporates to be squeaky clean.  But its own balance sheet is full of coverups.  In an attempt to show a manageable current account deficit (CAD), the government window-dressed its own accounts by resorting to off-balance-sheet borrowing – notably through NHAI and FCI (Food Corporation of India (see charts).

Obviously, expecting a country’s corporate culture to change without first having the government itself adopt them can be quite tricky. Invariably, these short-cuts also lead to litigation between private companies and the government.  That is why, the Rs.12.4 lakh crore worth unpaid bills of the government (https://www.moneycontrol.com/news/india/new-government-will-inherit-unpaid-infrastructure-bill-of-rs-12-4-lakh-crore-3937001.html) contributed immensely top the economic slowdown, as companies had their working capital blocked.  This also led to litigation. Most road and infrastructure developers approached the courts for release of funds owed to them.

That in turn consolidated the government’s position as the biggest litigant in the courts of India, something which had compelled the Law Commission to call it a “compulsive litigant”  – a view ratified by the Supreme Court —   http://sci.gov.in/supremecourt/2011/30837/30837_2011_Judgement_23-Nov-2017.pdf.  Consequently, delayed litigation, the desire to manage books of account, and delayed payments all contribute to economic costs, more short-cuts to manage vexatious situations and actually worsen the economic showdowns.

Already, the biggest protests against the government’s move to impose heavy penalties for any violation of corporate governance norms has come from the PSUs (https://economictimes.indiatimes.com/markets/stocks/news/psus-unhappy-with-fines-over-corporate-governance-violations/articleshow/71642358.cms?from=mdr). They are unhappy about the new penalties that domestic bourses have begun levying for any violation of corporate government norms.

Clearly, the PSUs believe that they too enjoy immunity in much the same way as the government does.  Another irony is the manner in which the government has asked the LIC to be more vigilant on governance issues (https://economictimes.indiatimes.com/markets/stocks/news/govt-wants-lic-to-be-more-vigilant-on-governance-issues/articleshow/66062351.cms?from=mdr).  This is when almost everyone in the finance industry knows how the (government-owned) insurance  companies are asked to pick up equity stakes in and advances to some companies which they would normally not have touched with a barge-pole. 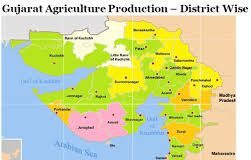 http://www.dnaindia.com/analysis/main-article-narendra-modi-s-farm-miracle-1358133 How Gujarat transformed agriculture By RN Bhaskar | Place: Mumbai | Agency: DNA -- Mar 11, 2010 There is a new mood of resurgence on Gujarat’s...