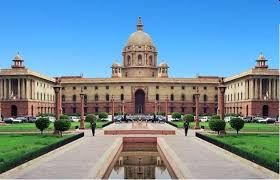 In July 2019, the government passed the The Companies (Amendment) Bill, 2019. It also pointed to the rule book and to the penalties that could be levied in case corporate governance norms were not complied with (http://www.mca.gov.in/MinistryV2/offences+and+penalties.html). The government had made similar pronouncements in December 2018 as well (https://www.livemint.com/Politics/tNTOpKEGlMaAwkHgh3YMgM/MCA-aims-improved-governance-standards-ease-of-doing-biz-in.html).  This time, harsher penalties were introduced.

It is possible that the rising incidence of corporate fraud, and bank non-performing assets (NPAs) finally pushed the government to make this move. The government stated that the Ministry of Corporate Affairs (MCA) will strive to coordinate high standards of governance with ease of doing business. It sought to bring in a change in the working framework of independent directors, norms for governing companies and norms relating to revoking of auditor regulations etc. (https://www.taxreturnwala.com/government-line-up-tighter-corporate-governance-2019/). The Securities and Exchange Board of India (SEBI) modified the quarterly reporting structure for listed companies (https://www2.deloitte.com/content/dam/Deloitte/in/Documents/risk/SEBI_Article%20Web%20file%20(16-09-2019)_Updated.pdf).

With more companies going into insolvency, the haircuts that banks had to take were getting bigger and bigger. Eventually, all haircuts suffered by public sector banks are paid for by other tax-payers.  This is invariably in the form of higher bank charges, lower interest payouts on deposits, or higher taxes because of equity infusion.  All non-performing assets (NPAs) of government owned banks is a tax imposed on the people of India – either directly, or indirectly. Private banks have to fend for themselves.

Since most of the NPAs of banks are on account of PSBs or public sector banks (see chart), the need to upgrade corporate governance standards for both banks and companies has become an imperative.  That could be the motive for the RBI wanting to move out its nominee directors from the boards of government owned banks.  It was obvious that the RBI could not be both a regulator of banks, as well be a participant in decisions on advances and recoveries taken by banks.  After all, directors on board of companies got pecuniary benefits and perquisites which could even be much more than what the RBI would be in a position to offer. This was bound to create major conflict of interest situations.

But the government promptly overruled the RBI and insisted that the RBI retain its nominees on bank boards.  Effectively the government wanted the RBI to run with the hares and hunt with the hounds.  Even former governor of the RBI, Raghuram Rajan explained that it was to avoid this conflict of interest that it would have been desirable for RBI to remain the regulator, and not also act as a participant.

Such conflict of interest situations were primarily responsible for the PNB Bank, IL&FS and PMC (Punjab and Maharashtra Cooperative)  Bank scams.  In none of the cases were key officials of the finance ministry taken to task.   The RBI nominee directors were not quizzed or reprimanded either.  Clearly, someone in these circules had allowed the irregularities to continue.  Else it was a case of sheer incompetence.  Either way, penalties should have been slapped on such officials. But they weren’t.

That is why if the government has to insist on corporate governance, it must begin by removing RBI nominees from the boards of banks, and tightening supervision from outside.

That is why, the Rs.12.4 lakh crore worth unpaid bills of the government (http://www.asiaconverge.com/2019/05/new-government-will-inherit-unpaid-infrastructure-bill-of-rs-12-4-lakh-crore/) contributed immensely to the economic slowdown, as companies had their working capital blocked.  This also led to litigation. Most road and infrastructure developers approached the courts for release of funds owed to them.

That in turn consolidated the government’s position as the biggest litigant in the courts of India, something which had compelled the Law Commission to call it a “compulsive litigant”  – a view ratified by the Supreme Court —   http://sci.gov.in/supremecourt/2011/30837/30837_2011_Judgement_23-Nov-2017.pdf.  Consequently, delayed litigation, the desire to manage books of account, and delayed payments all contribute to economic costs, more short-cuts to manage vexatious situations and actually worsen the economic showdowns.

Another area where the government needs to introduce better governance is in the use of public funds lying with the LIC and the EPFO.  Their refusal to disclose NAVs on a daily basis like Mutual Funds do is another indication of poor governance (http://www.asiaconverge.com/2019/04/make-mandatory-investment-disclosure-by-insurance-companies/).

Clearly, if corporate governance has to work, it must begin with the government.  Else it has no meaning at all. 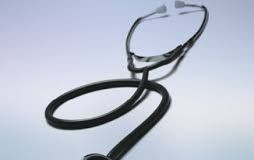