Home Analysis The US sues China – how much of it is truth? 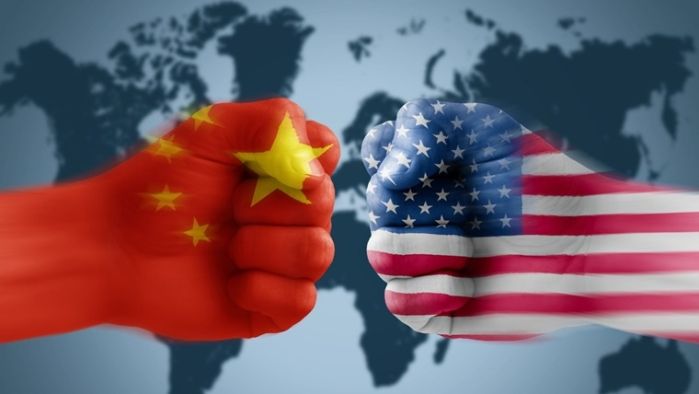 The US sues China – looking through the fog

The US has finally filed a case against China.  This is one of the rare times when a sovereign republic decides to challenge the way another sovereign republic functions.  It is bound to raise issues about appropriateness, history, and intent.

The case may or may not prove anything, and China may or may not be found guilty.  Whatever the outcome, the actions of the US do raise some very disturbing questions.

First, where does culpability lie? Does it lie in the acts of omissions and recklessness of the US, or can it be attributed to China? As Ajit Dayal, a fund manager, rightly pointed out in his newsletter on 22 April  2020 (https://www.equitymaster.com/ht/detail.asp?date=04/22/2020&story=3&title=Starbucks-hospital-beds—and-lockdown&pst=y#acmt), the US has itself not cared very much about human lives (see chart).  It has neglected healthcare in its own country. It has thus contributed to the death of its own people, let alone of other countries.  Even after the US government knew about the seriousness of the pandemic, it went about claiming that it was “fake news” and that there was nothing to worry about (https://www.vanityfair.com/news/2020/04/trump-coronavirus-test-capacity-blames-states).  Till it became a raging fire.

But this is nothing new. During the past couple of decades, the US has increasingly resorted to unilateralism, causing tremendous damage to live and property.  The US was the one which coined the phrase that ‘if you are not with us, you are against us’.  So, while it talked about democracy on the one hand, it adopted unilateralism and brutal unconcern on the other.  It chose to violate treaties and agreements at will.  The best example is the way it tore up the agreement that several countries had arrived at on how to deal with Iran.

When countries expressed disagreements with the US, they have been lampooned.  Remember, how France was made a joke when it refused to join “the Coalition of the Willing”?  Remember the barbs against the UK and Germany when they refused to toe the line the US had drawn unilaterally?

And when it comes to disinformation, the US is one of the biggest dissemblers of truth.  Consider two examples.  Kyle Bass, Chairman of the Board of The Rule of Law Foundation, stated on April 17, 2020, that on “January 23, Xi Jinping closed down all air traffic from Wuhan to the rest of China. But he allowed Wuhan air traffic to travel to the rest of the world. Essentially, Xi Jinping knowingly infected the rest of the world” (https://www.theepochtimes.com/kyle-bass-on-us-and-china-fallout-and-recovery-from-covid-19-and-hong-kongs-looming-banking-crisis_3316136.html/amp?__twitter_impression=true).  That was a sly distortion of the truth.  The fact is that China gets around 56.9 million international tourists a year.  Tourism was at its peak at the time the coronavirus hit China.  What else could China do but send the tourists back?  Or would the US have liked its own citizens to be quarantined in China for four months?

Linked to this is another “intelligence report” that claimed that millions of telephone SIM cards went dead within a week of the virus outbreak, which suggested that so many people were exterminated.  What absurdity!

The decision to stop funds to the World Health Organisation (WHO) even when the pandemic was in sway once again reflects a mind that does not care for collateral damage. The paucity of funds will mean less money for treating patients in other poor countries. Even if the US had a bone to pick with the WHO, this was not the time to withdraw funds.  That act may kill many more people around the world.

But the US is known for planting and even fabricating stories.  It is worth recalling the way the US swayed public opinion in Europe against Saddam Hussain by getting a PR agency to feature a 15-year-old Kuwaiti princess on television. In front of cameras, with tears in her eyes, she told her story of how she had escaped Iraqi soldiers who were intent on raping her.  Princess Nayirah, as she was called, narrated how she had concealed herself in an incubation ward for prematurely born children in a hospital; how the soldiers came, tore aside the oxygen tents in an attempt to find her.  They failed, she said, and burst out sobbing. Through her tears she talked about how she watched infants gasp for breath and die but couldn’t do anything because she was fearful of her own life.

Later at a Senate hearing in the US, she repeated her story, once again in front of cameras, and once again burst into tears.  Another person, who claimed to be a grave digger, swore that he had himself buried 14 new-born babies (watch the five minute video The Great Conspiracy – 9/11 News Special You Never Saw — from timeline 20:18 at https://www.youtube.com/watch?v=paXD5W8bOKg  or watch it from https://www.bing.com/videos/search?q=youtube%2c+the+great+conspiracy&view=detail&mid=C42852614B6555412C9DC42852614B6555412C9D&FORM=VIRE).).

The story was proof of the thuggish ways of Saddam Hussain and his army.  Till a Canadian TV team went to Kuwait to do a story on Princess Nayirah and found that there was no Kuwaiti princess. She was the daughter of the Kuwaiti ambassador to the US and had been coached by a PR agency close to the government.

When the story broke, Amnesty International was compelled to issue a public apology.

The role of the US in regime change, toppling legitimate governments, killing people, destroying property is brought out quite eloquently by Harold Pinter in his 2005 Nobel Prize acceptance speech (https://www.nobelprize.org/prizes/literature/2005/pinter/25621-harold-pinter-nobel-lecture-2005/).  He called the US action in Iraq “a bandit act, an act of blatant state terrorism, demonstrating absolute contempt for the concept of international law.”  And he bemoaned the tapestry of “lies upon lies” that the US had woven for media and the public.

The Nayirah episode and the Iraq invasion are just two such instances. There are countless others – from the way Jeffrey Epstein died (https://www.nytimes.com/2019/08/10/nyregion/jeffrey-epstein-suicide.html), to the way the US tested nuclear bombs.  The latter has been documented by John Pilger’s incredible film on “The Coming War on China” released in 2016 (https://www.youtube.com/watch?v=vAfeYMONj9E). Clearly, the US was bristling for a showdown.  Now, it just needs an excuse to build a story to justify its intent. So, is the court case against China another step in trying to mobilise public opinion against China?

India in the 1980s: The lull that shaped the storm