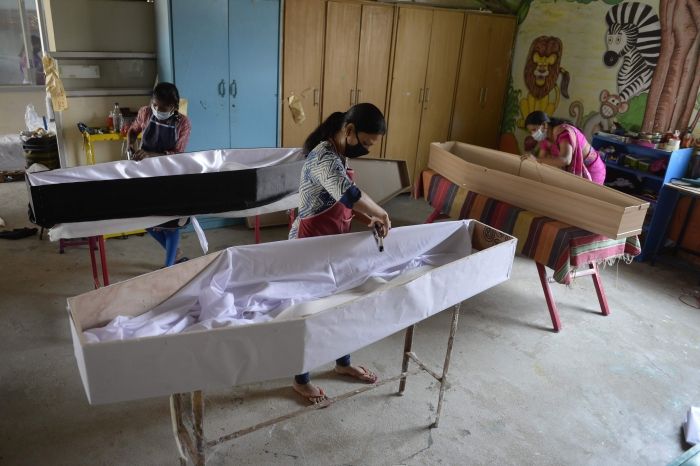 There was a time when anybody could access data of deaths taking place in India.  Not anymore.  At least, the information seems to be missing from http://censusindia.gov.in.

That information is crucially important today because several reasons.  First because the actual numbers of certified deaths would help us know the percentage of coronavirus deaths from among certified deaths, and not the entire population of those who die each year. Without this perspective, the conclusions we draw could be misleading.  Second, because it will in turn increase the pressure for more and better health services, which in turn will mean a healthier India.

Today, the website continues to exist. But it hosts information about deaths only till 2014. So, there is an annual report on Medical Certification of Cause of Death (MCCD) for each year, till 2014.  There is no annual report thereafter.

More worrying that many deaths are not even registered.  That would mean that people die without anyone knowing that they have died.  This is borne out by researchers Mudit Kapoor and Shamika Ravi  (at the time of writing the article in December 2018 the former worked with the Indian Statistical Institute and the latter with Brookings Institute) when they state (https://indianexpress.com/article/opinion/columns/citizenship-amendment-act-state-incapacity-and-nrc-protests-6184823/) that “in large and less developed states such as Uttar Pradesh and Bihar, 62 per cent and 74 per cent of the births, respectively, were registered, while only 38 per cent and 43 per cent of the deaths, respectively, were registered. Overall, in India, 85 per cent of births and 74 per cent of deaths were registered.” In other words, 26 percent of the deaths are not even registered.  And only 21% of the registered deaths are medically certified – going by the percentages in the 2014 report.

What this also points to is that India does not have enough doctors to ensure that all deaths are certified. This is unfortunate because when we see the number of patients milling around government hospitals, India offers an opportunity for creating a few hundred additional medical colleges – since the patients are there for being diagnosed.  After the teacher has taught the theory, the only ways students become good doctors is by having to deal with lots of patients.

Instead, the government has — over the past five decades – opted to promote private medical colleges, many of which appeared to be more interested in making money that imparting quality medical education. The fact that many Indian students go overseas for medical education is another pointer to the latent demand — and inadequate medical seats — in India.  One of the big problems India faces during the current Covid-19 pandemic is the shortage of medical staff.  This needs to be addressed urgently.  To make this possible, India needs to spend a lot more health services (https://www.moneycontrol.com/news/economy/policy/coronavirus-pandemic-indias-poor-healthcare-spending-is-hurting-the-fight-5123081.html) and augment the numbers of both hospitals and medical staff.

Yet, just two years ago, the government appeared more keen to upgrade ayurveds, homeopaths and unanis as qualified allopaths (http://www.asiaconverge.com/2019/04/healthcare-requires-more-doctors-not-bridge-courses/) if they appeared for a short bridge course, than in increasing medical seats. At that time, Moneycontrol asked the government spokesperson (https://www.moneycontrol.com/news/business/economy/budget-2020-not-new-courses-or-new-institutes-make-graduates-employable-4897131.html/amp) that if a bridge course would suffice, why not have a bridge course to upgrade government clerks to IAS officers?  Or courtroom boys to judges? Needless, to say, the government spokesperson kept silent.

It is, obviously, highly dangerous to interfere with the sanctity of any professional certification programme. Fortunately, doctors have challenged this move and the matter is now pending before the courts.

There is another worrying issue that needs to be addressed.  The disappearance of such data from the public domain means that India’s policymakers have now to depend on the information provided by bureaucrats – who can be wily if they want to be.  The best way policymakers can arrive at the right solutions is by crowdsourcing opinions.  That is possible only when crowds have access to data.  By removing such data, policymakers end up making themselves, and the country, more vulnerable. It was to reduce this vulnerability, and to empower people, that the Right to Information (RTI) Act was introduced.

QED: all deaths need to be medically certified; more information will increase the pressure for more and better health services, which in turn will mean a healthier India.

Gujarat elections: How the Hindutva beef ban may have actually hurt...

http://www.moneycontrol.com/news/trends/current-affairs-trends/gujarat-elections-how-the-hindutva-beef-ban-may-have-actually-hurt-the-bjp-2463527.html Beef ban and Gujarat elections results may have a connection The Bharatiya Janata Party has won an underwhelming victory in Gujarat. And, ironically, one reason...