Home Analysis How neglect of education and healthcare has put lives of millions of... 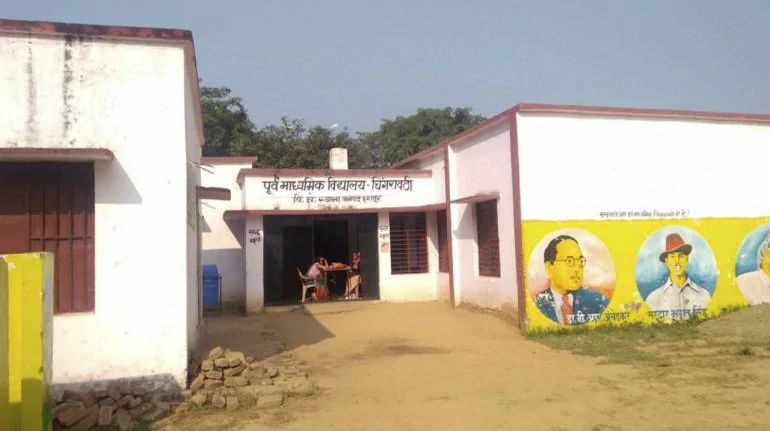 India is facing its biggest and most frightening health emergencies in recent memory. The country has extended the almost two-month-long lockdown by another two weeks, though with fewer restrictions, to prevent the spread of the rampaging coronavirus that is known to have infected at least 96,169 and killed 3,029 people.

With infections rising at a faster clip, India’s healthcare system, which is far from adequate, will we tested by the virus that has overwhelmed even the best facilities in the world.

Warning bells have been ringing for India’s healthcare system for a while now. Health and education are two factors that contribute to the development of a country. Both, in many ways, are inseparable in formative years.  Unfortunately, both have been ignored by the Atma Nirbhav schemes.

Policymakers appear to have forgotten that education and health are two factors that contribute to the future development of a country.  Both are – in many ways – inseparable during early years.  For instance, you may provide children nutrition, but fail to educate them on how to maintain hygiene.  You may not educate a child about the need to differentiate between a good-touch and a bad-touch, or about the need to avoid gender discrimination.  Those are basic rules that fall halfway between education and health

Omit education, and you could still cause the death of a child.  Omit nutrition and health saving measures and death becomes more probable. Together, the absence of both, they end up maiming future generations. Neither is separable from the other – at least in the formative years known as primary education.  The separation comes in later.

That could in many ways explain why the government of India might as well be signing death warrants for millions of children year after year.  And in the bargain, it will also ensure the almost total decapitation of future generations of Indians.  It could also permanently maim the possibility of India emerging as an economic powerhouse.

This time it will not be because of any global downturn or the mischief of foreign powers.  It will be because the government of India – successive governments, not merely this one — chose to spend more of its money on votebanks, and on pushing policies that would have benefitted  a favoured few promoters than on quality education and healthcare.

But how does one arrive at the idea that millions of  children could be condemned to death prematurely each year?  The answer lies in the UNDP report on Human Development 2019 (see page , overview, page 1 in the document that can be downloaded from http://hdr.undp.org/sites/default/files/hdr2019.pdf).

In that report, UNDP states the following:

And that obviously makes one wonder where India stands. That can be easily fathomed when we consider the table on Human Development Index.

Two of the key contributors to human development are education and health.  While the latter is crucial for short term objectives (you go to a doctor to ward off illness and death), the former is a slow killer.  The latter is more deadly because it saps capabilities and maims future generations as well. India’s poor spending on education and health has thus been a prime contributor to its low score on the Human Development Index.

This in turn had a major role to play when another – more sophisticated ranking was devised by the World Bank in 2018 – called the Human Capital Index (HCI). India is one of the the worst performers in this part of the world. In this neighbourhood India fares more poorly on the HCI Index than do countries like Bangadesh, Nepal  and  Sri Lanka, which were once considered as countries India had to protect and nurture.

These weaker nations have stolen a march over India because they continued to invest in education and health, the two key sectors that India chose to ignore.

True, the present government has announced an ambitious health insurance scheme under Ayushman Bharat.  But it does not have the requisite number of doctors and medical administrators who can ensure that the scheme is properly implemented, and the money properly utilized.  Without these people, the Ayushman Bharat could end up promoting another financial scam, notwithstanding the government’s best intentions.  India’s investments even in medicare-related education and skills is woefully pathetic.

Thus, India is among the poorest performers in the world, despite tall claims about the size of its economy, and its aspirations to be a global power very soon (https://www.moneycontrol.com/news/business/markets/opinion-do-the-stock-markets-care-for-economic-growth-3073061.html).  The only consolation India currently enjoys is that Pakistan’s scores on the HCI are lower than those of this country.  But is that a benchmark that Indi should even consider adopting?

The only other saving grace is the centuries old practice of nurturing family ties.  Hence an unemployed youth can still be sustained by his or her family for years.  Some of the children might still escape the jaws of death thanks to the family, not the government.

This is one reason why India should bring out a white paper – in light of the UNDP statement given above – showing how many youth died because they could not reach their full potential on account of mis-goverance and policy failures.  Four other articles in this series focus exclusively on education, They will show where policy failures have occurred, and where the right to education was deliberately sabotaged in pursuit of political interests. These articles will also suggest what should be done to prevent this cold-blooded slaughter of children year after year.

In fact, on 11 February this year, no less a person than N Vaghul, former chairman of ICICI Bank urged the government not to neglect public education (https://timesofindia.indiatimes.com/blogs/toi-edit-page/dont-neglect-public-education-we-are-not-laying-a-good-foundation-for-the-future-by-underinvesting-in-education/).  He also pointed out how, the government hasn’t been spending on education even though it has the funds allocated for this purpose. “From the 2017-18 annual financial audit of government finances by the Comptroller and Auditor General (CAG), it is clear that Rs.94,036 crore of proceeds of education cess collected over the years by the government is lying unutilized in the Consolidated Fund of India.”

India needs to understand how woefully it has erred because it has not paid much heed to education.  The victory of Arivind Kejriwal may actually bring education back into focus, because that was one of the factors behind his electoral victory in Delhi.

A modified version of this report appeared at https://www.moneycontrol.com/news/economy/policy/coronavirus-pandemic-indias-poor-healthcare-spending-is-hurting-the-fight-5123081.html Coronavirus and health – India paints a sorry picture If the coronavirus is battering India, don’t be...