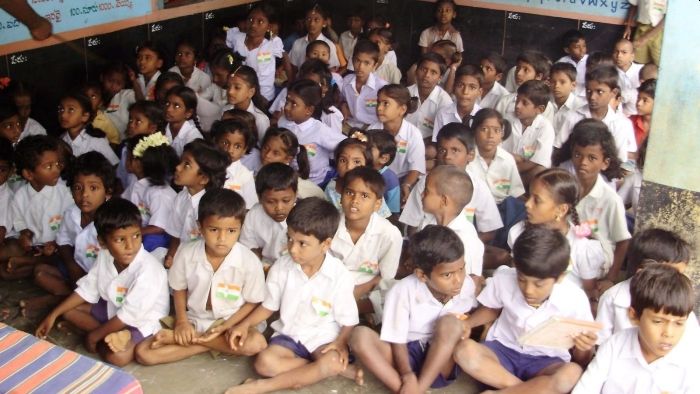 Whatever happened to education in Atma Nirbhar

Except for lip service to online education (Technology driven Systems – Online Education during COVID-19, on page 6 of the fifth document released as part of the Atma Nirbhar darbari sessions), there is just no mention of education and health care anywhere.

The government in its attempt to present a razzle-dazzle show of what it plans doing for the country and its people, failed to include the very pillars which make a country self-reliant or atma nirbhar.  Those two pillars are education and health.

Do bear in mind that India has one of the poorest investments in education and health.  That is why its ranking on the World Bank’s Human Capital Index is the lowest in this region.  The only country with a ranking that is lower than India is Pakistan.  So has India’s benchmark stopped being that of a world power, but its western neighbour?  This is not what Atma Nirbhar was meant to be.

Even before Covid-19 erupted on the world as a pandemic, there were enough indications that India has messed up its education strategy almost entirely. For instance, there is the Human Development Index score – again compiled by the World Bank – which shows India as being a notch above (hold your breath) CAR or Central African Republic, and Niger (see chart).  What is equally interesting that India’s rankings grew by just 1.43% from 2013 to 2018.  This is approximately the tenure when the present government has been in power.

Someone should have told the finance minister that there can be no self-reliance without education, especially when it comes to basic education. Look at what Pratham had to say in its latest report (https://img.asercentre.org/docs/ASER%202018/Release%20Material/aserreport2018.pdf). It points out how, in 2018, only 44.2% of the boys in Std V could read the books meant for Std II.  This score had declined from 53.1% in 2008.

This is because not enough investments are made in education, especially teachers, and infrastructure.  Little attention is paid to outcomes.  Thus, the quality of education is so poor in schools, that the input for colleges is terrible.  And no amount of good teaching at college level can erase the rotten education provided in schools.  Not surprisingly, India has a problem of unemployability, not unemployment.  According to organisations like McKinsey and TCS, barely 20% of college students in India is employable.  Talk to the big law firms, and they put the employability number at just 1%.

Now with millions of migrants having lost their jobs, the only way the next generation can be saved, is by providing them good education.  That alone will give them the ability to learn new skills in a changing world.  The jobs of tomorrow will most probably, not be the jobs of today.  New skills are urgently needed to prevent India becoming a basket case.  That is where investments in education become critically important.

Where is the money?

But the government spend precious little on education.  Look at the

figures gleaned from the Economic Survey of the government of India (see chart).  India barely 3% of its GDP on education.  It should be 6% at the very minimum.  It is better to cut down doles.  If you want India’s future ensured, begin with education.

Instead, what has India really specialized in?  Its education system is so bad, and the seats for quality higher education so few, that most good students are compelled to go overseas to seek out good education. Take almost all the IAS officers.  Their children are overseas – usually on scholarships, but which is money spent by someone or the other.  Ditto with children of almost elected representatives.

When these numbers are aggregated, it is then that you realise that all these years India has being making other countries rich.  It creates jobs for teachers and academic staff in other countries. According to figures gleaned by FPJ, India allows almost Rs.2.25 lakh crore (over a tenth of the stated outlay for the Atma Nirbhar proposals) each year (see chart).  And these are most conservative numbers, because we have assumed average expenditure per student per year at just Rs.30 lakh.  It is often double this sum.

So, in five years’ time – when some of the proposals outlined in in the Atma Nirbhar documents get implemented, if at all – India will have allowed foreign countries to benefit by Rs.11.5 lakh crore.  This money could have helped India tremendously.

This needs to be reversed.  And this is what Atma Nirbhar should have done. If India manages its education well, it can actually earn money from providing quality education.  It could learn from Bangladesh, which has already begun doing this.  Almost 500 Indian students go there for medical studies.

But this improvement must begin with primary schools.  Else you will have the made numbers for the joint entrance examinations (JEE) for IITs and the staggering numbers for NEET as well.

Unfortunately, like Jawaharlal Nehru, politicians like talking about colleges, universities, and other institutes of learning (though without providing adequate money for running them efficiently).  Like India’s first prime minister, they talk of big things, but forget the small.

Look at how India has treated its migrant workers.  Even today, medical interns are paid pathetic sums, and resident doctors of government hospitals stay in places where malaria is rampant.

India forgets to pay decent sums to its police, its magistrates and even its judges – certainly not comparable with the dignity and the standard of living their peers enjoy in other countries. India’s elected representatives have thus exploited them, paid them little, and transferred those funds to areas from where they could get votes.

Look at the last chart which shows the callousness of India’s planners. Yes, they provided for 77% more schools between 2011-12 and 2017-18.  But the increase in funding was just 47%.  Even while it did not have money for schools, it went on to open more colleges and Universities, for which funding details could not be got.  But overall, funding growth for education during this very period was 49% even though the growth in total numbers of educational institutes was a lot larger.  Thus, instead of increasing funds, it reduced funds.

This is where the entire exercise of India becoming atma nirbhar or self-reliant is a cruel joke.

The issue of health services shall be dealt with in another article.

Surge pricing: Can everything be left to free markets and demand-supply...

http://www.firstpost.com/business/surge-pricing-ola-uber-dgca-free-markets-tatkal-railways-2779430.html Can surge pricing be right all the time? The buzz about surge pricing can be heard almost everywhere. Suddenly, you hear ardent defenders of the...