Home Policy Watch When the shadows grow longer, and dread begins to reign… 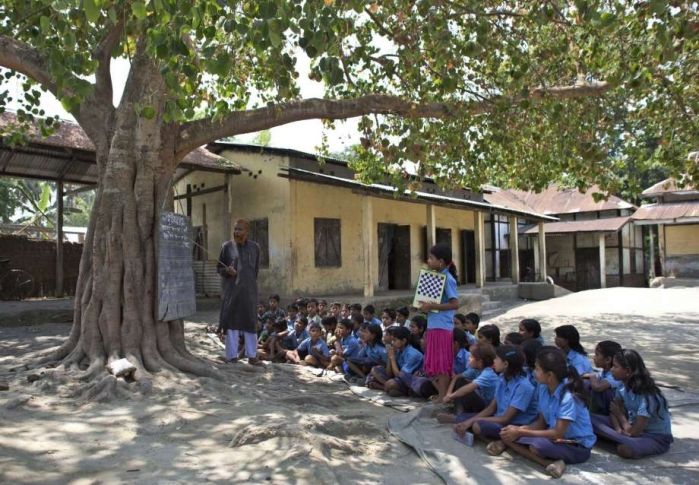 When shadows grow longer than the man, it means that the sun is setting . .

There is an old saying that when the shadow of a man grows larger than the person, it means that the sun is setting.

There are too many shadows that are growing longer and larger.  One can feel the icy finger of dread running down the spine.  The Indian economy is setting all right.  All indicators point in that direction.

And one hopes that, as in the past, something will save India from falling over the cliff.  This happened in the 1960s. Happened again in 1991.  Can one hope for a miracle again?

But let’s go back to the shadows.  The longest shadow is that of education ministers and politicians who are clamouring for a ban on final examinations.  The University Grants Commission (UGC) the nodal body for college education in India, is firmly set against any cancellation of final examinations.

Clearly, legislators think it is their turn to strut on the stage – which they haven’t even paid for. They do not understand what a cancellation of an examination could mean – for filtering out the chaff from the grain, from allowing students to apply for jobs, and for other students to apply for higher education courses.  It could mean the loss of an entire year for final year students. Does it make sense, therefore, to tilt against windmills?  Shouldn’t populism be kept aside for now?  Isn’t this a time for sober thinking?

Education is one subject on which almost every legislator likes to wax eloquent.  The language of instruction? Which languages should be made compulsory? How strict should the examinations be for filtering out the meritorious from the rest? What content should be permitted? How much of the syllabus should be diluted? Even which leader’s biography should be included in textbooks?  And of course, should online education become compulsory for children under Std II?

Each of these legislators has begun to assume that a larger shadow means a larger man.  They have learnt from the Privy Purses case that when courts rule against legislators, there are ways to circumvent courts – both legally and otherwise.

Each of these legislators would like to see himself waxing eloquent before cameras and journalists, without even bothering about the basics. He has not spent enough on education (see table).  It does not even matter that India’s ranking on the HCI (Human Capital Index) is the lowest in the region (but for Pakistan, which is keen to catch up).

He is oblivious of the need to ensure that only the most competent should be allowed to become teachers (http://www.asiaconverge.com/2020/06/the-qs-scores-highlight-5-things-india-should-not-do/).  And the best teachers get salaries that would not encourage them to look for jobs elsewhere in other sectors.  For them, merit is meant only for cricket teams, not for education or other jobs.

A simple way to do ensure that only the meritorious remain teachers is by measuring outcomes (http://www.asiaconverge.com/2020/06/blighted-vision-for-healthcare-medical-education/).  Only those who succeed in achieving the right outcomes would get higher salaries.  The rest would not.  In fact, failure to achieve outcomes for three consecutive years should invite dismissal of non-performing teachers. How to draft the rules for this stratagem is something that India’s wily bureaucrats can easily do.

Few legislators have been considered the fact that by the time students come out of schools, half the jobs in the marketplace just won’t exist.  They will be taken over by robots, or software or technologies that have made such jobs redundant.  At such times, it is imperative to groom students in the basics of language, science, and mathematics – subjects that can be applied to almost anything.  The more universal a language, the better.  The universal appeal of the language allows for greater marketability == and global mobility — of the student.  You cannot expect a job if you are proficient only in Sanskrit.  Of course, multilinguals have a better chance at getting the job than people who know only one language.  But the language of proficiency is always considered first.

But why talk of education alone.  You have even a reputed organisations like ICMR has been trying to dictate a deadline for virus identification, and a vaccine being created.  Another person who tilts at windmills. Another example of a long shadow and a short person?  Another indication of a sunset?

Then you have army commanders who have studiously kept away from making statements to the media.  During the past couple of years, you have serving officers from the defence forces making statements that border on being political or supporting a certain line of thinking.  This wasn’t the case earlier.  Was the army also posturing and trying to show a longer shadow for itself?

And there have been lies galore.  In fact, just last week, no less than the Supreme Court of India had to pull up a state government (https://www.freepressjournal.in/mumbai/govt-pulled-up-for-claiming-migrant-workers-didnt-face-any-problems) for claiming that migrant workers hadn’t faced any problems. And the list of lies and half-truths told by both states and the centre can be pretty long.

Even law enforcers have begun doing what the law makers do – show contempt for the law.  Just look at custodial deaths. According to the NCAT (National Campaign Against Torture), “out of the 125 deaths in police custody, Uttar Pradesh topped with 14 deaths, followed by Tamil Nadu and Punjab with 11 deaths each and Bihar with 10 deaths,”  Another media source highlighted that India faced 5 custodial deaths every day (https://www.thehindu.com/news/national/five-custodial-deaths-in-india-daily-says-report/article31928611.ece).

And, yet, ironically, we heard the prime minister exhorting a global audience to come to India, telling them just a few days ago, that ‘This is an India that is reforming, performing and transforming’. Barely a day later, a gangster was shot in cold blood, in an NDA ruled state, while in police custody. It reminded one of another such case in Maharashtra where, last month, four policemen charged with killing Khwaja Yunus, in custody, were reinstated.

The shadows are growing longer.