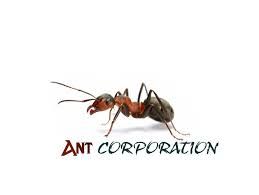 At a time when Covid has wrought economic havoc and has companies and banks running around to raise funds, there is a huge pool of money waiting to be invested.

According to a study by Statista, there is $ 378 trillion global money invested in financial assets! This is just over four times the total global income of $ 92 trillion! This pool seeks higher returns and is willing to invest in assets that it determines will provide it. Never mind the political discords (it handles 4 times the money of Governments anyways).

The Assets Under Management of  Blackrock, the largest asset manager in the world, is $ 5.98 trillion. Were it a country, it would rank 3rd. Second is Vanguard, with $ 4.8 t followed by State Street Global, with $ 2.5 t. All are American firms.

Thus it was that the Government of China was able to offer $ 6 b. worth of bonds DIRECTLY to US investors. The tenures ranged from 3 to 30 years and the interest rates ranged from 0.4% (for 3 years) to 2.25% (for 30), and the demand was for $ 27 b. The yield on the 10 year bond was 0.5% higher than an equivalent US Treasury bond, enough to lure investors.

Chinese companies, too, tapped into global markets. In September, the Three Gorges Corporation, owner of the dam, raised $ 500 m. in 2030 bonds with a 2.25% coupon.

Just last week, Jack Ma’s Ant Corporation  (Alibaba) made the world’s largest equity IPO, beating the Saudi Aramco one, of $ 35b., and got bids for $ 3 trillion! Investors see Ant as shaping the future of finance. It has 1 billion customers using Alipay, its digital platform, to make transactions and obtain credit instantly.

India, too, is badly hit by Covid and its companies, banks and the Government (both Centre and States) would need to access funds.

Reliance Industries has shown the way, raising $ 20b. by stake sales in its Jio platform, to leading global companies. More need to follow, and we must have a planned approach to promoting our debt and equity markets.

But we are slow to adapt, sadly. Several Investment banks have excellent investors meets both in India and abroad, to promote our Equity markets, but few, if any, promote the debt market. Globally debt markets are larger than equity markets.

Finance Ministers have often repeated the need to invest $ 1.5 trillion, over the next 10 years, into infrastructure. That is $ 150b. a year. In 2019 the domestic IPO Market provided some $ 12.5 b. in IPO, QIP and OFS issues, so there is a huge gap that needs to be filled by external investors. Where is the effort to promote the Indian debt market? Infrastructure projects need more of debt funding than equity funding.

Commerce Minister Piyush Goyal states that core sectors have bounced back fast, and our FM believes that the Indian economy will be one of the fastest growing next year. That is good news.

We do need to speed up decision making though, if we want to grow this way. Nitin Gadkari, Minister of Road Transport & Highways, and of MSMEs, whilst inaugurating a new HQ of NHAI, honestly stated that the construction of the HQ was not an achievement, as it took 9 years to build! This was not a highway or a complicated project needing land acquisition or high technologies, but a building that ought to have been finished, perhaps, in a year. The work culture needs to become result oriented and time bound.

Another example is the 21 years it took to sentence a former Minister involved in the 1999 coal scam. Unless all arms of Government join hands to tackle the issue of judicial delays, the pace of economic growth would be slow.

When it wants, GOI is very capable of performing fast and efficiently. Witness the building of the Atal Tunnel, the longest tunnel above 10,000 feet, when the situation in Ladakh warranted it. The GOI is also building up its defence capabilities, sadly neglected by earlier Governments, in an organised manner. Kudos to it for that.

Over the past week the sensex fell a wee bit, from 40,685 to 39,614. In the coming week the main factor to watch out for would be the US elections. The market may be shaken if Biden wins, based on his promise to raise taxes. For Indian markets, though, changes in the MSCI Index could see a potential $ 2.5 b inflow in November/December into Indian markets. That would cause a spurt!

The spurt would be sustained in 2021 if India acts faster and continues on the path of economic and judicial reform.