Home JMulraj Please sir, can we have some more? 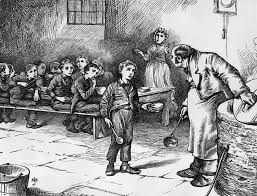 The Government needs to be complimented for several achievements. Last week, for example, 3GPP, a global standards body, approved the Indian navigation system,   NaVIC, developed by ISRO. India becomes the 4th country, after US, Russia and China, to have its own GPS system, a signal achievement (pun intended).

Similarly, in defence manufacture, long neglected by previous Governments, India’s Russian Joint Venture has successfully produced Brahmos, a hypersonic missile. This has now been tested, and proven, for land, air and sea use, and has developed an export market to Philippines, for example. It is best in class, globally. Other indigenously developed weapons system like the Agni 5 long range missile, Prithvi air defence shield, Tejas, a 4th generation lightweight multirole combat aircraft, Akash SAM and others, are commendable achievements, lowering both the cost and the dependency, on imports.

Yet there are areas where more needs to be done, there always will be. Let’s see three of them:

DHFL, a defaulting NBFC, was taken into liquidiation, and bids were invited for the company, attracting offers from the likes of S C Lowy, a HK based privately owned banking group which is a  market leader in distressed debt and high yield bonds, Piramal, Oaktree and others. After bids were closed, the Resolution Professional changed the goalpost, and asked for another round of bidding. As a result, S C Lowy is looking to pull out of the bidding.

Such changing of goal posts does not inspire investor confidence, nor, indeed, does retrospectively changing laws and should not be resorted to.

This is on top of a judicial system that is famously slow in resolving disputes (our world ranking in settling commercial disputes is abysmally low, in Ease of Doing Business) and a lax supervision and enforcement system. An RTI inquiry revealed that, in the past 5 years, only 2 of the 72 fugitive economic offenders have been caught.

Policy makers seeking foreign investment and asking the mirror, mirror on the wall, who is the fairest of them all, should listen to the reply and course-correct.

As developed countries are seeking to reduce their China dependency, emerging markets are giving sops to attract greater Foreign Direct Investment (FDI). Towards this end, India has reduced corporate tax rates to highly competitive ones, and has recently introduced a production-linked-incentive (PLI) scheme in certain industries. The stumbling blocks left are the penchant to change rules of the game midway, the desire to alter laws retrospectively, the slow enforcement of contracts and the delays in enforcing international arbitration awards. These need to be seriously and immediately looked at.

Affordable housing is every country’s dream, and Governments make several efforts to achieve it. Most countries welcome foreign investors into housing, to increase supply, but this often leads to speculative ups and downs of prices. So, Australia, for example, permits foreign investors to invest in only ‘land up’ or greenfield projects, not in already constructed housing. This helps create new supply and reduce the volatility in the real estate market.

Indian laws, instead, strangely put curbs on supply. Two examples are the Rent Act, brought in as a temporary measure, but now made permanent because of vested interests of politicians. As a result, buildings are poorly maintained (no revenue for proper maintenance) and sometimes collapse, killing many. Also, it constricts freedom of movement, a constitutional right, because, to move to another location and rent  a home is more expensive than it needs be. Another hurdle, as pointed out by R N Bhaskar, is the restriction on FSI. Whilst other countries have far higher FSI, e.g. Bahrain (17), New York (15), Chicago (13), in Mumbai it ranges from 1.33, for most of the city, going up to 4 at BKC, and the highest is 5.95 in Salt Lake City in Kolkata.

There was a time when urban planning considerations kept FSI low. Fire fighting abilities for high rise building, or finding enough parking for all residents in them, were some. Most of these are, or can be, addressed. The only reason to restrict FSI and allow more apartments to be built vertically, seems to be vested interest of those who want to keep prices inflated.

So what happens? High real estate prices result in poor economic opportunities (fewer jobs for employees, higher cost for small businesses) and highly educated people migrate to other countries. As per Statista, the largest number of educated immigrants come from India!

In other words, high real estate costs because of legislative roadblocks benefit a handful of people, whilst depriving India of a talent pool of highly educated people. Is it any surprise that the CEOs of Google, Microsoft, Adobe, Mastercard, Nokia and others are of Indian origin? If they had good opportunities in India they could have made Indian companies of global scale.

When will our polity start working for the nation?

India spent 1.3% of GDP on healthcare in 2018, far below other countries. In the fight against Covid, this has manifested itself in shortage of doctors/nurses and hospital beds. As pointed out by renowned cardiac surgeon,  Dr. Devi Shetty,  higher medical education has become, unnecessarily, elitist. He points out that it takes Rs 400 crores to start a medical college, thus ensuring that the fees are high, and hence unaffordable to most. It subsequently increases cost of treatment by doctors who have had to pay exorbitant fees.

In the Caribbean islands, he points out, the medical colleges (which train doctors for the US) in rented premises, and do not have, as India does, 140 trainers for 100 students (they can teach 1000). Consequently, we have far too many gynaecs, anaesthetists, radiologists etc than needed, most are urban centric. A paucity of gynaecs, especially in rural areas where most births take place, results in higher mortality of women and of children in childbirth.

Again, why? Is it because there is money to be made from the scarcity of seats, requiring high fees, and bribes? And what are we doing to our country? What is the price of greed?

The BSE sensex ended the week at 44,149, almost flat over the week.

The world is awash with liquidity, meant to encourage consumption, by individuals, and investment, by companies. Money, being fungible, is finding its way to different markets, mainly into stocks, providing a liquid injection before a Covid one.

There are 4 front runners for the Covid vaccine, two based on mRNA (modified RNA), Pfizer and Moderna and two are attenuated vaccines, viz Oxford/Astra Zeneca and the Russian Sputnik. The first recipients would be frontline, healthcare workers, followed by others. That would allow economic activity to resume, and the economy to recover faster. That’s the good news.

In news of concern is heightened geopolitical tensions. The top Iranian nuclear scientist has been assassinated, and there can be repercussions. China’s belligerence remains high, and it is threatening to take action to obtain Taiwan which it considers as its property. Whilst weather, and a strong US presence deter it from a military invasion now, Q2 of 2021 might permit it.

Trump is not conceding the elections and is contesting them in some states, legally. Even if legal challenges fail, he may use Constitutional provisions to do so. If election results are not certified by the States, the Congress has to step in to do so. And though the Democrats have a majority, as per an Amendment, number 12, of the Constitution, each State gets one vote. So this uncertainty can unnerve markets.

We live in interesting times.