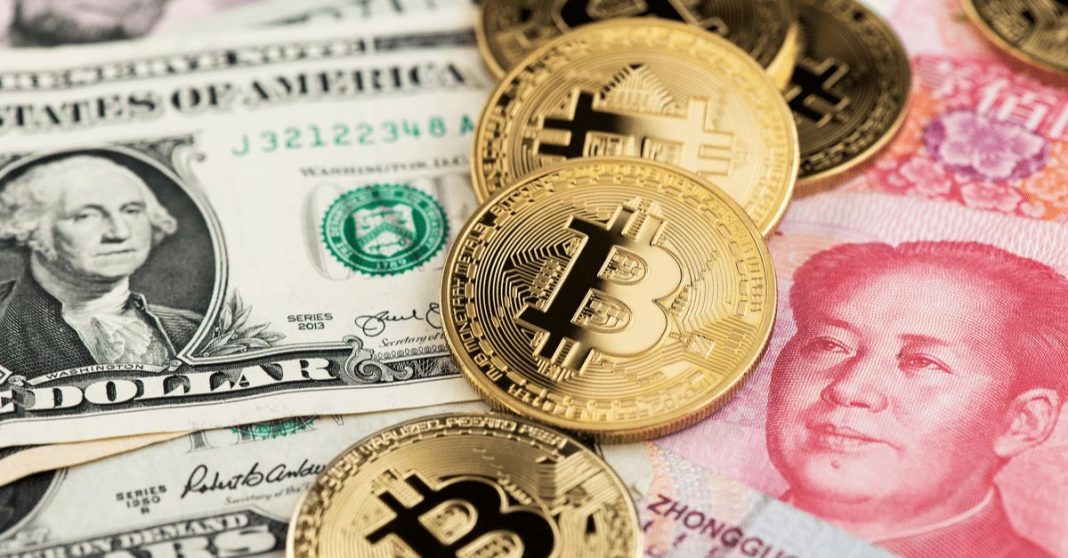 We are in the 4th Industrial Revolution, one which will see huge changes in almost everything. This includes money.

Up until 1944 the British  Pound was the global currency, because Britain was the dominant global power, with an empire over which the sun never set. The devastation caused to it due to the 2nd World War caused, after a conference in Bretton Woods, the baton to pass to the US $.

Until then currencies were backed by gold, and hence supply was reined in by gold reserves. A  country importing more than it exported, had to transfer gold to meet the gap. One of the decisions taken at Bretton Woods was that all countries would be linked to the US $, measuring their currencies against it, and obviating the need to transport physical gold, but transporting the currency instead, much easier. The US Government agreed to exchange the $ holdings of other countries into gold at a fixed price of $ 35/ounce.

Richard Nixon suspended this conversion of USD into gold at $ 35/ounce in August 1971, after the Vietnam war (1955-75) had weakened its finances, as had WW II Britain’s.

Untethered by the discipline of a gold holding, Central Banks all over have been freed to create money at the desire of their Central Governments, who issue bonds, or Treasury bills, to them in return. Given its role as the global reserve currency, the US has been thus able to live beyond its means, as other countries buy the T bills.

Shortly after the 1971 Nixon decision to renege on its Bretton Woods commitment to convert USD to gold, came the first OPEC oil price shock, in 1973. Henry Kissinger managed to sign a deal with the Kingdom of Saudi Arabia (KSA)  under which KSA agreed to price its sale of crude oil in USD, and the US promised  protection to KSA and its monarchy.  This led to a huge supply of petrodollars, kept out of the US, and thus allowing US money supply to grow without a huge impact on inflation.

The monetary structure has allowed all countries to raise debt, basically to unsustainable levels. Today USA debt, as per India’s Economic Survey 20-21, is 107% of GDP, which, together with private debt of 211%, makes a total debt/GDP ratio of 318%. Japan leads with a total debt/GDP of 444% (232 – Government plus 202 private).

Basically this is a giant Ponzi scheme, because the debt is repaid with further debt. This is why interest rates are artificially kept low, and consumer price inflation figures are fudged to justify low interest rates. For example, inflation in Boston in 2019 was 1.9% according to the official BLS, but was 8.7% according to a broader Chapwood index.

Stanley Druckenmiller, a star fund manager, Chairman & CEO of Duquesne Family office, says in this interview by Tony Pasquariello, head of Goldman Sachs Hedge Fund Coverage, that “Central banks have bastardised the most important price in the world, i.e. the cost of money.”

A Ponzi scheme lasts as long as there are people buying the story.

There is now a push back, led by China, to the hegemony of the US $. China and Russia, both of whom were subject of US sanctions, alongwith other countries, are  pricing their traded goods in currencies other than the US $. This takes them out of the SWIFT system, using which the $ funds are transferred between countries/banks, and because of which it is possible for USA to impose sanctions.

China is also launching a Central Bank Digital Currency (CBDC) which will be controlled by the central bank, and allows a faster transfer of directed funds straight into customer accounts,  bypassing banks. It also allows for greater control over individual finances. Interestingly, China has inducted SWIFT as a partner in this.

The advent of Crypto currencies was in 2010 when Bitcoin was launched. Its first trades were at $ 0.0008 to 0.08 per bitcoin, which is, today, after 10 years, $ 47,800. The value of a currency rises with its acceptance (network effect). The upmove from $ 0.08 to $ 20,000 was driven by individual investors. Institutional investors needed some elements in place before they could invest, including recognition of bitcoin as an asset class, having a regulator appointed to oversee it, having a custodian service for it etc. These elements are now in place and the move thereafter is being driven by institutional money, including corporate money and even Government money.

The Canadian senate had called in an expert, Andreas Antonopoulos, to educate and advice senators about various aspects of cryptocurrencies which they did not fully understand but wanted to.

However, Indian politicians do not have the need to seek such advice.

They ignore the fact that private crypto currencies are gaining wide acceptance. For example:

But Indian citizens will be disallowed this opportunity just because a ‘committee’ has so decided, and does not wish to take other views since it knows all. True, there are over 1500 coins and over 99% of them would likely fail. But that is an investment decision made by citizens.

Government has not protected investors when there has been outright fraud in several cases. PMC Bank allowed one group to borrow 75% of its funds, something disallowed by RBI, which was also asleep at the wheel. NSEL lent to 13 borrowers with no collateral of commodities and reneged on its legal obligation to honour counter party risk. SEBI and FMC were asleep at the wheel. So were authorities in the case of Ponzi schemes of Rose Valley, Sarada and others.

So, the contours of money are changing. The USD is likely to relinquish its role as a global reserve currency and something, or a combination of some things, will replace it. India, sadly, will be behind the curve in this.

Some of the decisions recently taken by the US will weaken its ability to compete. It has, for example, suspended the lease of Government land for fracking. It was fracking technology that allowed the US to convert itself from a net importer of crude oil to a net exporter, and the slowing down of this will not only create job losses, but also allow the price of crude oil to move up. With geopolitical consequences. Brent Crude has moved up to $ 62/b, more than triple its price in May 2020.

This is going to impact India’s current account balance, its manufacturing cost and its currency.

The US is also printing money, increasing money supply (China isn’t) and debasing its currency. Zero, or negative interest rates, are, by bastardising the cost of money, negating market signals and leading to a widening of income/wealth inequalities. The proposed $ 15/hour wage cost (double the current cost), combined with the higher crude prices will make manufacturing less competitive and widen the trade deficit further, hastening the weakening role of the $.

The news of a phased withdrawal of troops in Ladakh is good, though India needs to be on alert. The big weakness in India is the judicial system, with over 400 b. pending cases, stated by none other than Ranjan Gogoi, the former Chief Justice of India. Risks to investors are external, including rising crude prices and a weakening American economy. And, of course, myopic decisions like the proposed ban on private crypto currencies!

Walk through this model village of China

https://www.freepressjournal.in/business/walk-through-this-model-village-of-china By Jescilia Karayamparambil and RN Bhaskar The Yu village model has lessons for everyone December 6, 2019 While this is a model village backed by development and...