Home JMulraj Is the bull market on? Kindly bear with us 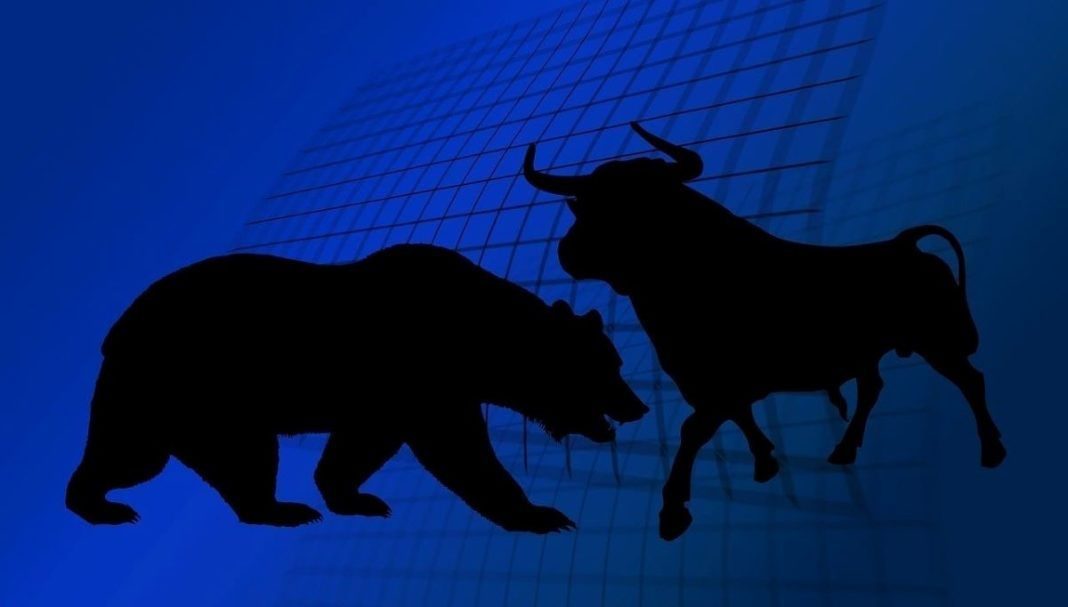 Two scenarios being played out

Stock markets are having a tremendous bull run. Despite the Covid pandemic which has ravaged economies by virtue of lock downs, they are at all time highs thanks mainly to the huge dollops of monetary stimuli given by various Governments. With interest rates in the developed countries near zero (sometimes negative), the equity market remains the main direction to which the stimulus money is headed.

The bull case is well outlined in an article in the Economist, ‘Biden’s big gamble’ of March 13 (click on the link). As a result of a $ 3 trillion stimulus several signs of an economic recovery, sharper than earlier expected, are visible.

Retail sales in USA are up 7.4% in January, thanks largely to $ 600 stimmies (stimulus cheques) they received. Due to the lockdown, and shutting of restaurants, cinemas, bars, amusement parks, households have saved $1.6 trillion and are dying to spend it.  Some Republican controlled states like Texas and Florida, had opened up dining and small businesses earlier, and their economies have rebounded. So one can assume that when others open up too, as they are doing after the vaccination drive, their economies will, too.

As any party goer will certify, the party goes on longer if drinks are on the house. Biden has just proposed a $ 6 trillion budget to make USA more competitive. This will lead to US hitting a record level of debt, and a record deficit. The money will be spent on things like roads, water pipes, broadband internet, EV charging stations and advanced manufacturing research. Nelson Bunker Hunt, whose failed speculation in silver in mid ‘80s drove them to bankruptcy, famously stated ‘a billion isn’t what it used to be’. Today, it seems, that to Biden, a trillion isn’t what it used to be.

With another $ 6 trillion being spent, the party will continue.

As any party goer also knows, there is a price to pay for indulgent tippling, and it comes in the form of a hangover.

One of the main costs is rising inflation. CPI in USA has gone to 4%. Usually the US Fed intervenes if it goes over 2%, by raising interest rates. Yet the Fed is reluctant to raise rates which is natural, considering that raising rates would make it even more difficult for the Government to service its debt. And, with these stimulus programmes, the debt is rising.

So what is happening now is that with restaurants opening up, there is a rush of demand from people who have been locked in and have money to spend ( remember the $ 1.6 trillion household savings?). But, there is a severe shortage of servers! With people getting stimulus cheques at home, almost equal to what they earn working at restaurants, the incentive to go work is reduced. Chipotle, a restaurant chain, is offering $ 15/hour, and, in its guidance, says that after 3 years, a server could earn $ 100,000/year, which is equivalent to what an engineer or a coder earns. A NYC Uber driver earns $ 38/hour. So the pandemic has created these supply side anamolies which will need to be worked out.

Another cost of the huge stimulus is the impact on innovation. Innovation is what has kept USA as the leading economy in the world. It is mainly funded by venture capital funding, which take bets on start ups, funding their ideas, knowing that probably 9 out of 10 would fail, but the one that succeeds will help pay for the losses of the others, and then some.

Now Biden has proposed a 38.6% tax on capital gains (alongwith state taxes it can go up to over 55% in states like California). This means that the venture capital firms would have, from their 1/10 success, to pay capital gains, leaving less money left over to fund newer start ups. This will, logically, negatively impact future innovation and take away America’s biggest edge over its competitors.

Another proposal of Biden is to increase the corporate tax rate from the 21% rate to which Trump had lowered it, in order to attract companies to set base in USA and so reduce its dependence on far flung supply chains. In order that companies are not ‘lured away’ by other countries, it is proposing a global minimum tax standard.

Yet another decision of Biden will have/is having, negative consequences. Via executive orders, Biden cancelled, for environmental reasons, the Keystone Pipeline project, meant to carry Canadian oil to the US. Biden also passed another order to stop leasing Federal land for purposes of shale fracking. As a result, the US, which was energy independent, now has to rely on other countries for its  energy needs, until such time as its renewable energy sources fill the gap. Hence the cost of petrol has gone up, affecting millions of Americans. In a country where public transport has not been developed, the change in gas prices impacts an American worker significantly.

So it looks like the stockmarket party will continue because free drinks are on the house until the negative consequences of over stimulating the economy catches up. Or until another event triggers a reaction from the growly bear.

The other event could be one of many. A likely one is the rejection of the US $ as the global reserve currency, a status that has allowed it to print its way out of any crisis. Recently no less an authority than macro trader Stanley Druckenmiller stated that the $ will lose its reserve currency status. That would surely be a trigger for a bear awakening.

Other likely triggers would be geopolitical events going out of hand. There are plenty. The Israel-Hamas situation is temporarily quiet but could erupt any time. So could the China situation over Taiwan or over other countries with whom it takes increasingly belligerant stands.

Last week the sensex added 882 points to close at 51,422. Barclays has pegged India’s GDP growth at 7.7% this year. This is less than 2 months after the IMF (which ought to know) had pegged it at 12.5% as per a Business Today article on April 6. Perhaps, when the IMF made its calculations, the impact of India’s second wave of the pandemic, which began in Feb, were not apparent.

The pandemic has now, worryingly, hit rural India. This can have a bad effect on agriculture, which has a 19.9% share of GDP. Manufacturing has been hit due to lockdown and difficulties in labour movement. Some services, amenable to work from home, have managed well, such as IT services, which are revealing better performances. But many services, such as restaurants, aviation, hotels, cinemas, have been shut. Services would account for about 55% of GDP. So the Barclay’s assessment seems to be more realistic and the IMF one, outdated.

Investors can consider riding the bull wave, backed by huge stimulus spending, but should be alert for warning signals of inflation and geopolitical risks.

MARKET PERSPECTIVE By J Mulraj Aug 22-28, 2021 Out of the Afghan hole, into Jackson hole ­­Stockmarkets are affected by a potpourri of factors, and one or more...