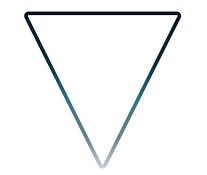 The return of stakeholder capitalism

Think about this. In 2020 total global defence spending was $ 1,981 b. As per Statista, total global capex on renewables was $ 225 b. on offshore and onshore , and on solar. And though the spend on education is higher, at $ 4.7 trillion, worldwide, only 22b. $ was spent in low income countries, with a population equal to the high income countries .

So humankind has badly misplaced priorities. It spends far more on developing defence capabilities with a view to dominate, leaving fewer resources for things like education in low income countries, which is needed. New weaponry is destructive; Education is constructive. Such misplaced priorities are pathetic.

Take defence spending. It’s a never ending race for countries to make weaponry others don’t have, or can’t stop. China upped the ante, recently announcing a successful test of a hypersonic glide missile, capable of reaching 5 times the speed of sound. This, being faster than any defensive missile, is unstoppable. It can be fitted with nuclear warheads, which poses a grave danger to the world.

Earlier Russia had tested its Kinzal hypersonic cruise missile. The US is developing its own hypersonic missile, supposedly capable of 20 Mach, but two tests have failed.

So the polity places greater emphasis on the arms race than on the human race.

Or consider the environment. In this video a dinosaur advises the UN to avert an environmental disaster by failing to control carbon emissions. Political leaders have known about the looming danger of emissions for long, but have done little to stanch it, on the contrary, the world spends $5.3 trillion  a year on fossil fuel subsidies.  In the video, the dinosaur cutely says that the dinosaur had an asteroid as a reason for becoming extinct pet, asking the UN delegates what their excuse is.

The COP26 UN climate change conference is starting in Glasgow. Xi Jinping won’t attend. The dinosaur failed to convince him to.

Covid has disrupted and devastated the world economy and has messed up the global supply chain. Last week a senior official at NIH admitted that the US had helped fund (through an intermediary, EcoHealth Alliance, led by Peter Daszac) ‘gain of function’ research at the Wuhan, China lab. Dr Fauci had, in Congressional hearings, that NIH had funded gain of function research (I.e. research that enhances the biological function of gene products). He also admitted that Peter Daszac failed to report that the lab had created a chimeric bat corona virus that could transmit to humans. That, if true, is criminal, and both Daszac and Fauci bear responsibility, along with the Chinese lab and Government. Read https://www.zerohedge.com/covid-19/nih-admits-funding-gain-function-covid-experiments-gives-ecohealth-five-days-report.

Immediately, though, the supply chain constraints are very disconcerting, and affects all products and industries. It will also have a negative effect on corporate profits, and on gdp growth.

As per Financial Times, Oct 28, US GDP growth in Q3, Sep 21, was a disappointing 2% on an annualised basis, the weakest growth since COVID began.

In the ‘80s Japan was a rising power, its companies following the principles of stakeholder capitalism, under which all stakeholders, viz its. providers of capital, it’s employees, it’s customers and it’s suppliers are given equal importance. Japan was, like China today, threatening the economic hegemony of USA.

In order to counter it, USA focused on shareholder capitalism. Under this, the  interest of shareholders are of prime importance, and those of other stakeholders are subservient to that.

The aim was to maximise shareholder wealth, and several methods to achieve it were adopted. One of these was outsourcing manufacture to other countries, which, from early 80s was largely to China. This stretched global supply chains and made the developed world over dependent on China.

So the flip side of globalisation, which served to create enormous wealth, are being exposed post Covid.  Namely, an extended global supply chain, and over dependence on one country. This is compounded by the extravagant expenditure on the arms race.

When things were smoother, globalisation worked, and created enormous wealth. The total global  wealth held by individuals and is invested in financial assets is $ 250 trillion, as per Boston Consulting group. Adding to this amounts invested in physical assets, the figure reaches a whopping $ 431 trillion! That’s nearly 5 times global GDP.

So a rearranging of priorities is needed, to spend less on the never ending arms race and more on the environment, health, education, and technology to better lives. China launched the fastest programmable quantum computer which it claims to be a million times faster than Google’s Sycamore, it’s nearest competitor.

China is also developing a photonics chip, which would help it overcome the ban on supply of lithographic equipment. These aren’t used to make photonics chips. If successful, China can take a lead in 5G telecommunication.

India, too, must review some of its priorities. The ease with which scamsters are allowed to defraud, and escape punishment, is a crying shame and a sad commentary on governance. Last week, for example, SEBI cancelled registration for public sector PEC, because of trading on NSEL. SEBI also hauled up several brokers of the NSEL Exchange. Yet SEBI did nothing to prevent the NSEL ponzi scam, and is doing nothing even 8 years after it, to help victims of it! Instead of punishing the perpetrator of a scam, it shows its muscle on victims of it!

And the Modi Government also sleeps. There are several such Ponzi scams. But action is taken only where the victim is a PSU Bank as in the case of absconding defaulters like Mallya, Nirav Modi, Mehul Choksi etc, where GOI is interested as the owner of the bank, but is least concerned when it is the money of its citizens. This is abysmal governance.

Investors need to look out for the decisions at the COP 26 meet, the decision on interest rate at the November meeting of the US Fed, and the situation over Taiwan. Stock markets have been propped up by excess liquidity. If the Fed start to taper it’s bond purchases, and/or to raise interest rates, markets would throw a tantrum.

MARKET PERSPECTIVE By J Mulraj Jan 16-22, 2022 Are we thinking things through, and preparing for them? ­­Everyone knows about coming disruptions. Three forthcoming major disruptions would be...