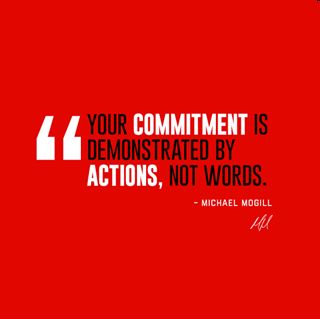 In this must-watch YouTube video David Borlace exposes the double speak of leaders, at the recently concluded COP26 conference on global warming, held in Glasgow. The pledges made by the 197 countries, in their bid to contain the rise in global surface temperature to 1.5 degrees C, we’re, actually just hedges.

India has committed to generate half its energy needs from renewables by 2030, (which, given that two leading groups, Reliance and Adani, are committing hugely to achieving them, ought to be met. They have a demonstrated ability to achieve scale (at lower costs) and to reach Net Zero (in emissions) by 2070. This is 20 years after the target date of 2050, perhaps a clever positioning to get the developed world to stick to its commitment to help fund the transition to clean energy. As it should!

Deforestation. Countries pledged to end deforestation, and provided $19 b. towards it. But is the pledge a hedge? A similar pledge, called the New York declaration, was made in 2014, which promised to cut deforestation by half, in 6 years, and end it by 2030. But deforestation increased, instead, by 23%! Their pledges were hedges! To avoid harsh action, the definition of forests includes man made plantations, such as those producing palm oil, paper, or wood pellets. So, if the $19 b. would, perhaps, be spent on cutting natural forests, those which capture carbon, and planting man made plantations, which don’t. Sounds like a hedge.

Methane. Over a 20 year period methane is 20 times more harmful than carbon dioxide, as a greenhouse gas. It is caused by landfills, livestock, flaring of gas and leakage from oil and gas pipelines. The pledge to cut methane was not signed by countries like China, India (largest bovine population) and Russia (leaky fossil fuel infra). Why don’t they consider alternatives, provided by technology? In this ADGM webcam series 2021 Jim Mellon, CEO of biotech company Juvenescense, explains how it is possible to take a sample of meat from a cow which is the size of a fingernail, and grow meat using it, in a petri dish. In 40 days, it produces 3000 kgs of lab grown meat, which would be equivalent to production, after slaughter (not necessary if a Petri dish is used) by 7 cows in 28 months! Hence, adopting this method of cellular agriculture, the bovine population can be reduced by over 14%, helping cut methane, the cows don’t get slaughtered, the need for cattle feed, land and water goes significantly down! But there was no talk of this.

Funding. A pledge by rich countries made in 2009, to provide developing countries $100b. a year to help transit to a green economy, has been broken. Not a cent provided. They claim money shortage! Yet they have $2 trillion a year to spend on military hardware, and $2.5 trillion a year for fossil fuel subsidies! They renege on their pledges to fund the clean up of the shit they created, when they were developing their economies, and begrudge the chance of others to develop theirs.

On several other points, too, the pledges made by leaders were hedges. Action speaks louder than words, and at the next COP, in Egypt next year, the actions taken by all countries will reveal which of them have copped out of their commitments.

There are several factors contributing to the drop, on profit booking. The US Federal Reserve is expected to double its taper, and buy $30 billion per month f Government securities, perhaps ending the bond buying programme by March. Thus, less money sloshing around.

Despite what the Fed says about inflation, rising inflation and homelessness has led to rampant looting in cities like San Francisco. The looters walk away, unchallenged and unpunished, looting stores. Consequences of the de-fund the police movement.

A new Covid variant, called Nu, has mutated a lot, making both detection and treatment difficult. Should it spread, it can lead to lockdowns and travel restrictions, thus impacting global economic growth. Of course vaccine makers are delighted; Pfizer, Biontech and Moderna make $65000 a minute!

China, the world’s largest but one economy, is facing several problems, many self created. It placed restrictions on several social media, Edtech and fintech companies, puncturing valuations, and, simultaneously, puncturing confidence of foreign investors. Temasek, of Singapore has, for example, paused investment in Chinese tech industry, until policy clarity emerges .

The power shortage in China has led to a drop in production (hence of exports) as the Government rationed power, especially to high energy users like steel and aluminium. This will impact its growth. So will the problems in its realty sector, which represents 29% of GDP, as evidenced from over indebtedness of leading firms such as Evergrande.

India’s GDP growth in Q2 is, according to CARE, likely to be 8.3%. The Government, after a year of farmer protests, scrapped 3 farm laws, which were, in fact, expected to help farmers. The agri sector gets unfavourable terms of trade. Though more than  50% of people are dependent on agriculture, they get only around 17-18% of GDP. So their earning should increase. The Government hoped that contract farming would lead to a change in cropping patterns, towards fruits and vegetables, and would boost productivity, thus increasing incomes. But. The farmers were fearful that they would be unable to fight with large corporates. After discussions, one expects things would get sorted out.

The correction seems yet to run its course, but can provide a buying opportunity of well managed, low debt, companies, for the long term.

MARKET PERSPECTIVE By J Mulraj May 16-22, 2021 And the risk to stock markets of rising interest rates ­­As the Greek  poet, Hesoid, wrote, when Prometheus stole fire...