Home JMulraj The Elephant and the Flea 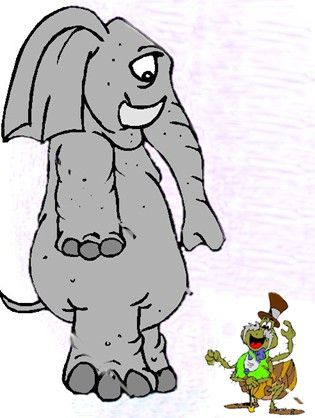 In 2001 Irish author and philosopher Charles Handy wrote a book, The Elephant and the Flea, in which he described the coming transition for people working in large corporations (elephants) to working in smaller one, or self employed (fleas). He was rather prescient.

We are at the onset of the 4th Industrial Revolution, the tecnologies of which such as Artificial Intelligence (AI), robotics, Internet of Things (IoT), 3 D Printing, Autonomous vehicles and others, will serve to displace jobs. Repetitive jobs such as assembly line operations, can easily be learnt by machines, and are most at risk. Indeed, they already are. As long back as 2017, at the Manesar plant of Maruti Suzuki, there were 2000 robots working in the weld shop, each replacing 4000 workers. This trend will extend to all industries, and will help drive up productivity rates in manufacturing, hence drive up GDP growth.

So the concept of a 9-5 job in a company that cared for you from the start to the end of one’s career, is disappearing. The elephants will become fleas. Individuals will be either self employed, or work in smaller companies, like start ups. We are seeing an explosion of start ups in India, many of whom become unicorns (those with a valuation exceeding $ 1 b.).

The traditional 9-5 job will be (is being) replaced by shorter ‘assignments’ where workers are hired to perform a specified job for a limited period of time. They become fleas. So fleas will have to adapt, and pick up different skill sets. For this they will need re-skilling institutes, to pick up the new skills. India has made a start in setting up such re-skilling institutes, but the pace has to pick up fast.

In 2022 eight States/Union Territories go to the polls. In each of these, politicians of all parties will promise more economic growth and more jobs, to get elected. If only they were all Pinocchios, and the evidence of their fibs was nasally visible. They are only sowing the seeds of future discontent. Do these politicians not see the damage caused when such discontent spills over into societal anger? Just witness the destruction being caused in Almaty, Kazakhstan!

The polity should start being honest with the electorate about the coming job losses, due to technology, and being more pro active with setting up, and overseeing, more vocational centers for re-skilling. It must also take a deep look into the academic curriculum. Children must be taught about the new technologies.

As per a report of think tank CMIE, India’s jobless rate hit a high of 7.9% in December, comprising a rate of 9.3% for urban unemployment and 7.3% for rural.

Interestingly, the elephant-flea analogy is manifesting itself in various institution-individual battles. Here are a few examples.

Earlier in the year, a poorly performing American video game retailer called Game Stop, whose stock price was falling as large institutions (elephants) were short selling the stock, saw a twist in the tail. Retail investors (fleas) got together on a social platform Reddit, and bought shares, after realising that the elephants did not have enough stock to deliver. The share price doubled in 90 days, the short sellers were squeezed, a large hedge fund bore huge losses, and the fleas won.

In December, a similar scenario played out in the American AMC Entertainment, the biggest movie theatre chain whose performance had been hit by the pandemic lockdowns. A group of fleas, which were termed Apes, got together, and bought some 80% of the stock, driving up the stock price, which enabled AMC to make a fresh issue of equity and raise funds.  Hear this Wall Street Journal podcast.

Another example is of the Hollywood Crew Union authorising a strike against studios, in November, against extended work hours, unpaid, during the pandemic. The pandemic has upturned many businesses and relationships.

Similarly, the Indian Government/bureaucracy (the elephant) got a painful lesson when the flea (investors of Devas Multimedia) obtained an order from a Canadian court which allowed them to sieze $ 30m. worth of assets of Government owned Airports Authority of India, in pursuance of a win in international arbitration. GOI has to assess whether it should keep trying to fight a legal battle with Dewas shareholders, at the risk of loss of reputation which can affect foreign investment, or to settle. After losing in the Vodafone and Cairn arbitrations it cannot afford further dents to its reputation.

India’s GDP is expected to grow 9.2% this year, albeit after a sharp fall last year, thanks to the covid induced lockdowns.

On technical analysis, the DJIA chart is showing weakness, which is due to the taper of its bond buying programme by the US Federal Reserve. The taper means less money being pumped into the system to fight the pandemic, but partly flowing into stockmarkets. The market is expecting 2 or 3 interest rate hikes to be announced by the Fed in 22. Jobs data was also disappointing. As against an estimated addition of 400,000 non farm job additions in December, the actual number was 199,000, lower than Novermber. The tightening of money supply by the US Fed, to be continued, will cause a slide in US stockmarkets, and the jobs data is not helping. Inflation is also rising, which would compel the Fed to raise interest rates.

The silver lining is that Omicron may well be the vaccine that God, not the pharma companies, have developed! It is spreading like a bushfire, and expected to peak in USA, the most affected country, by end January, crossing 2 m. daily cases. After that, the decline will be as fast. Being less virulent than Delta, which it is wiping out, it is not likely to strain the medical system. So by end of Q1/22, God willing, the corona nightmare may well be over.

Other countries do genome sequencing to determine what strain of Covid it is. Strangely, facilities for finding out the strain in India are very few. The report of an RT PCR test does NOT include the Covid variant. This is insane! How can there be public management of a pandemic without collecting such basic information? How can citizens get proper treatment without knowing, and without informing the doctor?

Why is this suggestion so difficult for authorities to listen to? Is it because they have developed a ‘heard’ immunity, and are impervious to listening to suggestions?

It may be advisable to lighten up a bit, in anticipation of a fall in US markets following a tightening of liquidity.

The global enigma – a bright future together with foolish actions

MARKET PERSPECTIVE By J Mulraj Mar 21 -27, 2021 Shareholder capitalism needs to be tweaked The world, indeed, is enigmatic. Technology is addressing all sorts of problems. Renewable energy...