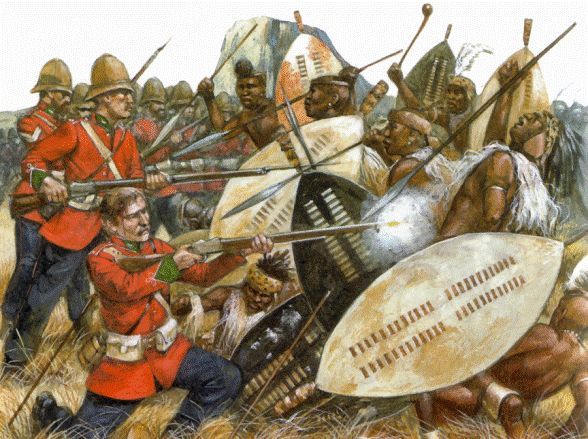 An even greater focus on developing, and deploying, new technologies is needed

­­Finance Minister Nirmala Sitharaman has presented the budget for 2022 which focuses on growth, to create jobs, spurred by a rise in capex. The effective capex, both Centre and States (higher capex by the states facilitated by an increase in their state fiscal deficit limit), is an impressive Rs 10.6 lac crores. This will create both jobs, and demand for materials, which, in turn, will spur private sector capex to ensure supply of them.

The GDP growth forecast in the budget, for 2022-23,  is at 9.2%, higher than the more conservative forecast of 8 to 8.5% of the Economic Survey, which preceded it by a day. The Economic Survey was more conservative, in anticipation of higher prices of crude oil, especially if a military conflagration in Ukraine leads to sanctions being imposed on Russia, a large supplier of it. Brent crude has already climbed to $ 92.6/ b and is expected to easily hit a century if diplomacy does not work in Ukraine.

The Budget is also seeking to use technology in several areas. Such as chip embedded passports, use of drones in agriculture, battery swapping for electric vehicles (to shorten time taken to refuel), use of IT for managing land records (to prevent misuse of authority given to local officials), plan to introduce in 2022-23 a CBDC (Central Bank issued Digital Currency, which will reduce transaction costs and help  reach the unbanked), using IT for Customs administration (helping in reducing corruption) and more.

These measures should set India on a sustainable growth path.

But, like Oliver Twist, we wish there were more.

History shows us that those who adopt to new technologies march ahead; those who resist adoption lag behind. The cavemen who devised the bow and arrow for hunting stole a march over those who depended solely on the spear. When gunpowder was discovered, those who used guns scored a victory over those who did not, as in the illustration above. India found that out too. Before a 200 year rule by Britain, which gained dominance by using guns, India was one of the wealthiest nations in the world. After it left, India was left poor, stripped of its wealth. It lost out on the industrial revolution and the steam engine, the new technology of the time.

There ought to have been a greater focus on investing in the new technologies, which will drive the 4th Industrial Revolution. The 1st industrial revolution used water and steam to mechanise production. The 2nd used electric power for mass production. The 3rd used IT to automate production. The 4th seeks to fuse different technologies to blur the lines between physical, digital and biological spheres.

These different technologies are things like AI (artificial intelligence), robotics, IoT (Internet of Things, where machines can communicate with each other), 5G telecom (the higher speeds will facilitate things like autonomous vehicles, remote surgery etc.), Genomics, Quantum Computing and others.

China has, in 2015, launched its MIC 2025 (Made in China 2025) plan in which it sought to achieve dominance in these technologies. It has made enormous progress. India also needs to, and a mention of Government efforts in promoting the development of these technologies was awaited. Even Abu Dhabi (population 99 lacs) has decided to  invest in AI, with an eye to the future. By 2030 the global market for the AI sector is estimated at over $ 15 trillion.

AI is used across sectors. In modern military warfare it is vital simply because the number of variables cannot possibly be analysed by humans with the required speed. In 2020, Azerbaijan won the war with Armenia, over Ngorno Karabakh, by using kamikaze drones, which used AI. These drones hovered over a target area until they decided to launch a suicidal attack.

Or, take China’s development (stolen technology?) of a mechanical yak robot, which can carry 160 kgs of weight across all terrain. Impervious to cold, it can negate India’s advantage over China in mountain warfare, in Ladakh.

So developing AI and adopting it is absolutely vital. Sadly, there was no mention of it in the Union Budget, of our efforts to developing AI capabilities, and the investment being made in it.

Not a part of the Budget exercise, but it is also long overdue to reform the judicial system. Just think how ludicrous it is for the judicial system to ponder over a case for 15 years, about a kiss on the cheek of Richard Gere, by Shilpa Shetty, at an AIDS awareness event. And to contrast it with the far more urgent issue of around 5000 criminal cases pending in courts filed against MPs and MLAs (members of legislative assemblies). How can a society progress if so many of its lawmakers have themselves broken the law. As long as they are not finally convicted by the SC, they can continue to run for office! This incentivises the pernicious system of adjournments, prolonging delays and denying justice.

The Prime Minister must, himself, take a handle on judicial reforms if at all he intends to improve upon India’s Ease of Doing Business ranking, where India scores near the bottom on delivery of justice. The judicial indifference to the suffering of victims has manifested itself in several cases of victims of ponzi schemes (NSEL, Rose Valley etc) and bank frauds (PMC etc). These are a sad commentary on the promise to protect investors and to clean up the system.

One of the most promising disruptions in agriculture will be in animal farming. According to RethinkX, a think tank, will be in precision fermentation, ‘a process that allows us to process microorganisms, to produce any complex molecule’. This will disrupt animal farming, reduce by 50% the number of cows in the US, will free up huge tracts of land required for feeding them, being 100 times more land efficient, 20 times more time efficient and 10 times more water efficient.

The Government should examine the feasibility of these disruptions and how they could impact India, which has the highest population of cattle in the world.

China’s economy has been adversely affected, mainly by two factors. One is the slump in the realty sector, which accounts for 29% of its GDP. Real estate firms like Evergrande, had become over leveraged. Their construction growth was funded by bank borrowing and customer advances. It suited everyone. The provinces, which auctioned land as a source of revenue, were happy at rising prices for land parcels. The citizens, who invested in real estate and had seen huge profits in earlier years, were happy to buy more than one house as an investment. The Government was happy that core material, such as steel and cement, where huge capacities had been built, were booming. But it was all built on debt.

The Government then reined in the sector by imposing three red lines on how much companies could borrow. This started the unwinding. Companies defaulted on international debt. Provinces saw a significant reduction in revenue from land auctions. Steel and cement demand went down, exacerbated by power cuts in order to  improve the environment for the Winter Olympics, just started, and this, in turn, impacted demand for iron ore. Bulk shipping rates plunged by 75% due to reduced demand from China.

Meanwhile the US economy grew well in Q4, and an impressive 467,000 jobs were added in December, as it opened up, once Omicron was thought to be less dangerous even though faster spreading.

After the winter Olympics China may well revert to increasing coal usage to generate electricity to power industrial production, never mind the environment.

Xi has apparently requested Putin to hold off a military adventure in Ukraine till after the winter Olympics are over. This poses another threat.

So caution is advocated for the moment, though the India story continues to look good, and especially if the Government focuses its efforts on the new technologies, and on cleansing and speeding up the judicial system. 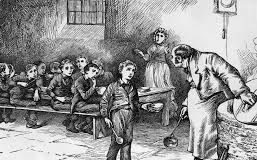 Please sir, can we have some more?

MARKET PERSPECTIVE  -- By Jawahir Mulraj Bouquets and brickbats By J Mulraj --  Nov 21-28, 2020 The Government needs to be complimented for several achievements. Last week,...