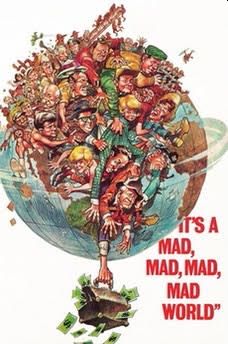 The nightmarish consequences of an avoidable war

How did we end up here?

According to author of ‘The World is Flat’, Thomas Friedman, globalisation 3.0 started in 1990. Based on advances in computational and communication technology, globalisation helped erase borders, and flatten the world. Unrestricted by geography, the human efforts of work could be transported anywhere. So, manufacture was outsourced to China, IT to India, and other countries, too, as determined by their ability to excel in them, as per the theory of competitive advantages. China, quicker to adapt, and more practical than India, grew its economy multi fold, lifting millions out of poverty and going on, by 2021, to become the #2 global economy, with GDP  at $ 16.8 trillion, second only to USA, with $ 22.9 t. India, less quick to adapt, also reduced poverty greatly, and grew its GDP to $2.9 trillion.

Then came Covid, and lockdowns to prevent its spread, and the resulting disruptions of distant supply lines. The weaknesses of globalisation were magnified, and countries started becoming Atmanirbhar, or self-reliant. The facile ease with which one ship, blocking the Suez Canal, could disrupt global trade for a fortnight, again exposed the weaknesses of globalisation. It revealed the  frailty of a global manufacturing system based on the theory of competitive advantage, and just in time delivery. The global supply chain was disrupted by the pandemic.

Yet another huge global problem confronted the world, when, in 2021 the IPCC, or Intergovernmental Panel on Climate Change, warned that without urgent and joint action to control carbon emissions, the world was hurtling towards an environmental Armageddon.

Newly elected US President Biden, in one of his first acts, banned the Keystone pipeline and declined to renew new leases for fracking on Federal land, thereby making USA energy dependent on others. This was in furtherance of its COP 26 commitments. USA, which had had surplus oil/gas for export, didn’t have it anymore.

But, as this column pointed out, just as there can’t be any no-pee zone in a swimming pool,  so also there can’t be just one country cutting down on fossil fuel production (no pee), because others would step in, to meet the demand, and adding to carbon emissions. Russia  certainly did. Some other producers have been hampered. Supply from Venezuela was sanctioned by USA. Supply from Iran was also sanctioned pending renegotiation of the JCPOA, the deal signed with Iran to restrict uranium enrichment for peaceful purposes.

As the third largest producer of crude oil in 2020, Russia produced 11% of the 93 million barrels/day produced. Russia is the second largest producer of natural gas, and supplies 40% of Europe’s requirement of it. This is a large interdependency between Europe, who needs Russian oil and gas to heat itself, and Russia, who needs its money.

This strengthened Russia’s hands. Despite having an economy less than one tenth of USA’s, it still manages to give it a run for its money in terms of military capability. This means that Russia spends its defence budget, less than a tenth that of USA, more prudently.

Coming to the Ukrainian invasion, Putin had, for years, been asking USA and NATO for talks to address Russian concerns about the expansion, eastwards, of NATO, despite promises not to. If Ukraine, which borders Russia,  was granted membership of NATO, he was apprehensive of missiles being placed there, which would threaten Moscow. Biden did not heed the call for talks, neither did NATO, arguing for the principle of upholding choice. But without the willingness, in USA, to fight, nor the ability, in NATO, to put boots on the ground, upholding principles is meaningless. Tired of waiting, an ignored Putin invaded Ukraine.

Look at the horrific consequences! Death, destruction, devastation. Two million refugees fleeing their homes. Retaliatory measures taken against Russia, with sanctions on Russia’s central bank (freezing the $ 640 b. foreign currency assets, on leading commercial banks (depriving Russia trade finance opportunities), on Russian oligarchs (supposedly doubling up as custodians of Putin’s personal wealth); but not on sale of Russian oil/gas, due to mutual dependencies.

But the consequences are far far worse!

A whopping 40% of Europe’s oil/gas comes from Russia. Prices of both have risen sharply, with Brent crude hitting $ 130/b. There’s a big scramble for oil, with US reportedly in talks with Saudi and with Venezuela, (which it had squashed) to produce more. A new JCPOA is being pushed through with Iran, which would allow it to produce more oil (after a month or two) but also to produce more enriched uranium and perhaps a nuclear bomb! But Biden will not review his decision to set up the Keystone pipeline to supply Canadian oil to USA, nor will he review the decision to stop fresh  leases of Federal land for fracking. There has been underinvestment in oil and gas because lenders follow ESG (Environment, Social and Governance) norms.

The sanctions on Russia and the conflict will have serious consequences, as spelt out by Peter Zeihan in this video. The consequences are:

So this war is going to have huge negative impact, across sectors. Zelenskyy has now agreed to not apply for NATO membership.

Couldn’t all this have been foreseen by global leaders before the invasion happened?

The sad truth is that the leaders and businessmen plunder the earth in pursuit of profits, and build up military might to be able to bully their way through. Never mind human suffering, never mind environmental degradation. The Amazon forest, the world’s lungs, has passed the point of no return. Forest land is denuded to grow soybean, to feed pigs, for Chinese to eat.

Last week the BSE Sensex  closed at 55550, with a gain of 1117 points over the week, though there is no diplomatic solution in sight for the Ukraine invasion. Perhaps the market was looking forward to stability in Government policy after the BJP won four of the five States that recently went to the polls.

The future for global stock markets is not looking too bright, especially if the Ukraine conflict prolongs. Russian production of 10 m b/d. of oil  cannot be quickly replaced by other sources, even adding additional Saudi, Iranian and Venezuelan oil, plus US shale, if fresh leases are given. Gasoline prices in USA are at $ 6/ gallon, already over the politically sensitive price of $ 4/gallon, and Biden can’t afford a further rise. Perhaps the only option left to him is to ban export export from USA, so as to contain US price rises even as global prices rise, once US oil stops flowing to the world. That would  be negative for stock markets, especially India, a huge importer of crude. (Russia has reportedly offered a 25% discount to India, but how sanctions will be avoided, to avail the offer,  is a moot point).

Rising commodity prices of steel, coal, wheat etc. as explained above, will add to inflationary pressure, so interest rates will be raised to tame it. That’s also a negative factor for stocks.

Demographic trends reveal that US baby boomers are hitting retirement age. That’s when their risk appetite reduces, so they might pull out of, or reduce, exposure to Emerging Markets. That’s negative for India, too.

So, from a time when globalisation helped raise millions out of poverty, and increased global trade, to now, when the world is facing an energy crisis, a European war, an agricultural crisis  probably resulting in a famine, it’s really a mad, mad world.