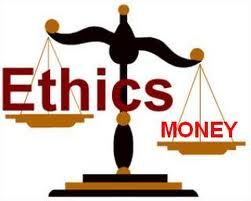 The Ukraine war has revealed a lot of chinks. India’s foreign minister, Jaishankar, rightly pointed out to a journalist asking why India was buying Russian oil, that he should direct the focus of his question to Europe which buys in one afternoon what India buys in a month from Russia.

The fact is that the world is in transition in several areas. A transition is completely changing the way things are done, and the process takes years.

In energy the world is transitioning from carbon destroying fossil fuels to cleaner, renewable energy. France, which gets 75% of its energy from nuclear plants, does not need to be dependent on Russian oil/gas and can pursue a different policy. By contrast, Germany, whose Green party shunned, and closed down, nuclear power plants, is totally dependent on Russian oil/gas, at least for the five years it will take to transition to renewable energy. Hence it buys it, 30 times more than India does. Since the war started, the EU has paid $ 39 b. for Russian oil/gas. In Q1 of 2022, Russia has a current account surplus of $ 58b. If Germany does not receive Russian oil/gas (there is little surplus capacity elsewhere), then, according to the CEO of BASF, the world’s largest, Germany based, chemical company, it would lead to a closure of over half its medium and small sized industry, starved of power, and would also lead to unaffordable costs of heating German homes during its cold winter. It needs Russian oil/gas, and so USA/EU intervened, showing that necessity is the mother of intervention!

In fact, one of the reasons for the Russian invasion of Ukraine may have been a Russian calculus that its window of opportunity to extract maximum value for its fossil fuels would be to create a situation to hike their prices. This window is open for only 5 years, by when Germany would have transitioned to renewable energy.

Another area of transition is in the transport sector. The world is transitioning from IC (Internal Combustion) vehicles to Electric vehicles (EVs), which are about a tenth of the running costs of IC and are friendlier to the environment. EVs, when combined with, whenever permitted, autonomous driving, or driverless cars, will transform the automobile industry. Cars will become an income source, by permitting them to be offered, through an app, for use as a shared, UBER-like, service, since they are autonomous. As TASS (transport as a service) becomes widely acceptable, the need for private ownership of vehicles will reduce, and new car sales will fall dramatically. This will, in turn, free up public spaces needed to park the vehicles, which would be environmentally friendly.

Yet another transition is taking place in the food industry. Animal farming is needed because animals are a protein source, from meat and dairy products. As per this article livestock takes up 80% of the world’s agricultural land, for use in grazing and in growing animal feed. The new technologies of cellular agriculture and precision fermentation will provide the required protein without such extensive animal farming, thereby releasing almost all of the 80% of agricultural land used in animal farming. That, at least, is the hope. It depends on how consumers accept the alternative.

The latter is important, because individual resistance to deserving ideas is higher when it affects them. Reminiscent of the old joke about a meeting in communist Russia where the crowd is asked whether, if they had two houses, they would donate one to the party and all hands were raised. Ditto for two cars. But when it was asked if they would donate one of their two shirts, not a single hand went up, because all of them had two shirts!

The measures to control climate change are, similarly, applauded, until they hit self- interest.

One of the first acts of President Biden on becoming president was to pass  two executive orders, one to shut down the Keystone pipeline to bring oil from Canadian tar sands to USA, the other to stop further leasing of Federal land for shale oil drillers, both in the spirit of meeting its environmental obligations under COP 26. But, necessity is the mother of intervention. Now that the flow of Russian oil/gas is reduced (evacuation is difficult from a war zone), the price of Brent crude is near $ 100/b. and pump prices for gasoline are over $ 4/gallon in USA. Threatening to go up to $ 5. Fearing that high gas prices can cost Democrats the Congressional elections in November, Biden is begging both US shale companies, as well as other countries like Saudi Arabia and even its enemy Venezuela, to produce more oil (choosing to beg unfriendly Venezuela rather than clear the pipeline for friendly Canadian oil, another quirky consequence of ill thought out policies).

The US Government has just announced a renewal of lease of Federal land for fracking. Necessity is the mother of intervention. High gasoline prices, already over $4/gallon, and rising, threaten a loss of Congressional elections in November.

Yet another area of transition is in finance. The move towards reducing the value of the US$ as the world’s reserve currency has gained impetus after the Ukraine war. The Russian ruble, whose value had initially collapsed after strong sanctions were imposed (with exceptions, such as for Russian fossil fuels to Europe or Russian fertilisers to USA, of course) has now recovered its losses. This is because Putin has mandated that sale of Russian oil/gas would be in ruble and has simultaneously fixed a ruble rate to gold. Added to this is the decision by Saudi Arabia (whose crown prince, MBS, allegedly refused to accept a call from Biden) to sell its oil to China in renminbi, instead of in US $ (which saw the birth of the petrodollar and made the US $ the reserve currency of the world). It would take time for this move to de-dollarise the world would succeed, as it is deeply entrenched and widely accepted, unlike the renminbi, but an overuse of the weapon of sanctions provides an impetus to the move. Other countries are fearful of keeping their foreign currency reserves in US $ for fear of unilateral sanctions should they do anything to displease America.

The target laid down by IPCC to control rise in global temperature to 1.5 degrees celcius is not going to be achieved.  A Global cooperation in climate change will be even more difficult if, or rather after, Finland and Sweden join NATO. Putin has threatened nuclear escalation if they do. So discussions on cooperation in climate change under these circumstances would be hard to imagine.

In the wake of the Ukraine war, the threat of a nuclear one, the impending shortages of wheat/fertiliser/other commodities, the possibility of a global famine (India has offered wheat to the world to try to avert it, kudos to Modi), it is perplexing to see the steadiness of the Indian stock market. Retail investors continue to pour in money, in the absence of bank fixed deposit rates which are net positive, after inflation. It is a case of the retail wagging the dog.

China’s GDP growth will take a big hit due to its policy of strict lockdown. Shanghai, with a population of over 26 m. is completely locked down and this has affected its trade. Truck workers are loath to enter Shanghai to deliver or pick up goods, as they would be unable to leave it.

Despite the inflows into Indian stock markets from retail investors (the % of retail investment in India is still low), given the various anticipated problems, it is advisable to be cautious.

A concatenation of events leading up to this crisis

The unintended consequences of the Ukraine war