Home Policy Watch Oil could climb to over $200 a barrel

The world will burn in the US-Russia-Ukraine oil fires

For people who think that the Ukraine-Russia war will soon get over, and life could go back to normal, there could be a big shock coming. Within six months or so, the entire world might be grappling with oil prices that could soar to $200 a barrel or even higher.

That could put most developing countries to the brink of a financial crisis. These columns dwelt with this issue last week (https://asiaconverge.com/2022/04/the-us-gambit-is-scorching-the-world/). Many countries will just not be able to pay the huge import bills caused by spiraling oil and gas prices.

The only two countries that hope to be spared these pains, are the US and the UK, because of two reasons.  First, both are surplus in oil production, and even export a bit of it.  Higher oil prices could mean bumper profits for them. Second, both are arms exporters as well – so a protracted war will mean big business.

There is a third reason too.  Both the US and the UK have been eyeing Russia as vultures do. They hope they will get to savour the juicy pieces of meat – read minerals, oil, gas, and territory – that Russia has.  There is only one catch.  Russia may not permit them that luxury.  They, along with the rest of the world, might not even be alive to see Russia collapse.

In any case, if you listen to John Mearsheimer’s “This War has one winner” (https://youtu.be/XgiZXgYzI84) you will discover the terrible strategic mistakes that the US has made – once again.

Just listen to Ronald Ernest Paul, American author, activist, physician, and retired politician (was the US representative for Texas, and ran for presidency on three occasions) recently wrote (http://ronpaulinstitute.org/archives/featured-articles/2022/april/25/the-ukraine-war-is-a-racket/) “War is a racket, to be sure. The US has been meddling in Ukraine since the end of the Cold War, going so far as overthrowing the government in 2014 and planting

the seeds of the war we are witnessing today. The only way out of a hole is to stop digging. Don’t expect that any time soon. War is too profitable.”

Things could get much worse than what many think. Listen to Peter Zeihan, geopolitical strategist (https://www.youtube.com/watch?v=QD5GqMainjY).  The consequences, as analysed by him, suggest that  mayhem may be let loose on the world. Some of the crisis will begin to be felt in a few months’ time when the winter season begins.  That is when the oil and gas pipelines in Russia will begin to freeze.  They froze once in 1989, when Russia began disintegrating.  To get the pipes back to work in a region where permafrost can be deadly, it had to bring in experts, mostly from the West (Schlumberger was one of them).

The US imposed sanctions have caused many of these experts to leave Russia. Soon there will be nobody left behind to mind the pipes and ensure that the oil ad gas start flowing.  Two or three months into winter could see these pipes getting frozen, cracking, and becoming unuseable.  The frozen and burst pipes could take around ten years to become functional again.

Ziehan believes that this shortfall of 4.6 million barrels from Russia could make oil guzzling countries desperate for this fuel.  That could cause oil prices to flare up further.  According to a Bloomberg report, traders expect the price to go to over $200 a barrel (https://www.bloomberg.com/news/articles/2022-03-07/oil-traders-are-betting-prices-may-pass-200-a-barrel-this-month) .  That will

push up India’s energy bills by over three times.  It will have little money left.  Its foreign exchange reserves could rapidly disappear.

The swing producers could together add – optimistically – another 1 million barrels a day. If one adds Iran and Venezuela, you could hope for another 0.5 million, but after a couple of years.  The shortfall is going to hit the world extremely hard.

This scenario is likely to affect LNG prices as well. Currently, Russia is the largest producer of natural gas, much of which goes to Europe.  The absence of this fuel will hurt small and medium sized industry hard  Market analyst Jawahir Mulraj points to the remarks of BASF’s CEO (https://asiaconverge.com/2022/04/dont-hit-the-snooze-button/), who warns that “half of Germany’s small and medium enterprises would shut down without it.”.

Getting gas from Qatar through a pipeline will take at least two years, and there just aren’t enough LNG tankers available.  As a result, much of the industrial capacity around the world will come to a grinding halt.  There will either be no fuel available to make the wheels of industry move, or the prices will be so high they demand will just shrivel.

India may limp along

According to Ziehan, India may be lucky because it is close to the oil and gas rich Middle East.  Diplomacy, military might, and free trade agreements will possibly make availability of oil and gas possible, but at higher prices.  The discounted purchase of oil from Russia may soon end, thanks to the permafrost problem.

Add to that India’s inability to focus on economic growth – it appears to have been more interested in fanning issues that divide populations – and its inability to create jobs. Moreover, its failure to empower farmers will worsen the crisis. It has sharply reduced purchasing power for rural families – many of them depend on cattle rearing as a means to survive  (https://asiaconverge.com/2021/05/agenda-1-dont-meddle-with-the-dairy-sector/). When 10 crore households (or 50 crore people) get affected by a stupid law which does not even seek to compensate those adversely affected, economic slowdown was bound to manifest itself. Instead, the government spends more on subsidies and doles, thus crowding out investments which could have created jobs (https://asiaconverge.com/2022/02/budget-22-the-farmer-betrayed/).

Japan too will be hurt, because of its distance from the Middle East suppliers.  But it is possible that it will route all its purchases through Australia, a major LNG exporter.  But once again the price of LNG could be expected to soar.

So, while countries like Qatar will benefit hugely  from high oil prices, the world may have to go back to coal.  That could mean huge gains for Australia, the largest producer of coal, and also industry groups like Adani which owns the largest coal mine in the world (with reserves of 7.2 billion tonnes) in Australia.

China to the rescue?

But, maybe, Ziehan might be proved wrong by China, which has immense experience of dealing with permafrost – it has built its railway lines, roads, and bridges in such territories, and has devised ingenious ways of coping with harsh conditions. It is the global leader in quantum physics.  Combine these two strengths, and it is possible that China’s engineers (maybe Indian engineers too – especially those who have worked with Russia through ONGC’s OVL,  provided the US permits such an arrangement) will sit with their Russian counterparts and keep the oil and gas flowing even during winter.  Suddenly, China could emerge as the saviour of industry and commerce. The EU too may depend largely on China and less on the US (and the UK).

Suddenly the risks to industrial growth on the one hand, and food production on the other (Russia and Ukraine have been major suppliers of fertilisers to the world, in addition to wheat and corn), the world will not be an easy place to work in anymore.  It will affect transportation, tourism, and dining in exotic places as well.

The biggest blow could come to the US dollar which in turn will further fuel inflation and the crumbling of currencies around the world.  China and Russia have managed to insulate themselves significantly by reducing their US dollar holdings.  Russia has already struck a big blow by insisting that EU pays for all oil and gas purchases in roubles.  That has pushed up the value of the rouble. Germany agreed promptly.  Moldova and Poland did not, and Russia has stopped oil and gas supplies to them.  They might manage for the next two months, as winter is still 4-6 months away.  But by then, expect the chill in the bones and empty shelves in shops to push them also to toe the line that Russia has laid down.

And, of course, there is the threat of a nuclear escalation.  EU will be the first casualty, but the US too might not be safe.

The brinksmanship of the US and UK could damn the entire world. 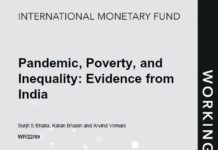 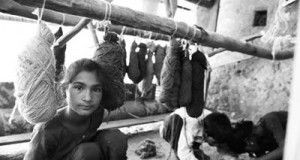 http://www.freepressjournal.in/should-a-child-become-martyr-for-the-family/ Should a child become ‘martyr’ for the family? — By RN Bhaskar | Dec 03, 2015 12:00 am Child labour has never been an easy subject to...