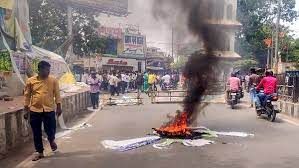 There are riots on the streets in many states (https://www.freepressjournal.in/india/violent-protest-continues-over-agnipath-scheme-in-bihar). In a bid to douse the fires, the government increased the recruitment age from 21 to 23 (https://www.freepressjournal.in/india/agnipath-scheme-upper-age-limit-for-recruitment-process-for-2022-increased-to-23-years). But this may not help. The cause was the government’s new scheme called agnipath (also written as agneepath, loosely translated as path of fire).  It has turned out to be so, literally.

The scheme allowed the government to recruit around 50,000 people in the defence forces each year. On June 14, government-owned website – The News Services Division of All India Radio (https://newsonair.gov.in/Main-News-Details.aspx?id=442653) stated the following: “Prime Minister Narendra Modi has reviewed the status of Human Resources in all Departments and Ministries. The Prime Minister’s Office today said in a tweet that he has instructed that the recruitment of ten lakh people be done by the Government in a mission mode in the next one and half years.”

Another web page of the same organisation stated (https://newsonair.gov.in/Main-News-Details.aspx?id=442672): “The Centre today cleared the AGNIPATH Scheme for recruitment of youth in the Armed Forces. Briefing media in New Delhi with three Service Chiefs, Defence Minister Rajnath Singh said, the youth selected under this scheme will be known as Agniveers. He said, the Agniveers will be getting attractive monthly package with Risk and Hardship allowances as applicable in the three services. Mr Singh said Agniveers will be also paid one-time Seva Nidhi package upon completion of engagement period of four years. The AGNIPATH Scheme cleared by Cabinet Committee on Security allows patriotic and motivated youth to serve in the Armed Forces for a period of four years. Over 46,000 Agniveers to be recruited this year. . . . . Agniveers will get a salary of 30,000 rupees to 40,000 rupees per month and allowance as applicable. The Seva Nidhi will be exempt from Income Tax. There shall be no entitlement to gratuity and pensionary benefits.  Agniveers will be provided non-contributory Life Insurance Cover of 48 lakh rupees for the duration of their engagement period in the Indian Armed Forces.”  Agniveers means Brave youth born of fire.

The entire scheme has caused much heartburn, even riots.  In any case, even without the riots, the scheme does not make sense for several reasons.

First the cost.  Do the number crunching, and you realise that this will further burden India’s military services. The limited exercise over four years will cost the exchequer nothing less than Rs38,640 crore.  This is assuming that the intake will remain 46,000 each year.  It assumes that average emoluments will not exceed an average of Rs.35,000 a month per person.  And it assumes that the tenure will not exceed 4 years.

However, even as this article is being written, government spokesmen have stated that the intake would increase to 90,000 a year from the fifth year, to 125,000 in the ninth year (https://www.business-standard.com/article/current-affairs/agnipath-intake-to-grow-from-46k-annually-in-first-4-years-to-125k-per-yr-122061800908_1.html). That could cause costs to swell to over Rs.150,000 crore.

Moreover, the table does not consider the loss to the government in respect of income tax waivers, insurance premia, and the recruitment costs of the 25% absorbed from each batch after the four-year training is over.  It does not take into account the cost of housing, feeding, or training them either. Nor does it include the one-time Seva Nidhi package to be paid to the recruits after completing their four-year tenure. 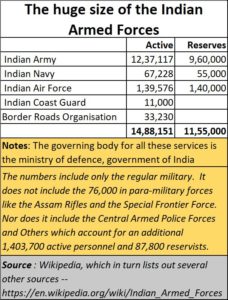 Ironically, this expensive exercise has been undertaken even as the ministry of defence had highlighted soaring manpower costs.  In its Ministry of Defence annual report 2018-19 (https://www.mod.gov.in/sites/default/files/MoDAR2018.pdf), it clearly mentions that the “share of Revenue expenditure has been increasing over the five years period primarily due to hike in manpower cost of the Armed Forces. The total expenditure on Pay & Allowances registered an increase of 49.64 per cent over the period from 2012-13 to 2016-17.”

Clearly, this additional burden of Rs38,640 crore is going to weigh down defence budgets even more.

Ironically, this increase in enrolments takes place when, for almost a decade, India’s military experts have been calling for downsizing the numbers, and reshaping the structure of its forces.  They point to how, in 2020, it was well known that China had decided to halve its military forces as it moved towards a modernisation push (https://theprint.in/defence/indian-army-now-worlds-largest-ground-force-as-china-halves-strength-on-modernisation-push/382287/).  Everyone knows that future wars will be fought through the use of technology (like drones and precision artillery) rather than brute manpower strength.

There were indications that India too had begun to adopt a similar course (https://www.bbc.com/news/world-asia-india-61024209). And according to some sources (https://www.hindustantimes.com/india-news/indian-army-to-cut-150-000-jobs-as-force-plans-to-go-lean-and-mean/story-GePcnuBveaGh6V8eqPY7KL.html) India had already decided in 2018 to reduce its numbers by 150,000 in order to go “lean and mean”.

So why this sudden rush for recruiting 184,000 additional people?  It just does not make sense.

Even the data points elsewhere

Rathin Roy, managing director at Overseas Development Institute tweeted (https://twitter.com/EmergingRoy/status/1537333589955706880?t=iuRSqDYM3JgTw0AYPUr5aA&s=19)  on the absurdity of the government’s plans quoting the New York Times (https://www.nytimes.com/2022/06/13/business/economy/india-economy-jobs.html). The article has also be reproduced by Global Online Money  (https://globalonlinemony.com/indias-economy-is-growing-quickly-why-cant-it-produce-enough-jobs/). The article asks, India’s Economy Is Growing Quickly. Why Can’t It Produce  Enough Jobs? The NYT says that “The disconnect is a result of India’s uneven growth, powered and enjoyed by the country’s upper strata.”

A sharper question is posed by Asaduddin Owaisi, AIMIM president. “What about the 16 crore jobs promised before Covid,” he asks (https://www.business-standard.com/article/politics/what-about-16-cr-jobs-promised-before-owaisi-asks-govt-on-hiring-plan-122061401411_1.html). So, why this new hiring plan? 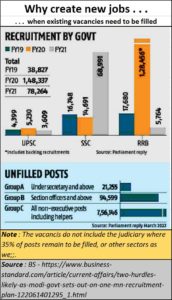 Moreover, as Subhomoy Bhattacharjee  points out, (https://www.business-standard.com/article/current-affairs/two-hurdles-likely-as-modi-govt-sets-out-on-one-mn-recruitment-plan-122061401295_1.html) “There is no agency equipped to handle such a large hiring target and governments don’t have a clear picture on the number of people they employ.”  Creating one million jobs in 18 months looks difficult. He points out how the government created just 38.827  jobs in FY 2019, 148,337 jobs in FY2020, and 78,264 jobs in FY22. But what is even more interesting is that 21,255 unfilled vacancies for Group A posts (undersecretary and above), 94,599 vacancies for Group B (section officers and above) and 756,146 vacancies for Group C (all non-executive posts including helpers).  Add to this the (almost 40%) vacancies that exist in upper and lower judiciaries (https://asiaconverge.com/2021/03/the-judiciary-series/), or the posts of doctors and nurses that remain unfilled. Another report talks about 9 lakh civilian vacancies and 1 lakh among paramilitary forces (https://timesofindia.indiatimes.com/india/9-lakh-civilian-vacancies-in-central-govt-1-lakh-in-capf/articleshow/92309205.cms). Why does the government not fill up those vacancies instead of creating new jobs?  Is this merely a political statement, or is there something more insidious?

The best indicator of why Agnipath is not a good idea can be gleaned from the views of Capt Amrinder Singh, former chief minister of Punjab and a former soldier (https://www.indiatoday.in/india/story/captain-amarinder-agneepath-policy-service-short-soldier-1963317-2022-06-16).  He wonders why the government of India needed to make such radical changes in the recruitment policy, which has been working so well for the country for so many years. “Hiring soldiers for four years, with effective service of three years, is not at all militarily a good idea,” he remarked.  Marry this with the manner in which the government widened the criterial for selecting the next CDS (Chief of Defence Staff) and the level of discomfort grows (https://indianexpress.com/article/india/govt-cds-selection-pool-lt-generals-air-marshals-vice-admirals-7957384/).

This takes us to the last of the reasons why the Agnipath proposal ought to be shelved forever.  Releasing 75% of the recruits after they finish a four-year term could be disastrous for public law and order.  Unless they have the skills to be absorbed into another job, they would be weaponised unemployables, with connections in the armed forces, which could pose serious dangers to civilian and defence structures (https://asiaconverge.com/2022/04/dont-weaponise-the-unemployed-with-short-term-army-recruitment/).

Secondly, recruiting 25% of the Agniveers would only add to the existing bloated manpower in the defence forces.  If new skills are required, hire people for the new skills.  But the need is to shrink the armed forces for better utilization, more compactness and greater relevance for the wars of the future.

What is being overlooked is that even a fraction of the money budgeted for the Agnipath programme can do wonders for the best vocational institutions in India – the Don Bosco, Aga Khan, and Ramakrishna mission centres. The money could be used to train 50,000 students every six months or so.  You will end up training more students to become either self employed entrepreneurs, or employees in a country hungry for such skills.  This becomes all the more urgent, because the government’s own skill dev elopement programmes have not worked well (https://wap.business-standard.com/article/economy-policy/why-govt-s-skill-development-initiative-still-struggles-with-placements-122061601117_1.html).

The list of skills needed by India is large.  For instance, there is drone technology – repairs,  maintenance and map reading.  Each drone application requires different software, different skills in reading the images.  Drones for agriculture require different skillsets than say drones for inspection of pipelines. Promote more rooftop solar, and train people in installing, maintaining, and servicing the invertors and other electrical equipment that goes with such installations.  Within agriculture itself, there are skills for determining the output of crops, and for identifying disease spots in plants, so that precision application of pesticides and fungicides can be possible. Then take the plethora of IT related skills – right from 5G to VPNs and captive networks.

So, why does the government have this obsession with muscular courses in the army, especially when such skills are losing relevance month after month.  India needs to be propelled forward, not backward.

Someone has advised the government wrongly.  As a result, the citizenry does not like it.  The riots are proof of their disdain for such short-term courses. Veterans of the armed forces don’t like it.  Civic groups too are not happy.  Hence, why push it at all? 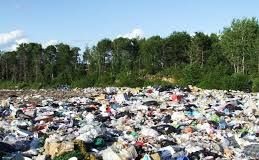 India still does not understand waste-management

http://www.dnaindia.com/money/report-policy-watch-india-needs-a-national-policy-on-waste-management-2011519 India needs a national policy on waste management True, there are other municipalities that have also blundered, but without either a concrete plan, or even...
Look what happened to Bengaluru