Home JMulraj Being a ‘developed’ economy needs lots of work 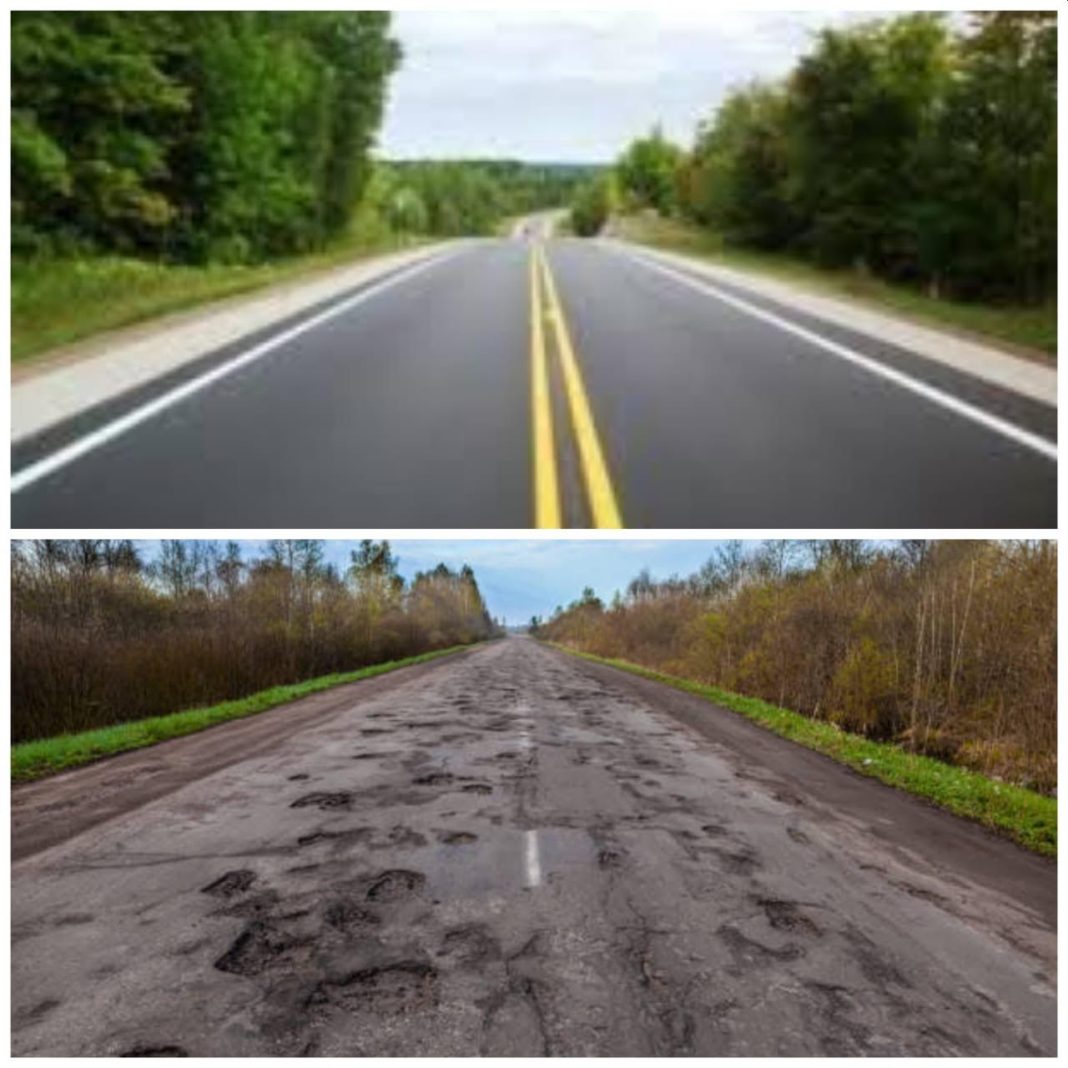 It’s not just a numbers game

At the 76th Independence Day celebration, PM Narendra Modi, speaking from the ramparts of the Red Fort, announced his ambition to make India into a developed country, by 2047, ie, in another 25 years. A great ambition, and very welcome, but with two issues. Math. And definition.

First the math. The World Bank defines a high income country as one having a per capita income of $ 12,696 (as in 2020). India’s is $ 2,321, in 2022. To grow to $12,696 in 25 years requires a compound annual growth rate of 5.4% p.a., assuming a static population (with a growing population, even more). In the past ten years the CAGR has been 5.4%. To deal with a growing population, it will need to be higher, and the figure of $12,696 would also be higher, in 2022. The target CAGR would be, perhaps, nearer 6%. Over a 25 year period, with troughs and peaks, it is doable, but requires a constant policy and a firm grip on spending. A more affluent populace consumes more energy, costs of which are rising.

Then the definition. Being a developed nation needs much much more than arithmetic, to achieve an annual income figure. India ranks 128/186  in the United Nations’ Human Development Index, with a score of 0.645, lower than the average of 0.72. India is not too concerned for, or aware of the harm to health, emanating from noise pollution. Witness the avoidable and frequent use of sirens for VIP movement, the annoying use of police whistles to control traffic, which doesn’t work, and the propensity of Indian drivers to honk constantly, with complete complicity by a nearby cop. As per a UNEP study, 5 Indian cities, Delhi, Jaipur, Kolkata, Asansol and Muradabad, have noise levels above the recommended 70 db level, with Moradabad being #2 in the world’s most noisy cities. Tiny Lichtenstein, #2 in per capita income, globally, has fixed 12.00 to 13.30 as lunch time, during which honking is prohibited, as it is, after 10 pm.

Our city roads are potholed. The illustration shows the difference in road surfaces of a developed nation and an emerging one. In a federal structure, responsibility for road construction is upon states, and municipalities. It is inconceivable they do not have the ability to make roads free of potholes. It is that the process of awarding the tender to the lowest bidder is both corrupt and flawed. It lends itself to poor quality.

It’s an easy fix! Simply change the tender to build plus maintain the road for, say, 25 years. Then accept the lowest tender. This, BOT (Build, Operate, Transfer) model is used for national highways, why not for city roads? We are, after all, moving towards a ‘developed’ economy. Surely tax paying citizens (after GST everyone is) deserve good roads!

And good pavements! Ours are a disgrace! Don’t authorities who earn salaries from tax collections, have any shame foisting pock filled pavements on us, especially kids and senior citizens? Developed country? I think we have some way to go.

Nor yet the way our courts interpret law, deviating from international law. Take the Essar Steel case under the IBC. The NCLT (National Company Law Tribunal) made a bizarre judgement, equating secured and unsecured creditors! Why did it need to reinvent the wheel? It was overturned by the Supreme Court, wasting probably two years. Rights of a secured creditor are superior to unsecured creditors. This is globally accepted.

More recently, in the NSEL Ponzi scam, an MPID (Maharashtra Protection of Interests of Depositors) has passed an order in favour of small traders . Some 13000 persons were scammed by NSEL in 2013, of around ₹ 6500 crores. When they collectively complained, NSEL (National Spot Exchange) salami sliced the investors, calling those who had invested under ₹ 1 million as small investors, asking for them to be paid first, and in full. Nowhere in the world is this done! Any recovery is paid proportionately to all. But our courts try to reinvent the wheel, and passed an order to pay them first.

Now the MPID has made a second slice, of those between ₹ 1 and 2 million, to be paid off.

Mr Prime Minister, if THIS is how you think investor protection should proceed, then I’m afraid India can never become the developed nation you dream off.

Take the argument of ‘small’ investor needing to be paid first, to its absurd conclusion. Suppose, eg, Mr Adani or Mr Ambani had invested ₹ 9 lacs, and a truly small investor had invested life savings of ₹ 21 lacs. The former would be paid off in full, preferentially, and the latter waiting in lament!

Is THIS your vision of a ‘developed’ nation? Do we not need, to become one, be in conformity with internationally accepted norms in finance and jurisprudence?

There are 470 m cases pending in India. India cannot be called a developed country unless this backlog is substantially reduced. The propensity of judges to reinterpret definitions only adds to the judicial backlog. It must stop.

To sum up, India is on its way to become amongst the top 3 largest economies, in 25 years. It does, however, also need to do several other things, including it’s judicial system, it’s roads and other infrastructure, pollution, including noise pollution, and more.

In global developments, the senseless Ukraine war continues on its destructive path. Biden, who was thought of as a unifier, has succeeded in breaking/endangering alliances. Several European countries are openly critical of America, justifiably so. French President Macron has hit out against high prices charged for American gas, after the latter egged on the EU to not certify the Nord Stream 2 pipeline, through which Russia supplied gas to it ,

Its long standing arrangement with Saudi Arabia is over. Under it, SA agreed, in return for American protection and weaponry, to sell its oil in US $, helping it become a global currency, and so allowing USA control over the financial system, using which it imposes sanctions. SA, as head of OPEC + recently cut production quota by 2 m. b/d, thus driving up prices of gas (petrol) just before mid term elections in USA. Seeking to bring them down, Biden released more oil from its SPR ( Strategic Petroleum Reserves) selling it to the highest bidder, which was China.

EU countries are reeling under high cost of energy, making manufacture uncompetitive. The EU has badly blotched its energy transition, and had not, foolishly, built up adequate alternate capacity before starting, with American prodding, a dispute with Russia. The ‘accidental’ breakage through undersea explosion, of both Nord Stream pipelines, has put in doubt their future ability to deliver gas, and helped America profit through high prices, which is what Macron protested. The coming shortage of wheat will result in a heart wrenching famine.

It’s all due to the obduracy and egos of global leaders. If only there was a bonfire of the vanities!

The long term outlook for India’s economy and stock market is looking good. In the short term, the world is in turmoil, battling with inflation via interest rate hikes, and preparing for a fight against recession. So, a further fall in global markets can be expected, which would also affect Indian stock markets. Caution is advocated. 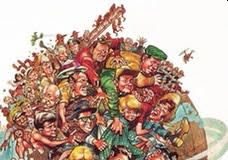 INVESTMENT PERSPECTIVE By J Mulraj Mar 6-12,  2022 The nightmarish consequences of an avoidable war It really is a mad, mad, mad, mad world! How did we end up here? According...