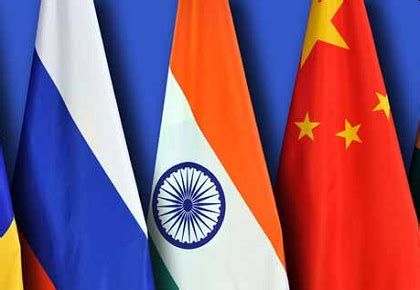 Geopolitics can be quite intriguing.  It was in 2009 that this author predicted the need for the three countries – Russia, China and India – to work together (https://www.livemint.com/Companies/wDLWbd3OWUGppEzYYC0yYO/The-Capitalist–With-increasing-water-needs-will-China-deh.html).  Demographics compelled this constellation. So did water.  Contiguity as well. And so did the complementariness among the three. All these were almost invisible to the naked eye, till someone brought it to your notice.

History is the clincher 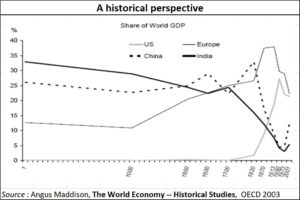 And finally, there is history, especially for India and China. Both countries once controlled over two-thirds of global wealth and trade for almost 2,000 of the past 2500 years. But the industrial revolution made the west more competitive.  And colonisation that broke the backs of these two nations.  It would be only a matter of time before both countries began to discover ways to become wealthy once again.  China has been doing this with greater focus and clarity than India.  But India’s attempts are being noticed by the world.  What hobbles India is unemployment, poor education and healthcare, and a shrinking middle class abetted by poor justice delivery systems. And, coincidentally, all countries that lived off colonial wealth in the past are those that find themselves under financial stress today.

But the Ukraine crisis has turned out to be nightmarish for the world, especially for the US and the EU. The US thought that it could use NATO to use Ukraine to poke the Russian bear in its eye, and then move in to marginalise it.  Quite the opposite happened.  While every country in the world faced recessionary pressures, Russia had bucked this trend.  It is thriving; and is currently stronger than it had been before the war (https://asiaconverge.com/2022/05/the-roubles-getting-stronger/).

The Crimean skirmish in 2014 caused the US to sanction Russian oil.  It then turned to China and began selling its oil and gas to the east.  For China too, it was a bonanza.  It 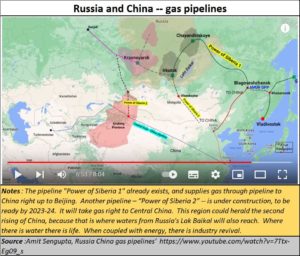 negotiated a deal which allowed it to get oil at cheaper rates than the prices prevailing in the markets.  It allowed China to derisk its energy supplies away from the South China seas – where the US was trying to ringfence Chinese trade routes. And it brough two wary neighbours, China, and Russia closer to each other.

And when the Ukraine war, instigated primarily by the US and NATO, erupted, more sanctions against Russia followed.  That in turn made Russia start selling its oil and gas to China and India at discounted prices.

Three things happened.  India and China saw their GDP growth less muted because they could source energy at lower prices.  Russia began selling more of its oil and gas to the East.  Consequently, energy costs went up for the EU which depended heavily on Russian gas.  The US may still get away will selling arms for war-torn regions.  But EU’s goose is cooked – at least for the next two years.  It is a steep price to pay for blindly following the dictats of the US through NATO.

Moreover, another development began taking place.  China had decided to ask Russia for water as well.  This is because among the four countries we look at, China has the least water as a percentage of land mass. China has already begun using desalination to cope with some of its shortage.  It is among the world’s most efficient users of water – for agriculture, industry and for human consumption.  It recycles water, treats it for human consumption, and has higher returns in agriculture compared to India despite having smaller farms and using less water.

But to grow its industry, it needs even more water.  Rather than fight over water with India, it thought it could get it from Russia.  After all Russia has almost 13% of his huge land mass under water.  Despite having three times the land mass of both China and the US.  Unbelievable.

In 2014, Russia was willing. By 2017, both Russia and China had begun discussions about drawing water from Lake Baikal into central China (https://www.theguardian.com/world/2017/mar/07/parched-chinese-city-plans-to-pump-water-from-russian-lake-via-1000km-pipeline).

That was when unofficial sources – both in Russia and China — began talking about the Chinese government being prepared to build a 3,000-kilometer-long pipeline to carry water from Russia’s Lake Baikal to farms, industries, and consumers in China. After all, China had already begun drawing on oil and gas from Russia’s oil fields. So why not water, if proper commercial terms could be agreed upon by both parties (https://www.eurasiareview.com/09032017-beijing-ready-to-pump-water-out-of-lake-baikal-for-chinas-domestic-needs-oped/). 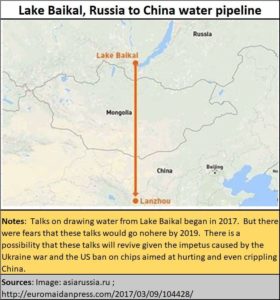 Lake Baikal is no ordinary lake.  It was called the North Sea in ancient times and has around 27 islands within its water surface.  As many as 336 rivers flow into this lake.  It is an unbelievable 636 km long lake, with a width of 48 km, and accounting for an area 31,500 sq. km.  It is believed to account for 2.3 trillion cubic metres of freshwater. It has an average depth of 730 metres; with its deepest area at 1,630 metres.

Then fears raised their heads. Many feared that such a move could spark an outrage among many Russians.

As expected, resentment began growing in Russia.  They felt that China would become illegal squatters on its lake.  In March 2019, Russia’s courts ruled that a controversial China-backed project to bottle water from Lake Baikal had received an illegal go-ahead from Russian authorities (https://russiabusinesstoday.com/environment/russian-court-says-controversial-baikal-water-bottling-plant-is-illegal/).  The plant was under construction to bottle the waters of the world’s largest lake. The project was widely condemned, and they were exacerbated by popular fears of a Chinese “land-grab” in Siberia.

Ukraine is the game changer

But the Ukraine war changed everything.  Today both China and Russia are keen to see each other thriving.  China could become the future supplier of chips and technology – thanks to the US sanction on Chips and US technical experts in this field.  Expect Chinese and Russian scientists to work together to develop new chips for industry and even the military. Expect US chip producers to lose market share.

Expect the water sharing to resume in full earnest.  When both water and energy reach middle China, expect a second – and larger — industrial revolution to take place in China.  If the country looks vulnerable today, it may be just a passing phase.  Its ability to become doubly resurgent is immense.

Russia needs India as well, as the second biggest consumer of energy.

First, it is worth noting that despite India joining the QUAD – an unnatural alliance of the 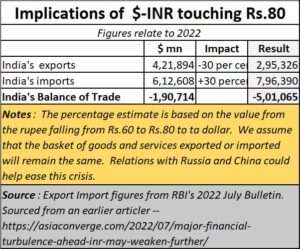 US, Australia, Japan and India –to be a foil to China, India has actually witnessed an increase in trade with China (https://www.livemint.com/economy/china-beats-us-to-re-emerge-as-india-s-top-trading-partner-11663267543382.html ).

Second, after almost six years of tense relationships between China and India, the latter has now been allowing Chinese portfolio investments into its markets (https://www.business-standard.com/article/markets/china-may-be-closing-in-on-top-10-fpi-spot-in-india-shows-rti-data-122100600733_1.html). Analysts believe that China could once again become the largest investor in Indian start-ups.

Third, India needs China which has huge investible funds.  India can be an extremely profitable market, though quite vexatious as well.

Fourth, China needs India’s market for two reasons.  China and India together account for 30% of global population and at least 40% of the world’s purchasing power.  This share is bound to increase because of recession gripping much of the rest of the world. Together, both countries can dwarf global trade.  There is a second reason why China will need markets like India.  As its own population shrinks, China may have to adopt the strategy that Japan uses to finance the well-being of its shrinking population. Today, for instance, Suzuki’s India profits are greater than all Suzuki ventures worldwide.  Such profits enable Japan to use its small population in select projects where the benefits of R&D and value added are the highest, leading to greater profits worldwide.

Fifth. Russia will need India to help exploit its minerals for the benefit of the world (as well as for the mutual benefit of the key players in this region – Russia, China, and India).  India gets a chance to employ its countless millions (it is already helping Russia in its oil exploration efforts).  Russia unlocks more of its massive mineral wealth. China gets oil, gas, and minerals from Russia.

Undoubtedly, China’s policymakers will be looking at such possibilities in a new world that can best be described as pre-Ukraine and post Ukraine.

And in this post Ukraine world, the synergies unleashed by China, Russia and India working together can be immense. 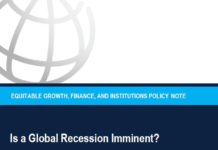 https://www.freepressjournal.in/business/webinar-why-india-and-china-need-each-other China and India can complement each other JesciliaK China and India are two resilient countries. Both countries have proved themselves even during the ongoing COVID pandemic,...