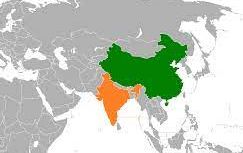 The China-India Media & Think Tank Forum, themed “China-India Relations and Cultural Exchange in 2023: New Opportunities, New Prospects,” was held on January 19, with participation in-person and virtually by 12 Chinese and Indian experts and scholars from media organizations, think tanks, and higher education institutions. The CICG Center for Europe and Asia (China Pictorial Publications) hosted the event, partnering with the Yunnan Academy of Social Sciences as well as the Department of Political Science and Centre for China Studies at the University of Kerala.

Jiang Yonggang, president of the CICG Center for Europe and Asia (China Pictorial Publications), noted that as two major emerging markets and developing countries, China and India can offer much to the multi-polarization process of the world. They can enhance strategic cooperation to maintain global stability and development, strengthen pragmatic cooperation to speed up common development, and promote media and think tank exchanges for mutual learning.

Sudheendra Kulkarni, founder of the Forum for a New South Asia, applauded the efforts made by the Chinese government and Chinese people in the fight against COVID-19. “If there is any lesson that COVID-19 has taught us, it is the need for global solidarity. The entire world must come together to face global challenges, and we need reglobalization instead of deglobalization,” he said.

In his remarks during the event, Chen Lijun, vice president of the Yunnan Academy of Social Sciences, said that both China and India attach great importance to external cultural exchanges and cooperation. He added that the two neighbors should give full play to their respective strengths, tell stories of friendly cooperation, and deepen cultural exchange to bring the two peoples closer.

“China and India must abandon prejudices and develop deep understanding in recognition of each other,” said Josukutty C. A., director of the School of Social Sciences at the University of Kerala. “Now is an appropriate moment to show their roles as responsible emerging countries on the basis of their cultural strengths and relations in a period of transformation when challenges and opportunities coexist.”

Lin Minwang, a research fellow of the Institute of International Studies at Fudan University, noted that China-India relations matter to the well-being of one-third of the total population in the world. Working for the well-being of the people should be the starting point when the two governments deal with bilateral ties. Media organizations in the two countries should also assume due responsibilities and offer objective and fair reports.

“China’s vision of the world as a harmonious society and India’s vision of the world as a family have something in common, and such visions can be realized by promoting multilateralism, deepening globalization, and greater democratization of the United Nations and international agencies,” noted Karori Singh, former director and emeritus fellow of the South Asia Studies Center at the University of Rajasthan.

Talking about the friendly cooperation between the two countries, Chen Jinying, executive director of the Center for Indian Studies at Shanghai International Studies University, suggested the governments and civil societies maintain friendly cooperation, instead of seeking conflicts or confrontation or using any third country to target each other.

“This is a world where a superpower tries to enforce its will on the rest of the world, which does not allow for different voices to flower,” remarked R. N. Bhaskar, consulting editor with the Free Press Journal. In a world full of uncertainties, Bhaskar called for think tanks to disseminate true information that the world has forgotten and replaced with lies, find solutions to the eradication of poverty and ignorance and the improvement in health services, and suggest ways to design infrastructure for better trade, people-to-people exchanges and community harmony.

Hu Yong, associate professor of the School of Law at the Shanghai University of International Business and Economics, said that there is still a way to go to the complete normalization of China-India relations even the bilateral ties show recovery in the year 2022. He suggested two countries explore the “China-India Plus” cooperation for the stability and improvement of bilateral relations.

“India and China today are mainly looked into from the angle of two fastest-growing populous economies that have huge potential to influence international political and economic dynamics,” commented Saheli Chattaraj, assistant professor of the Institute of Dharma Studies at the Somaiya Vidyavihar University. “Both have emerged to prominence taking advantage of their cultural values and potential.”

Mao Jikang, a research fellow of the Energy Research Institute at the State Grid Corporation of China, said that China and India have maintained a common position in the international negotiations on climate actions and are both in the phase of energy transformation. The challenges of energy transformation and energy security call for mutual learning and cooperation.

In the closing remarks at the event, Amina Reem, a researcher of the Department of Political Science at the University of Kerala, said that there is a need for more active dialogue between Chinese and Indian governments and scholars to extend historical literary ties and make the glory of the two ancient civilizations known to the world. 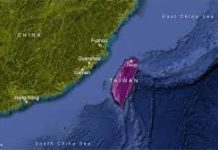 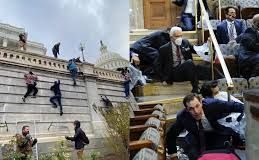 The inevitability of Trumpism

https://www.freepressjournal.in/analysis/the-inevitability-of-trumpism Trumpism was an extension of other US crimes of commission and omission RN Bhaskar  --  10 January 2021 “There is always something that isn’t working …...