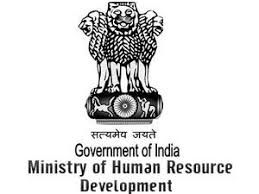 The RTE and the foreign universities could ensure the collapse of school and higher education.

Kapil Sibal, the Union minister for human resources development (HRD), is a man in a hurry.  That could explain why he has overlooked obvious loopholes in his Right to Education Act (RTE) which could virtually decapitate India’s education. The same could be said about his draft Foreign Universities Bill.

Take the RTE first.  Three provisions of the Act have consequences that could mean the virtual collapse of school education in India.

Consider these clauses: Chapter II , 4 says: Where a child above six years of age has not been admitted in any school or, though admitted, could not complete his or her elementary education, then he or she shall be admitted in a class appropriate to his or her age.

Chapter  IV, 16, says: No child admitted in a school shall be held back in any class or expelled from school till the completion of elementary education. And Chapter IV, 17 says: No child shall be subjected to physical punishment or mental harassment.

Collectively, these provisions will make it impossible for any teacher to teach his or her students effectively for several reasons. The first clause unwittingly lays emphasis on age and not mental or emotional capabilities of the student.

Thus, if a 10-year-old boy approaches a school, he will have to be admitted to Std V, because that is the class “appropriate to his or her age” even if the child has not studied for the previous four years. Secondly, when a student knows that he (or she) cannot be failed, the pressure on him to meet the minimum benchmarks also gets eased. That encourages students to take their studies and tests less seriously, blunting their competitive skills.

Moreover, schools which normally detain anywhere between 20-30% of the students in any class each year will now allow such ‘unsuitable’ students to sit in a higher class and thus adversely affect the general comprehension environment of the entire classroom.

The result: a larger number of “academically backward” students will be promoted at the SSC/HSC levels. Many students will approach the job market with the tag of “Std IX failed”. But potential employers will find their skills levels not matching even Std III levels. These are the people who will feel cheated of their right to get a job in society, and could create tremendous social discord, if not riots.

Even teachers begin to find teaching increasingly difficult as the number of ‘weak’ students keeps increasing in each higher class. If the teacher scolds the child, it could be termed as “mental harassment” —  prohibited under the RTE Act.  Fearful of the consequences, teachers will become more guarded and increasingly incompetent. Separating the ‘bright’ and ‘weak’ students into different classrooms won’t help either, because it would be termed discriminatory.

This will necessitate the teacher:student ratio to be improved to 1:20 instead of the recommended 1:30 (against the currently prevalent 1:80 or even 1:100 in most schools).  This will require the government to appoint more teachers, for which it does not have the money. Nor are the teachers readily available.

In fact, what is more probable is an increase in ghost names on school registers who will be shown as students in order to avail themselves of grants from government. Since there is to be no evaluation, no detention, and Sibal plans evaluating the success of the RTE Act only after three years (when general elections are called), it will encourage state governments and unscrupulous managements to siphon off money from the exchequer through bogus enrolments. In fact, some critics have already begun calling the RTE Act an election-funding exercise.

As for Sibal’s prescription that defaulting schools will be shut down, somebody needs to remind him that the need of the hour is to open more schools, not close them down. A better way would be to transfer management and ownership of defaulting schools to managements who have done an excellent job.

As for the Foreign Universities Bill, what it will do is to allow foreign universities to charge the fees they want, and to pay their teachers what market forces determine, without first allowing the same freedom to Indian colleges and universities, including the IITs and the IIMs. The result: the best teachers will join foreign universities located in India, because of better working conditions and higher wages.

Sibal would then have assured a total collapse of India’s education — both for schools and for its colleges.

India cares little for the dead, even the living

https://www.freepressjournal.in/analysis/the-missing-dead-series-part-i-india-cares-little-for-the-dead-even-the-living The entire series can be found at http://www.asiaconverge.com/2021/06/missing-dead-series/ The missing dead series – Part I Those who don't respect the dead, cannot respect the living either By...