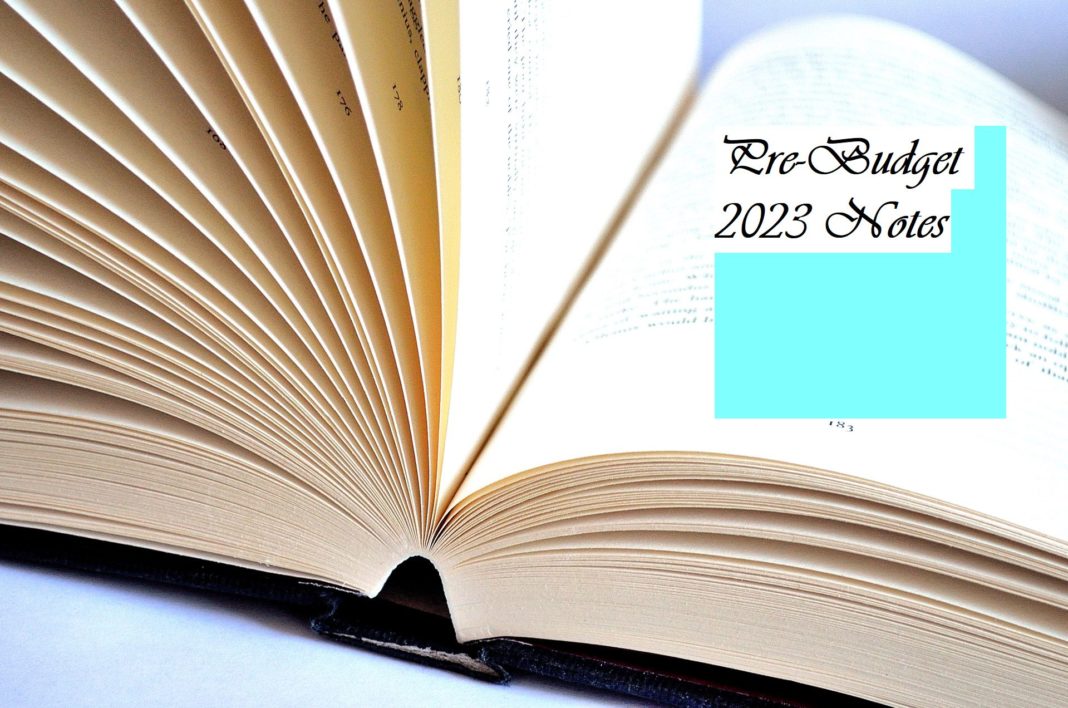 What Budget-2023 should focus on

India has reached a stage when the Union Budget has become more of a non-event.  The first hope will be less of the long-winded speeches. Can we have clear crisp enunciation of the salient points instead? And can we have the statistical appendix along with the 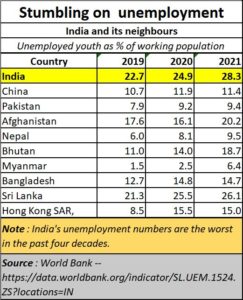 Economic Survey which precedes the Budget.  Long speeches without data only adds to the weariness of the exercise.

One reason for the Budget losing its relevance is because all indirect taxes have, by now, been subsumed under the GST.  The Budget therefore will remain a ceremony where the government lays out its plan for boosting the economy.

When it comes to the economy, there are five things that the budget needs to do.

The first three are obvious enough.  It must show more seriousness in creating jobs, improving education, and in delivering healthcare services. Ayushman Bharat – the government’s ambitious universal health insurance scheme is a joke without more doctors, nurses and hospital beds.  Insurance requires better management of hospital costs on the one hand, and maybe making health insurance and pension contribution mandatory, just as third party comprehensive vehicle insurance has been made compulsory.

Then it has to resist the temptation of giving away more freebies.  They only cripple even the most capable.  They teach a population to live off government doles, which is disastrous for any economy in the long run. But that means strengthening agriculture and related sectors. And, finally, it has to work out ways to improve dispute resolution – with the government being the biggest litigant. This means more judges, more courts an supporting infrastructure. 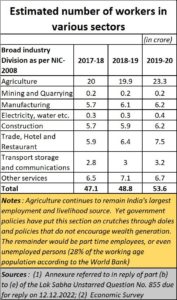 To understand the crisis, it is imperative to first realise that India has been terrible at creating jobs.  It has the highest rate of unemployment from countries in this region.  Saying that India is a big country, and that it is not fair to compare it with smaller nations, is a specious argument.  What matters is density of population as well.  Bangladesh has a population density of is 1,265 per Km2 . The median age in Bangladesh is 27.6 years.  India has a population density of just 464 per Km2. And its median age is 28.4 years (https://www.worldometers.info/world-population/bangladesh-population/.

What this means that with median age being comparable with Bangladesh, India still accounts for a higher rate of unemployment than this neighbouring country.  What is more significant is that Bangladesh has a higher per capita GDP as well (https://asiaconverge.com/2022/05/bangladesh-trounces-india/). Surely this country is doing somethings right that India has not been able to.

One problem is India’s inability to give agriculture the same respect it gives to industry (https://asiaconverge.com/2022/12/the-government-prevents-farmers-from-being-self-reliant/) .  This could be partly because agriculture is the biggest employer in the country, accounting for 50% of the population, and half the jobs as well . This makes it a target for political sops, reducing the farmer’s ability to become self-reliant.

The second problem is the government’s penchant to make money at the expense of the farmer.  Look at the way it allowed edible oil imports (https://asiaconverge.com/2022/01/the-government-lets-down-indias-edible-oil-industry/).  Earlier it was pulses imports (http://www.firstpost.com/business/how-to-protect-indias-agriculture-sector-from-over-zealous-govt-functionaries-3435752.html). 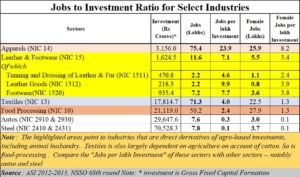 The third problem is that instead of letting alone sectors that have learnt to be self-reliant, the government is bent on crippling them as well with subsidies.

Verghese Kurien had taught the milk sector to become self reliant (https://asiaconverge.com/2021/11/remembering-kurien-and-how-much-the-country-owes-to-him/).  It grew without any doles from the government.  The government has now begun giving subsidies to this sector as well, targetting cooperatives that are politically inclined towards the ruling party.  This is dangerous.  It weakens the healthy; it emboldens the inefficient. It is important to remember that milk accounts for a GDP share of 5.2%, higher than wheat and rice put together.

Finally, the government needs to focus on labour intensive sectors, all of which have something to do with agriculture.  This is where the country gets the maximum bang for the buck.  But the PLI (production linked incentive) schemes are aimed at capital intensive sectors, with little labour content (https://asiaconverge.com/2022/10/pli-and-the-indian-economy/).  That may be good for the long run, but India needs jobs today.  It is important to promote jobs in the agricultural sector.

Just look at the ICOR table.  The largest incremental capital output ratios belong to apparels, which is linked to textiles (hence cotton), leather and food processing.  Compare the investment outlays for these sectors.  The cattle slaughter ban has hurt both leather and beef exports – both are labour intensive and major exporters as well (https://asiaconverge.com/2023/01/sodhis-resignation-has-dire-warnings-for-agriculture-and-milk/). The need to incentive agriculture (without subsidies or doles so that they remain healthy and competitive) is an urgent need.  Will the budget make this a focus area? 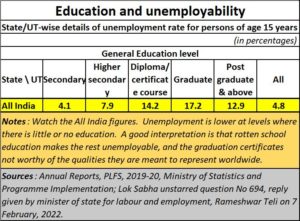 Linked to unemployment is the poor focus on education. As surveys by Pratham — India’s largest NGO engaged in the education space — show, the quality of school education is abysmal.  In 2018, for instance, Pratham’s ASER reports showed that only 44.2% of the children in Std V could read the books meant for Std II.  The score had declined from 53.1% in 2008.  (https://img.asercentre.org/docs/ASER%202018/Release%20Material./aserreport2018.pdf).

Such findings are confirmed by other data as well.  As a Lok Sabha report shows, unemployment increases as the educational qualification increases.  There is corroborative evidence to show that this is because of poor schooling.  Rotten schooling causes educational levels in colleges to plummet as well.  Thus you have graduates, who are not fit to be compared with graduates worldwide.  The solution is better measurement of outcomes at schools, so that they produce better students.

Education may be a state subject, but the central government’s ability to withhold clearances for tax exemptions for charitable trusts running schools, or for tax incentives and grants for schools that have performed well on outcomes is a weapon that the government has seldom cared to use.  As orgnisations like Nasscom and McKinsey will tell you, barely 30% of the graduates in India are employable (https://asiaconverge.com/2023/01/2023-has-begun-badly-for-india/).

There is no advantage in having a demographic dividend, without good education and employment.

Finally, India needs to make India friendlier for investors – both domestic and foreign.  This requires good dispute resolution (https://asiaconverge.com/2020/01/arbitration-and-investment-protection/).  Currently, Indians are fleeing the country.  As many as 35,000 high networth individuals who could have created jobs in India have left India (https://asiaconverge.com/2022/12/indian_economy-out-damned-spot/ ).  Lok Sabha data shows at almost 2 lakh Indians surrendered their passports last year.  That must stop.  Raids and seizures frighten investments.  With India’s savings rates declining, there is additional urgency to top rich Indians and foreign investors.  For this a better investment climate is necessary.

That is what one looks for in the budget.  Will it fulfil the nation’s aspirations?

https://www.freepressjournal.in/business/budget-2021-2022-set-up-an-agri-tech-upgradation-fund-suggests-president-of-assocham TCI and the budget expectations for the transport sector according to Vineet Aggarwal, Managing Director of Transport Corporation of India (TCI) and President, ASSOCHAM JesciliaK...