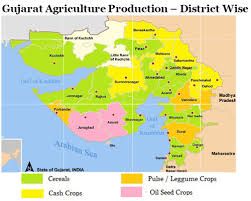 There is a new mood of resurgence on Gujarat’s farms.  Farm incomes have more than doubled during the past ten years, and are likely to grow even more in the coming years.  Gujarat’s agriculture is expected to grow by at least 9% year on year in the coming years, compared with just 2-2.5% for the rest of the country.  For the first time in India’s history, even farmers from Punjab and Haryana have been flocking to Gujarat just to see what makes Gujarat’s farms so vibrant.  Some have even begun purchasing land in Gujarat to grow crops in that state.

Some attribute the growth in Gujarat’s agriculture to the successful completion of the first phase of the Sardar Sarovar Narmada (SSN) dam.  But that played a minor part in this success story.

The roots of the agricultural revolution in the state lay in 2002-03 when Narendra Modi, Gujarat’s chief minister, decided to revamp the supply of electricity to farms and to industry.  Plagued by mounting losses (caused by lines tripping and also by theft), Modi decided to supply quality power to the farms for at least four hours without any interruption – but at night.  He explained how, this would allow them to run their pumps on three-phase electricity, thus saving them the cost of diesel-powered pumps.  This single move allowed him to authorize the switching off the supply line to farms during the day when industry too could get quality power without frequent breakdowns.  Moreover, since most electric pumps would work only for a limited number of hours, it saved on precious groundwater.

The next was to allow for farmers to get integrated with consumers.  So in 2003-04 Modi introduced laws permitting contract farming.  This helped farmers sell their produce to large purchasers at least a year in advance, and also facilitated industry-clients to invest in farmers on a long term basis.

But bigger policy initiatives were yet to come.  To galvanise the farming community he began in 2005 an annual month-long even called the Krishi Mahotsav (the farm festival) where all government officers, vendors (of seeds, micro-irrigation – or MI — equipment, fertilizers, pesticides) and even agricultural researchers and professors are required to visit each of the identified 18,600 villages. This is when farmers meet large consumers, create marketing linkages, and even consult agronomists and government officials.  Modi monitors complaints from farmers personally, keeping all concerned on their toes, and creating the groundswell – a critical prerequisite for any mass movement.

He then proceeded to set up the Gujarat Green Revolution Company. Because GGRC is the pivot on which Gujarat’s future growth will depend.

GGRC focusses on MI.  One of its moves was to extend subsidies on MI to all farmers instead of restricting it only to small farmers.  The reason: big farmers are the first to experiment.  Most small farmers follow after watching the success of bigger-bolder players.  GGRC also made the subsidy conditional only to vendors who could offer on-going extension services in terms of advice on plant nutrition and protection from qualified agronomists.  Even ceiling prices were mooted for this purpose.

This move affected MI suppliers.  Jain Irrigation, the largest player in the country, saw its market share in Gujarat to plummet from 80% to 20% and that of Netafim-India to soar from around 10% to 60%.  Not surprisingly, Netafim’s agronomists are today more in demand that the researchers from Gujarat’s agricultural universities.

The shift to MI is crucially significant. Less than 37% of Gujarat’s 95 lakh hectare cultivation land is under irrigation (canal or tubewell).  The rest is rain-fed.  When rains fail, so does agriculture.  Yet tubewells which irrigate almost 18 lakh hectares deplete groundwater reserves.  To control this, Modi ordered the construction of check dams so that water in streams and ponds remains there and does not flow into drains and then into the sea.  Over the last eight years, almost 2 lakh check dams have been built which in turn has allowed groundwater levels to soar.

But even this water may not be adequate to meet Gujarat’s needs.  That is why Modi has been pushing for increasing the height of the Narmada dam and on MI.

MI saves on water – it allows for higher productivity using much less water and fertiliser.  If water consumption could be controlled, it would be possible to irrigate all of Gujarat’s arable lands, and even increase agricultural productivity (see table).

During the past five years almost 1% of the irrigated land has already come under MI.  Each one has a success story to tell – with yields doubling, and often even more.  The demonstration effect of these farms is beginning to catch on with other farmers, and the conversion rate is accelerating.  Expect more farms to show higher yields even while using less water.

Gujarat appears to have found a way to get this done.  Its success story is far from over.

Budget 2020: Airconditioned freight for perishable food? Cost will be the...