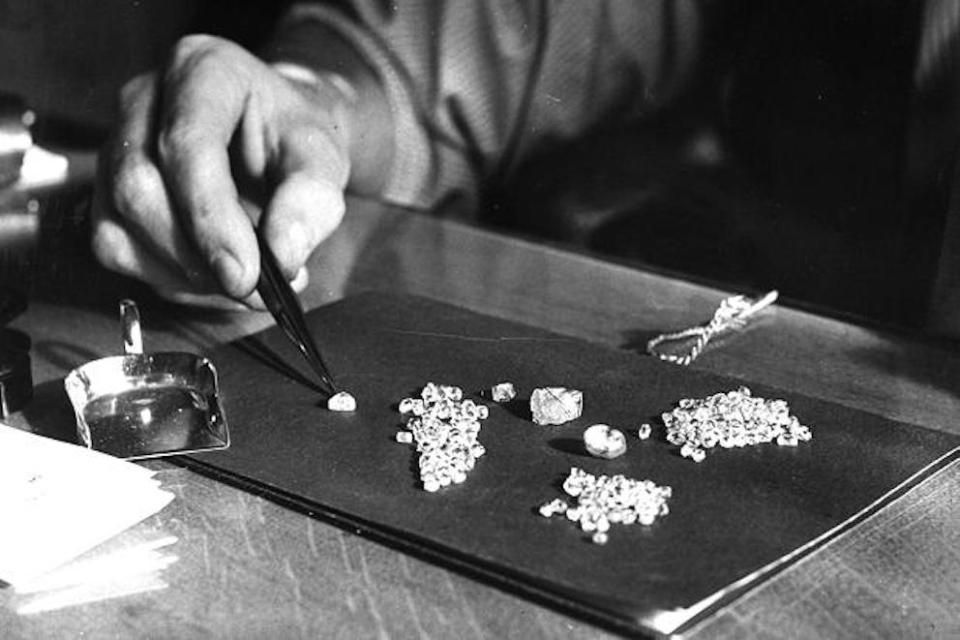 The diamond trade is in a flap.

Ostensibly, almost all players in the diamond industry back the Kimberley Process Certification Scheme (KPCS). This is a certification process ‘agreed’ upon by most participants in the diamond industry — producers, exporters and importers (including diamond cutters and polishers) — to cleanse the trade of what is normally referred to as ‘blood diamonds’ or ‘conflict diamonds’. It requires all producers to offer to all players all data (that must be auditable) relating to where the diamonds were mined, or whether they were produced from illegal mines and unauthorised sources.

But privately, most diamantaires agree that the KPCS has been a failure. They say that even though the KPCS authorities claim that only 2-3% of conflict-diamonds enter the mainstream diamond market, trade sources believe that the percentage could be over 10%.
What makes such stones more attractive is that they are sold at a discount of 30% or more to normal diamond roughs.

But there is no denying that the KPCS has drawn blood occasionally. In 2004, the Republic of Congo was removed from the scheme because it could not disprove allegations that many of its gems had come from neighbouring Democratic Republic of Congo where diamonds were reportedly being used to finance wars, violence and rebellion. The Republic of the Congo’s membership in the KPCS was reinstated in 2007.

As of December 2009, the KPCS had 49 members, representing 75 countries, with the European Community and its member states counting as an individual participant.

Today, only the Ivory Coast remains a ‘banned” producer of diamonds, though the Indian diamond trade admits that there are “some problems” with Tanzania as well. Tanzania (for good reasons) refuses to recognise the KPCS. However, the KPCS derives legitimacy from a United Nations resolution allowing for sanctions to be imposed on diamonds that come from conflict regions.

On paper, everything looks fine. KPCS works with the UN and member countries to stop these diamonds entering the legal market.

But there are questions that the KPCS authorities have failed to answer.

Why has the De Beers group been exempted from mentioning the source of the diamonds it sells? This group labels the source as being ‘mixed’, without any clear proof of origin.

This is highly irregular, because De Beers controls almost 60% of the global trade in diamond roughs (it once controlled over 95%). What makes the situation messier is that De Beers was the group that brought violence into the diamond business through its various satellite companies, because it wanted to control the global supply of diamonds.

It may be recalled that in December 1953, Sir Ernest Oppenheimer appointed Sir Percy Sillitoe, who was earlier the head of the British counterespionage service known as MI-5, to create a system which could stop independent producers (often referred to as smugglers) from selling diamonds in the open market. Those who did not accept the price offer made by De Beers and its associates were beaten into submission, killed, mugged or even ransacked. Sillitoe helped set up an elite core of agents called the “International Diamond Security Organisation (IDSO),” which even hired private armies of mercenaries to ambush diamond caravans in the jungles. When much of these ‘smugglers’ had been eliminated, the IDSO was quietly disbanded. But, the work of elimination of independent ‘smugglers’ continued. (more details on this subject can be gleaned from http://www.edwardjayepstein.com/diamond/chap14.htm).

That could explain why the KPCS is unwilling to make legal laboratory testing of diamonds, which would conclusively prove the mining source of each gemstone. This is because diamonds from each mine have a distinct ‘footprint’. For instance, the granular structure of roughs from Argyle mines (Australia) is quite different from those mined in Sierra Leone, or Ivory Coast. If the KP were to be transparent, such a system could help identify the actual mine from where the diamonds were sourced, including those sold by De Beers. By introducing a KPCS without this method, the system allows De Beers to continue forcing African countries to sell through its own marketing wings, and not sell directly into the open market. It could, therefore, be construed as a clever way permitting De Beers to increase its stranglehold over roughs from Africa, which remains the largest producer of diamonds in the world.

“De Beers only sells production from its own mines in SA, Canada, Botswana and Namibia. We have no mines anywhere else. We mix our production or ‘aggregate’ it so like for like is mixed together to provide our clients with a consistent supply of the goods they request. All our production is 100% conflict free as it comes from our own mines,” a company spokesperson told DNA.

However, the question still remains why KP has not adopted the footprint method for identifying the roughs and why De Beers cannot make a full disclosure of the stones it sells. Merely stating that they are conflict free is not the way any certification process works. Moreover, most of De Beers mines are in the African continent, where most of the conflict stones are alleged to exist.

Unfortunately, even the Government of India has often been led to believe that the only legitimate source of diamond roughs is the De Beers conglomerate, thus promoting a monopoly which squeezes out small traders and processors. A decade ago, any diamonds that were not sourced from De Beers were saddled with an additional import duty. Today, that regime has gone, but other measures are being introduced. Traders who do not comply with the KPCS are hounded by the authorities as being agents promoting the smuggling of diamonds.

At the same time, there is no denying that diamonds from mines, where basic labour norms are not observed, ought not to be allowed to flow into the market. Using the ‘footprinting’ or ‘fingerprinting’ method would be the best way of curbing the flow of such diamonds. By refusing to adopt such a technique, there is increasing discomfort that the KPCS route is being used to force African countries to adopt norms that are found acceptable to De Beers.

No wonder, many people are uncomfortable with the way KPCS is allowed to function.

http://www.firstpost.com/politics/gurmeet-ram-rahim-singh-convicted-of-rape-is-the-haryana-government-protecting-the-dera-chief-to-secure-its-vote-bank-4009439.html Is the government continuing to protect Gurmeet Singh’s Dera? RN BhaskarSep, 05 2017 09:39:11 IST   Part II and part II of this series can be found...