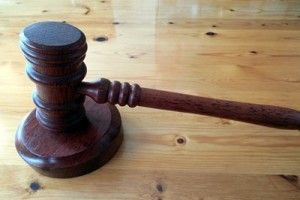 Businessmen and industrialists, both in India and overseas, are keenly awaiting the decision of the Supreme Court on issues pertaining to foreign arbitration awards.

This decision could determine the confidence of foreign investors in India, and even the entire process of governance and adjudication.

The review of these issues, which have bogged down the arbitration process, began in January 2012.

In December 2011, the apex court issued a notice appointing a five-member Constitution Bench to review almost a decade of rulings by high courts all over India affecting over 60 cases, over half of them involving the government (both state and Centre) as a litigant.

In the meantime, unhappy about the long-winded and costly judicial process in India, and unsure about the path arbitration itself has taken in this country, more and more foreign companies have begun invoking the provisions of the Bilateral Investment Treaties (BIT) that India has signed with several countries. These treaties are designed to protect the investment of a foreign business from being unfairly expropriated or adversely affected by acts of the state.

There is a possibility that the invocation of the BIT will soon spill over to the entire mining sector as well. Vodafone, Sistema and Telenor cold be the first voices in the chorus.

One of the key issues that will be hotly debated will be the government’s need to act “lawfully”, to create rules that respect the climate of investment, and laws that do not go against the grain of what is globally accepted as fair legal practice in the world of business.

It may also cover and reinforce the right of the Indian court to cancel any contract it thinks has been awarded or acquired unlawfully.

“The Supreme Court’s review may also dwell on the government’s perceived incapability in introducing laws that are simple, unambiguous and not open to subjective interpretation. Obviously, this will lead to the oft-repeated complaint of senior jurists that India’s laws are poorly drafted – by bureaucrats who are either incompetent or collusive with legislators,” says another senior lawyer.

The inability or unwillingness of legislators to let merit alone prevail in the appointment of judges and prosecutors, and to rein in such incompetent or collusive bureaucrats, or frame policies that are both fair and stand the test of time, could become another minefield which the Supreme Court may have to navigate through before it announces its decision.

Linked to this problem is the growing lack of confidence of investors in the Indian judicial process, and also in issues relating to governance.

“Earlier, it was rare for corporate agreements with an Indian party involved to be subject to the jurisdiction of foreign courts. Now, almost every commercial agreement, where one of the parties is a foreign entity (many Indian promoters have created overseas entities to qualify for this tag), have opted for Singapore, London or New York as the seat for dispute resolution, and have included foreign institutional arbitration clauses as one of the means to bypass the laborious and costly Indian adjudication process,” according to a senior lawyer from a law firm which advises foreign clients.

Ajay Jugran, whose Delhi-based law firm specialises in FDI, M&A and arbitration, said, “The real tragedy is that while the West is losing economic power and the counter-magnet of a lot of business and opportunities are in BRICS (Brazil, Russia, India, China and South Africa), India has not made any serious effort to promote itself as a jurisdiction or venue for commercial dispute resolution.”

Instead, our law and delays in adjudication by our courts is invariably criticised in every international forum, while countries with much less economic potential go out of their way to play host to litigants concerned with their businesses in India.”

Inevitably, whatever the apex court decides, its pronouncements will compel a relook at the manner in which treaties are signed by the government, which could at times conflict with existing laws in India.

Something will have to go – either the way Indian laws are drafted and interpreted, or the treaties themselves. The first could upset India’s legislators and crony capitalists.

The second could affect foreign investments into India, at a time when the country needs them very critically. 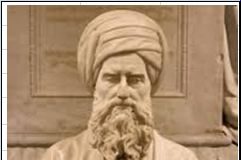 https://www.moneycontrol.com/news/business/david-sassoon-the-biggest-wealth-generator-in-bombay-4523271.html Recalling the legacy of David Sassoon to Mumbai RN Bhaskar -- 12 October, 2019 To understand more about David Sassoon, one has to go back in...