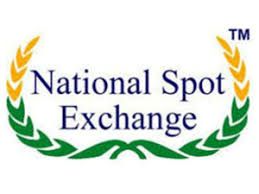 The Modi government at the Centre has been talking about making India more investment friendly. That is understandable.

After all, it has two compulsions. One is to tame inflation( http://www.dnaindia.com/money/report-policy-watch-with-el-nino-looming-large-taming-food-inflation-a-challenge-for-government-1992828). This requires reining in wasteful expenditure, and increasing productivity. The second is to create jobs. That requires investment in projects. But that involves putting up cash. However, the government’s coffers are bare. The previous government’s financial recklessness has left the treasury coffers empty. So money will have to be raised from elsewhere.

That is where foreign direct investment (FDI) and the Indian capital markets come into play. Both need to be wooed more ardently than ever before.

But capital markets depend on local investor confidence. FDI can be the icing on the cake. The core will, however, have to come from domestic investors.

That should not be difficult, going by India’s impressive savings rate of over 30%. Yet, savings are one thing, investments quite another. Investor sentiment has taken a beating because the government has ignored both the markets and the need for fair play.

The former finance minister glibly talked about how investors must learn to bear risks. But he conveniently overlooked the fact that the risk was created by the government, not just con men.

When the Harshad Mehta (HM) scam got exposed in the early 1990s, people realised that the seed funding came from banks, which lent money to unscrupulous investors against bogus banker receipts (BRs).

These were fake government-securities depository-receipts, with no underlying assets. The National Spot Exchange Ltd (NSEL) fraud took place because the government allowed NSEL to issue warehousing receipts with no mechanism in place to check whether the receipts were bogus or genuine. Same trick, another route.

After all, NSEL neither received nor paid money on its trading platform into its own account. The money exchanged for trading of contracts on NSEL never belonged to NSEL. The exchange itself just acted as a marketplace and got a small transaction fee. The money belonged to investors. Period.

The least the government can do now is to immediately help investors reclaim their money. They had invested funds through an exchange which the government allowed to be set up with flawed rules. Thus, the fraudsters will have to be prosecuted. Additionally, the government should put on trial – for incompetence or collusion – the officials who allowed such porous rules to get passed, despite knowing how the HM scam took place.

For starters, the government should immediately auction off the attached assets of NSEL’s defaulters. The money trail clearly establishes 24 defaulters. All have admitted to owing money to NSEL.

Two of them have already paid up. Assets of 17 of the remaining 22 defaulters have been seized by the authorities, and these almost cover the amounts outstanding. Since most of the defaulters have admitted to their liabilities, the government should immediately auction off such assets (except in the case of less than half-a-dozen defaulters who dispute the net figure owed). Paying back the 17,000 odd NSEL investors will convince them – and the markets – that the government does indeed care for them.

Do remember that the investors trusted the government to have the right rules in place. It is, therefore, incumbent on the government to ensure that they get their money back. The cases against defaulters and fraudsters can go on even after such monies are paid off. Investors need not wait for 20 years that they had to in the HM scam episode.

Obviously, the defaulters won’t like this. If the assets are not sold off today, they benefit enormously. Their assets could appreciate in value in 5-20 years’ time, leaving them with handsome profits. Yet, the crying need is to protect investors, not defaulters.

That is the message the government urgently needs to send out, if it wants to assure investors that it actually wants to nurture the investment climate in India. The sooner, the better.

Supreme Court continues to search for ways to deal with illegal...

http://www.dnaindia.com/money/report-supreme-court-continues-to-search-for-ways-to-deal-with-illegal-mining-will-it-take-the-right-one-1985027 Orissa and illegal mining - Supreme Court seeks solutions Supreme Court continues to search for ways to deal with illegal mining, will it take the...