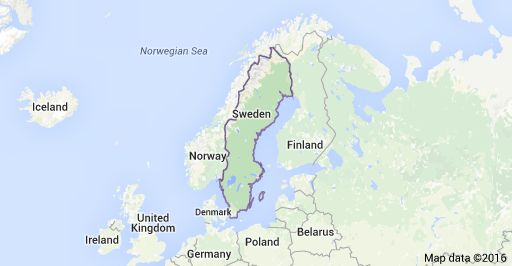 Waste-management: Sweden can show the way

But its industrial innovation is amazing – some of the best known companies (Alfa Laval, SKF, Ericsson, Sandvik Asia, ABB, Volvo, Saab among others) are Swedish. But less known is the way Sweden manages its energy requirements, using non-conventional sources of energy, wherever possible, to reduce its dependence on oil and also to remain environmentally responsible.

Consider this: The country has 242 biogas plants (2012, the latest figures) — 135 use municipal waste water (sludge), five use industrial waste (often waste water), 21 adopt co-fermentation of different kinds of waste including household waste. Experience teaches Sweden that it is easier to ferment biogas on a good mix of substrates. The total amount of biogas produced in Sweden during 2012 amounted to 1,589 GWh (giga Watt hours), that is, approximately 1.6 TWh. This corresponds to about 164 million cubic meters of biomethane, that is biogas that has been up-graded/refined to the quality of natural gas. There are around 50 installations for the up-grading of biogas to the quality of natural gas. It can then be used as CNG for vehicles, or even for cooking.

Approximately 50% of all municipal solid waste (MSW) is converted into energy, and less than 1% of the MSW ends up as landfill (Sweden now has a ban on landfills in place). Around 53% of the biogas produced in Sweden is used as vehicle fuel. In 2013, vehicle gas replaced gasoline and diesel equivalent to about 97,000 cars. About 62% of this was biomethane.

In sharp contrast, look at India. Its municipalities love landfills because it allows some powerful people to grab land and make obscene amounts of windfall gains. Waste is often controlled by a mafia-like operation.

Ganga and Clean Yamuna projects. It would be cheaper to prevent contamination at the source itself.

We squander MSW – the open to sky exposure of solid waste by Indian railways is a good example. Instead, if the railways were to collect the solid waste and dump it at collection pits at select railway stations, you could have methane generating stations there, and the residual (treated) slurry could be used as manure. That would help reduce both India’s fossil fuel and fertiliser import bills. (Read more)

The potential in India is huge (see table). And this does not include food waste or consumer waste (packaging, newspapers, etc). With the world’s second-largest population of humans, the largest population of cattle, and a large number of other animals, India could have created Gobar Banks. Gujarat has shown how to do this. (http://epaper.dnaindia.com/story.aspx?id=39976&boxid=15355&ed_date=2013-02-27&ed_code=820009&ed_page=13).

India has plenty of sunshine. If solar and biogas were given just a fraction of the same incentives that oil and gas have been given to date, India could reduce its import bills almost overnight. It would also keep its environment that much cleaner, and make the country that much more liveable for its people.

And this is where policy vision must kick in.

Is it difficult for India to have a national waste management policy? Could we not ban landfills, the sway Sweden has? Can we not penalise any government or municipality for polluting groundwater, running water, earth (landfills) or the environment? After all, if they affect the lives of people, they would be violating the constitutional right to live, wouldn’t they?

Is it possible to have a national policy for the 100 new cities being planned to make open air defecation a punishable offence? Can the policy also mandate that all solid waste (animal or human) should go into community collection centres. Do that for food and other types of biodegradable waste as well. Together, they could allow for the generation of prodigious amounts of methane, and also help the environment.

Some (but minuscule) work is already being done in India to make this happen. But more on that later. 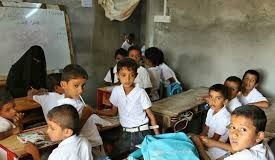 Focus on schools, not IITs

http://www.dnaindia.com/analysis/column-policy-watch-the-rot-begins-at-schools-2105831 The rot begins at schools "Make in India" is a good slogan. But it depends critically on the making of people, character-building, even basic literacy...
Don't meddle with IITs and IIMs. Improve school education instead