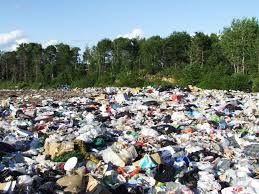 True, there are other municipalities that have also blundered, but without either a concrete plan, or even a transparent tendering process.

Second, it has gone about placing an order with a private party for processing 1,000 tonne per day (tpd) of waste, but which actually processes barely 300 tonne daily.

The PMC has nevertheless gone ahead and placed an order for another 700 tpd plant which is said to be actually processing just 250 tpd. This is in addition to two more decomposting plants of 100 tpd capacity. And this is being done when there are more than 21 smaller plants each handling 5 tpd. In spite of all this, the PMC wants to go ahead with ordering two more waste management plants of 250 tpd each.

Clearly, there is a great need for well-drafted policies to be put in place. For instance, no orders should be placed for any solution without first scientifically establishing the quantum of waste generated. Laying down benchmarks for pricing and cost-efficiencies is imperative. And dos and don’ts need to be transparently emphasised as well.

Yet, knowing how such estimates could be influenced, the policy should mandate adoption of a reverse auction process – the way Bangalore did – with all terms clearly explained, who should do what, when and how, the need to avoid pollution (no landfills or incineration, please) and the penalties in the event of default.

Here is what Sweden has done. And such technologies and partnerships are easily available with countries like Japan, Singapore, Israel and Germany as well.

This does not mean that India lacks either the genius or the expertise to develop such waste management systems. dna has been studying the solutions being offered by some players. The projects they have set up appear impressive, and ought to be studied by municipalities.

Later Gadhia turned to converting waste to energy (see table). For his latest project, which seeks to expand the waste-to-energy solutions at Muni Sewa Ashram, Vadodara, his unit will produce biogas to produce enough electricity for an air-conditioning back-up system, bottled CNG for vehicles, and will also supply cooking gas to a few villages nearby.

Vinay Kore, chairman, Warana Cooperative (near Kolhapur in Maharashtra) has set up a waste-to-energy digestor producing 8,000 m3 of biogas daily. (http://www.dnaindia.com/money/report_a-great-deal-of-gas-to-harness_1807789). When expended it will generate 22,000 m3 of biogas/day.

Srinivas Kasulla, in partnership with his German associates, has set up around 50 such biogas plants of varying sizes across the country.

But these are breakthroughs in very small pockets. They can actually transform India only when proper, well-drafted policies are in place at the national level.

This is what the government at the Centre ought to do — tabling a national policy on waste management with guidelines on how tenders for such systems ought to be floated. Once that is done, citizen groups can challenge any award in courts in case such guidelines are not followed.

India needs such systems. Primarily, because the numbers involved are staggering. They could help save on fertiliser and LNG import bills. Second because the spin-off benefits — for the country, the municipality and tax-paying people — can be tremendous.

One only hopes that the Modi government will focus on this as well.