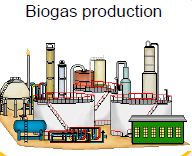 It is quite possible that Bangalore could set the stage for a national policy on waste management.

It was, after all, this city’s municipal corporation (Bruhat Bangalore Mahanagara Palike, or BBMP) that tried to float a tender for garbage collection with new guidelines in December 2005. After objections, another tender was floated in 2009, but this too got challenged in the courts. The courts issued a stay on ‘operationalising’ the tenders.

But, promptly, this too was challenged, and another stay was reimposed on July 29, on the grounds that tender of the kind that BBMP had floated earlier could be not called just a few months before elections.

The Bangalore MSW management tender plans had filled many with hope, and some very powerful vested interests with dread. The reasons are well known. The tenders invited in 2005 brought in bidders who actually offered to save the BBMP an annual expenditure ranging from Rs 300 crore to Rs 1,000 crore on MSW collection and disposal.

One of the bids – from Japan — categorically stated that all capital and recurring expenditure would be arranged by the bidder, with no funding support from BBMP. All that this bidder wanted was a guaranteed 30-year concession. In turn, it would convert all MSW into energy, and recover all costs incurred, and even turn in a profit.

Another bidder from India wanted just seven acres of land, and the rest of the expenses would be met from earnings got from the sale of methane and manure.

Such proposals were cataclysmic. Parties rushed in to block such proposals. Some media reports call them efforts on the part of a “garbage mafia”. The courts were persuaded to grant an immediate stay on processing such tender bids citing technical irregularities.

After all, the tender would render redundant the need for landfill areas (often an excuse for land grab in urban centres). The money that goes to pay for scavenging staff could have been saved. Such a system could break the hold BBMP had over the city and its finances. The stakes are quite high indeed.

Curiously, the courts, which have constantly claimed that they give top importance to consumer interests, appear to have failed to realise the tremendous harm such stays have caused to the social fabric. Consequently, the introduction of a sensible, ecologically sounder and certainly less expensive concept for disposal of MSW has been postponed since then.

The BBMP proposal could have kickstarted similar proposals in other states in India. Each municipality in the country pays for getting garbage removed, pollutes land (and groundwater) by dumping the waste on identified parcels of land. The bids received by BBMP showed that none of this would be required.

Waste generates money in various ways. The first is through generation of methane, which can be sold as CNG for vehicles, or cooking gas for residences or restaurants. This is being done quite effectively at Warana Cooperative near Kolhapur in Maharashtra and a few other locations (http://www.dnaindia.com/money/report_a-great-deal-of-gas-to-harness_1807789). But more on this later.

Then there is waste heat that can be recovered either for heating up establishments or for cooling as well. If the decomposting unit is large enough, one can put in a de-sulfonation plant, which can pay for itself through sale of the recovered sulphur.

Finally, the residual (treated) slurry can be dried, pelletised, and sold as organic manure. Most experts believe – if handled properly – the successful bidder could end up making decent profits. But the invisible benefits are what matter most.

There is no ‘dumping’ of waste, hence no pollution of air, land and ground water. There is a reduction in the country’s import bill – from reduced purchase of fossil fuels and fertilisers. Most importantly, it helps people realise that it is usually cheaper to treat sewage than treating contaminated water (and land) which is an inevitable consequence of untreated sewage. Sweden does this quite successfully .

Unlike conventional wisdom that believed that the solution lies in treating waste, the newer thinking is to exploit waste, till there is little left to treat.

One only hopes that the courts will move quickly to ensure that such critical plans are not thwarted, and policymakers ensure that citizens get a better deal from their elected representatives.

Maheswara Reddy from dna Bangalore contributed to this article.

https://www.freepressjournal.in/business/geography-economics-history-and-culture-heres-why-india-and-china-need-each-other How should India view China? RN Bhaskar - July 2, 2020 At times of war, it is dangerous to talk of peace.  As the poet TS...