Can a government become a slum developer? The proposition sounds absurd. Governments should be promoting what is legal. A slum is usually a collection of dwellers squatting illegally on property. Governments plead helplessness. Are these pleas credible?

However, there appears to be a very strong connection between well-managed states/cities and the virtual absence of slums. Conversely, exploitative governments of states/cities appear to have more slums. (see chart).

Consider some of the states/cities which have the lowest incidence of slum formation. Here you have Kerala, Assam, Jharkhand, Gujarat and Chandigarh.

One explanation is that territories like Kerala and Chandigarh have populations that are hypersensitive to any change in the demographic profile of the places they reside in. Chandigarh, a common capital for two states, has political parties and even governments eyeing each other hawkishly to prevent any unfair tinkering with demographics. That has also resulted in better competitive governance.

High levels of literacy and fragile religious fault lines in Kerala have ensured that no community attempts any politician-inspired demographic tinkering through the formation of slums.

The same could be said about Assam too, where the influx of people from outside the state — even legally, as with Marwari businessmen residing there — has always been a sore point. And many of the slums that do exist could have much to do with the influx of Bangladeshi immigrants. This is an assumption based on anecdotal reports, because the Census does not classify slum-dwellers on the basis of religion.

Gujarat has few slums because age-old mercantile traditions have made its people suspicious of anyone trying to benefit from state doles, and usurpation of public property. It is perhaps the only state that has ensured that land titles are properly accounted for — even for those who got grants of land as part of several land reform and resettlement programmes.

They all are living examples of the adage that the price of freedom is eternal vigilance.

Jharkhand could be an exception because it is a newly formed state, and hence has not yet fallen prey to the age-old wiles of legislators. However, it is also a state where much of the land is owned by tribals. Hence, local vigilantes have invoked laws meant to protect tribals to drive away any potential squatters. It would be interesting to find out if slums have come up on tribal lands elsewhere.

West Bengal comes as a surprise. One would have thought that with migrant Bangladeshis always knocking at the doors of West Bengal, the temptation to use slums — and thus reap the twin benefits of religious appeasement and slum-protection — would have been an extremely tempting option. However, one explanation is that in West Bengal, political power comes from rural areas, not from its cities. But the situation is different with Kolkata. In that sense, West Bengal is like Maharashtra — a low slum development rate at the state level, but a high rate in its cities.

The worst of the lot would be territories that have more than 30% of their urban households staying in slums. Each of these territories has an exploitative — if not rapacious — government. The pride of position goes to Vishakhapatnam (44%), followed by Jabalpur (43%) Mumbai (41%) and Vijaywada (40.6%).

Undivided Andhra Pradesh has the worst record among the states of India. While some may say that the slums of Vishakhapatnam had much to do with SAIL setting up its plant there, thus drawing migrants from a relatively impoverished Odisha, it is also true that slum development is yet another trick used by the real estate mafiosi which has enormous political patronage (remember Satyam and Maytas?). Religion too plays a part here, as many slums are abetted by politico-religious leaders seeking to increase their voting clout.

Maharashtra also comes out poorly.  Two of its cities — Mumbai and Nagpur — boast of high slum populations. Both are cities where local politicians have often shamelessly created votebanks, savagely hurting the glory that these cities once enjoyed.

It is then that one realises how inadequately India’s courts and the election commission have worked to preserve the real meaning of democracy. It goes beyond ensuring a vote for each person. It must include assuring individuals that their voting right will not be marginalised, through demographic tinkerings like slum development.

Slums are terrible, because they are often diabolic stratagems employed by wily people to gain political clout. They are unacceptable because they exploit the vulnerable, by first telling them that collectively they are strong, and then selectively extorting money and much more from them. Not surprisingly, the worst kind of prostitution too survives in slums — unregularised, and hence even more vulnerable.

That is why the courts and the election commission must discover new ways to separate the right to work from the right to vote. Allow people to work; but allow them to vote only from places where they have a legal address.

The Union government is already planning to do this in the North-East. It needs to be done in cities as well. Without the courts and the election commission intervening, it is unlikely that legislators will learn to abjure such easy recipes for demographic fiddling.

But no solution is complete without affordable housing. Watch this space.

Read more on India and its policies. 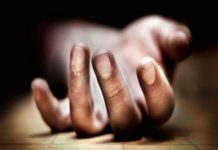 Illegal parking and hawking: A recipe for decongesting Mumbai and Delhi