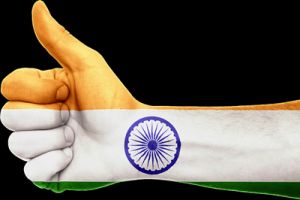 There’s a lot going on in media nowadays that makes one believe that India is going downhill. It could be an orchestrated approach to malign the present government. Or again, it could be a mere coincidence that so many voices have begun screaming in unison. The recent results in Bihar are not likely to make things much better for the government.

However, look at some of the numbers. They appear to tell a different story. During the first six months of 2015, for the first time in its history, India became the world’s top recipient of FDI.  Till now, India was #1 only when it came to remittances. At US$ 72 billion, this country remains the world’s largest recipient of remittances.

Now this honour has extended to foreign direct investments (FDI) as well. With FDI capital inflows of US$ 30.8 billion, India has outpaced all other economies in the world. It has moved up from the fifth spot during the corresponding period of the previous year to the premier position in the first six months of 2015.

Moreover, even as most economies have begun to witness negative investment inflows, India has seen these numbers swell (see chart). Capital inflows increased by 32% over the corresponding period last year, while the number of projects increased by 37%.

Look at the GDP numbers as well. India’s GDP has continued to climb at a time when that of most other countries has begun to falter. And yes, the CAD (current account deficit) number is also falling – from a peak of 4.5% in 2013 to just around 1.3% this year.  Of course, that could be because of the fall in oil and other commodity prices on the one hand, and the reduced import of gold on the other.  But there is no denying that the CAD number has fallen.  That is what matters!

Look also at the manner in which – thanks to the RBI (Reserve Bank of India) and suitable measures by the finance ministry – the inflation demon seems to have been tamed. The CPI (consumer price index) has registered a drop from 10.9% in 2013 to 5.1% during the first six months of this year. WPI (Wholesale Price Index) on the other hand has declined from 6.79% to minus 2.45% this year during this period (figures taken from EY’s report titled “India 2015: Ready, Set, Grow”).

Looked at over a longer period, India’s GDP has grown 2.5 times over the past 15 years. Per capita GDP growth has gone up 3.3 times during this very period. And foreign exchange reserves have grown 7 times. So what is the shouting all about?

While all this is good news, there are still two dark clouds still hovering over India which could spoil the entire party.

But, it is possible that these direct employment opportunities could be a fraction of the ripple effect they will have on indirect job formation.  However, those numbers aren’t out as yet, and anecdotal inputs suggest that many young people are getting fretfully impatient with the government. That is not a good sign.

Second, the needless tolerance of divisive voices which seek to heighten discord between communities could have been avoided through the application of a huge arsenal of laws that the government already has at its disposal. That hasn’t happened. On the contrary, the senseless push towards ban on slaughter of the cow and its progeny could hurt rural wealth generation, job formation, besides vitiating the atmosphere for further growth. Such fissiparous elements need to be reined in quickly.

The big hope is that many of the infrastructure projects – a very large employer – are just about to take off. Expect the trickle of investments into infrastructure to become stronger in the coming months. Once that happens, the real acid test of economic revival will take place.  Will domestic investments into India begin to blossom?

That should not surprise anyone. Foreign investment has a greater appetite for risk.  Usually, they lead the pack. But the bigger investment will be from the domestic sector.  It is just waiting to test the climate. Should the weather improve, expect extremely bullish times ahead.

The gold monetization schemes, announced by the government last week, are the first major step towards harnessing domestic potential.

Almost every major investor – global and Indian – is waiting for more of that to happen. 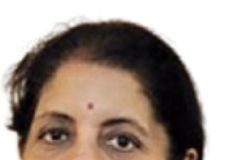 Budget 2022: Why provisions for agriculture and the poor are laughable...

https://www.firstpost.com/business/budget-2022-why-provisions-for-agriculture-and-the-poor-are-laughable-with-no-attempt-to-reward-the-efficient-10341031.html Budget2022 Everyone seems to be smiling, but the strains are visible RN Bhaskar The Budget papers have been presented before the Parliament.  At the time this article...