Home Analysis What Indian Railways could learn from Japan 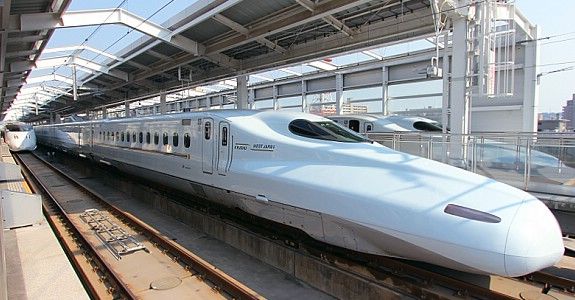 India once boasted of having one of the largest railway networks in the world – thanks to the British. But it slipped in global rankings on all counts.  Today, it is Japan which could teach India lots of things.

First, India may have the population and the railway tracks.  But more people travel (very comfortably) by rail in Japan than in India (see chart).  Japan saw 8.8 billion railway passengers last year compared to 7.7 billion carried by Indian Railways.  Moral: give people comfort, reliability safety, speed and relevance: then more business will happen and people will travel.

Second, Japan has fewer trains and tracks than India, and even China.  But it runs more trains every day than any other country on each track.  That is because while efficient China turns round a train every 40 minutes, super-efficient Japan turns them round in just 12 minutes.  As a result, despite having just 3 platforms and 6 tracks at its most active railway station, Tokyo, Japan runs 426 trains a day compared to 156 for China which has 6 platforms and 12 tracks at its busiest railway station, Beijing South.

Take, for instance, its ‘Seven Minute Miracle’ (https://www.youtube.com/watch?v=rFXi1cM9vO0). That is the time within which a Shinkansen train is cleaned up for its next journey.  2 minutes for people to get off the train, 7 minutes for cleaning, and 3 minutes for passengers to board it.

Third, the steam engine may have been invented in the West. But the first superfast train, the Shinkasen, was invented in Japan.  It was pressed into service in 1964, and since then it has not witnessed even one accident.  There have been no fatalities since then. Other countries, which introduced high speed railways much later, have witnessed worse accidents and high numbers of deaths.  The newest Shinkansen travels at a maximum speed of 320 km/hour, and is the fastest in the world.

Equally impressive is that even though Japan has more earthquakes and tsunamis, its safety record is spotless. When a tsunami is about to hit Japan, its sensors catch the signals a few seconds earlier. Power to those lines gets automatically switched off; all trains along the route come to a halt.  When the 2011 tsunami hit Japan, knocking out the Fukushima nuclear plant, as many as 27 trains were running at the time. They halted almost simultaneously.  Not a single life was lost.

So what does Japan do that others cannot?  Well, for one, the Japanese believe that the supply of technology, train engines and coaches is only half the story.  Explains one senior official, “For us, running the train, operating it, maintaining it, and developing the people who will operate and maintain it in the future is the other half.  It is training people to operate and maintain these trains that gives our customers the edge. Thus we offer a lower life-cycle cost for our trains, even though the initial price tag may appear high.”

It is similar to what Suzuki did with Maruti and with its ancillary suppliers (mostly joint ventures with Japan) in India.  It introduced work processes, management concepts (like Just-in-time and kaizen), ancillary development and even logistics chains — to ensure that the vehicles produced were the best of their class, though less expensive.  Today, Suzuki makes more money out of its Indian operations than from its other plants globally.

The focus on human resource development is what persuaded the Japanese government, in October 2014, to push for the formation of yet another financial institution — JOIN (Japan Overseas Infrastructure Investment Corporation for Transport and Urban Development).

It is through JOIN that Japan has managed to wrest the first US order (worth $40 million) for a Shinkansen connecting Dallas and Houston. The actual operation of this train is expected by 2022.

The focus on human resource development was reiterated by Japan’s Prime Minister, Shinzo Abe, last week, in a speech at the ASEAN Invest Seminar where he announced an industrial human resource development cooperation initiative, which will benefit 40,000 people in 3 years. He also spoke of a Japan-ASEAN Women Empowerment Fund to be established so that Japan could invest for micro finance institutions in Asia.

Japan’s officials proudly point to the work they have been doing in India, with the most prestigious metro railways systems (in Delhi, Mumbai, Bengaluru, Kolkata and Chennai).  Japan is also bidding for the 500 km high speed railway line between Ahmedabad and Mumbai.  It would be similar to the legendary Tokyo-Osaka (515 km) Shinkansen which made the first big impact in Japan. The joint feasibility study by India and Japan was submitted to the government in July 2015, and the award is expected shortly.

http://www.freepressjournal.in/business/india-argentina-moving-towards-building-a-stronger-bond/1179081 Argentina and India seek to boost ties — By R N Bhaskar and Rahul Nayar | Nov 30, 2017 10:29 am Relations between India and Argentina...