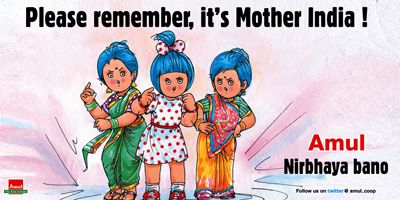 The government becomes its biggest threat. . . . .

On 14 May 2015, Jethabhai P Patel, chairman of the Gujarat Cooperative Milk Marketing Federation (GCMMF) made some very important statements that should make India’s policy makers sit up and pay more attention on how to address rural development.

Patel began by talking about the incredible growth of the milk industry in India. “Milk,” he stated, “is the largest agricultural crop in India with market value exceeding Rs. 4 lakh crore (US$ 65 billion) per annum and . . . . . contributes the highest to the total output of our agricultural sector, surpassing the output value of wheat, rice and oilseeds.” Milk, he added, directly affects the livelihood of more than 150 million farmers. He further explained how milk production in India has been growing “at 4.5% per annum, and is expected to touch 200 million metric tonnes per annum by 2020”. The potential for increasing this production is huge, he added because of two reasons.

First the average yield of milch cows is still very low – just about 3 litres per animal per day compared to 30 litres in the developed world. Merely by focusing on feeding habits, milk production can be doubled. And with careful cross-breeding, it can be multiplied several-fold. Both methods are being pursued to increase milk productivity especially under programmes like the National Dairy Plan (NDP) of the National Dairy Development Board (NDDB) with an outlay of Rs.18,000 crore.

Second, by further expanding the cooperative movement beyond Gujarat in states like Punjab, Uttar Pradesh and West Bengal (see this column of last week — http://www.freepressjournal.in/relevance-of-amul-in-indias-page-part-1/742104) . It is only a matter of time before it reaches North East India (some work is already being done in Guwahati, Assam) where there is acute rural poverty).

But there are dangers that lie ahead. Many of the developed countries of the world want to include dairy products under the Free Trade Agreement (FTA) negotiations. As Patel puts it, “Faced with the prospect of mounting inventory of dairy commodities [overseas] on the one hand and stagnating demand in their own home markets, these countries have begun eyeing India as a dumping ground for their export surpluses. If they succeed in their objective, then the domestic dairy industry of India will be crippled forever.” This could well affect much of India’s rural population. It could mar the “Make in India” dream forever.

The fear is justifiable. For instance, just this year, milk prices in Australia crashed because of overproduction, and this milk is now being sold to countries at just half the prices that were prevalent last year. If milk were to be imported at such prices, such a move could destroy market economics in India and financially devastate milk producers here.

It was to prevent such things from happening that Verghese Kurien (the “Milk Man” of India) devised a brilliant mechanism which would allow all milk imports to be routed through NDDB, which in turn would sell it at market prices to the Indian trade. This way, domestic prices would remain protected, and the surplus earned by NDDB could be used for strengthening the cooperative sector.

What is equally galling is that many developed countries have begun denying India “access to their markets . . . . . through several Non Tariff Barriers (NTBs) like FMD, Brucellosis, Residue Monitoring, Aflatoxin etc”, adds Patel.

Patel reminds people of how imports in the edible oil sector have already crippled that industry in India. This, he explains happened “post-WTO [World Trade Organisation] implementation in 1996-97”. At that time India was one of the largest producers of oilseeds in the world. Its imports in 1990-91 were just around 500,000 tonnes — around 9% of India’s total requirement. Today, liberalized edible oil import has resulted in 12 million tonnes, worth Rs.60,000 crore, being imported, accounting for 65% of our total requirement. The country has thus moved from 91% self-sufficiency to just 35% in just two decades. “We cannot let our dairy industry to suffer the same fate,” states Patel.

In fact, just recently, the government itself, misled by reports that there was an impending shortage of milk and milk products in India, allowed import of 5,000 tonnes of butter-oil through various players. That, coupled with the fall in global prices which affected Indian exports, caused a great setback to producer pricing in India. While the cooperatives managed to protect their members, non-cooperative producers were at the mercy of middlemen, who compelled them to sell milk at lower prices.

A similar situation happened in 2012. That is when imported milk products depressed milk prices in India. Even then, the cooperative sector managed to insulate itself, as did farmers who sold to enlightened milk companies like Hatsun. But in North India farmers were ‘compelled’ to sell milk to middlemen at distress prices. Finally, milk producers had no option but to take to the streets and pour their milk on the roads to register their protest.

Thus, the biggest risk for milk producers is the government’s own inadvertent short-sighted approach. That hurts this sector which has done India proud. Someone needs to advise the government against such moves. 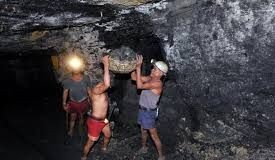 http://www.dnaindia.com/money/1883063/report-policy-watch-maharashtra-still-flirting-with-illegal-mining Maharashtra loves illegal mining Though cases have swelled in the recent past, the fine collected from offenders is on a downhill road. On August 23, 2013,...