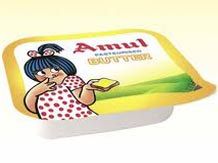 All through the 1980s, Verghese Kurien, the “Milkman of India” kept telling people that this country had a natural strategic advantage with milk production. He predicted, even then, that India would emerge as the world’s largest milk producer. By the turn of the century, his vision came true.

His foresight was based on some very perceptive analysis of what could change the destinies of millions of poor farmers. He knew that:

(a) most Indians had rice or wheat as their staple diet;

(b) since the first priority for any government is to feed and safeguard its people, production of rice and wheat would be given top priority;

(c) this would mean that India would have four kg of chaff and straw for every kilo of rice or wheat produced. In other words, India would have basic cattle-feed almost free of cost as a by-product. Other countries would have to grow food for their cattle.

(d) the above advantages would make India the lowest cost milk producer in the world given its large population and eating habits. True, China had a similar advantage. But, as he pointed out, most Chinese could not digest milk. Having a domestic market always helps in becoming a global player.

(e) three more conditions are essential to exploit these natural strategic advantages. First that milk remains largely a backyard production industry (“production by the masses” not “mass production” was Kurien’s constant refrain). Second, the farmer-producer must get a bigger share of the market prices. Unless the farmer is incentivised with higher returns, he will not produce more. Third, to protect the farmers, dumping practices by global suppliers, they must never be allowed to hurt the interests of farmer-producers (more on this next week). To protect Indian farmers, Lal Bahadur Shastri (the then prime minister) requested Kurien to head the NDDB (National Dairy Development Board) in addition to GCMMF (Gujarat Cooperative Milk Marketing Federation which promotes the Amul brand). Kurien, in turn, persuaded the government to ensure that any imported milk or milk product was canalised through NDDB, and sold to the markets at fair prices.  The profits (if any) would lie with NDDB to promote the cooperative sector for enhancing milk production.

GCMMF’s mandate is to purchase milk only from cooperatives. The Amul Model of dairy development is a three-tiered structure with the dairy cooperative societies at the village level federated under a milk union at the district level and a federation of member unions at the state level. GCMMF, the federation, works towards the establishment of a direct linkage between milk producers and consumers by eliminating middlemen. The milk producers (farmers), through a professional management, control the procurement, processing and marketing of the entire milk chain. Through sheer efficiency and relevance, GCMMF has grown. From procuring just 111 crore litres of milk daily on an average in 1994-95, today it procures 2,073 crore litres of milk daily. It has grown 20 times in around 20 years.

But what makes the Amul model most relevant for India is that this is the only structure that allows farmers to get 80-85% of the market price of the milk. This contrasts sharply with global practices where the farmer producer gets 30-40% of the market value, the procurer-cum-processor takes away another 30% and the retailer/distributor the rest.  Even in India, producers of other agro products get only 15-25% (at times just 10%) of the market value.

It is the cooperative milk sector which has showed the world how agro-producers could be both rewarded and protected. Their produce price is protected by the federation. When supply is greater than market demand, much of the surplus milk is converted to skimmed milk powder (SMP) for being reconstituted into milk during the lean months.  The rest goes into making other milk based products like butter, ghee, shrikhand among others.

The Amul model has helped India become the world’s largest milk producer today. It is also the largest agro-product brand in Asia. More than 15 million milk producers pour their milk in 144,500 dairy cooperative societies across the country. Their milk is processed in 184 District Co-operative Unions and marketed by 22 State Marketing Federations, ensuring a better life for millions.

Incredible though it may sound, the entire procurement, processing, packaging, distribution and collection is managed within 20% of the market price of milk. In spite of this, GCMMF turns up a profit which is shared with milk producers as bonus.  And even though the money collection cycle for GCMMF may extend to a fortnight or more, milk producers are paid for their milk every day. The farmer earns a surplus of around Rs.75 per cattle per day for 300 days a year. That is big money for rural areas, allowing the farmer a steady daily cash flow, augmenting his seasonal income from crops.

Now GCMMF has decided, in partnership with NDDB, to promote cooperatives and processing centres in other states as well. It has set up procurement and processing facilities in Punjab, West Bengal and Assam. It is augmenting processing in Gujarat as well. Cumulatively, GCMMF should see incremental milk procurement of 2.5 million litres at least in a few years’ time.

As can be seen from the chart, GCMMF’s total collection from outside Gujarat has already begun growing. Expect that to swell even further in the coming years. That may also fit in excellently with the present government’s plans of empowering the farmers and increasing rural wealth in other states. Expect the Amul model to become even more relevant to India.

But there is a big risk that India’s most successful agricultural model faces. Ironically, this risk comes from the government itself.  But more on that next week.

http://www.freepressjournal.in/analysis/rn-bhaskar-epayments-the-government-stumbles-again/1023892 Epayments - several things the RBI and the Cabinet Secretary overlooked — By RN Bhaskar | Feb 23, 2017 08:59 am Last week, the government came out...