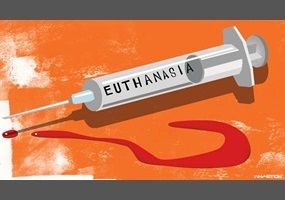 Last week, the Supreme Court (SC) of India resurrected the debate on euthanasia. The topic had seared the conscience of the nation when, in March 2011. That was when a two-member bench of the SC pronounced its judgement on the plea that Aruna Shanbag, a nurse who had been raped and left to vegetate for decades, be allowed to die. Over time, many people forgot about it, but it continued to simmer.

This time, the observations have come from a five-member Constitutional bench.The SC bench was hearing a petition filed by Common Cause requesting the Court to give legal sanction to the “Living Will”. A disclosure is required here: The author is closely associated with the Society for the Right to Die with Dignity.

In the 2011 judgement, the court (even while disallowing termination of Aruna’s life) addressed the need for terminally ill persons to die with dignity. It wanted each case to be examined and certified by a team of empanelled doctors, and then let the courts ratify that certification. The court had voiced apprehensions that if doctors were given an absolute right to decide, such provisions could be misused.

Last week the SC asked for the government’s view on legalisation of passive euthanasia and Living Will. It also wanted the government’s view on whether a terminally ill or vegetative person could be taken off life support systems. It also noted that “ventilators are a lucrative business now” and that putting a patient on a ventilator against his wishes amounts to torture.

Irrespective of what the government or the SC may decide in the future, there are a few myths that need to be debunked here.

First, is the fear that any provisions allowing for medical termination of life could be misused. Reality: anything can be misused – right from a matchstick to a knife. A sensible government does not ban, but creates laws, measures and processes to minimise misuse. This way – as the saying goes — you don’t make the good an enemy of the best.

In fact, this is what The Transplantation of Human Organs Act 1994 (THOA 1994 http://health.bih.nic.in/Rules/THOA-1994.pdf) does to promote cadaver organ donations. It allows an authorised panel of doctors to examine a patient to certify that he is brain dead. The process takes just 6-24 hours. If euthanasia can be misused, so can THOA 1994. A patient in coma, who is not brain dead, may be declared brain dead by unscrupulous elements in society. The remedy lies in trust, good processes, appropriate safeguards and stringent punishment for any violation of the law. The fact is that cadaver organ donation has continued since 1994, without much fuss of “misuse”. But the cumbersome processes for passive euthanasia for the terminally ill, recommended by the SC bench in March 2011 has resulted in not a single case being reported since then.

A second myth is that life is sacred and that termination of life should not be easily allowed. Marriages too were considered sacred once. So was conception and sex only after marriage. Abortion was murder. But values change. Society and the courts need to recognise that.

The truth is that if there is a legal right to life, it implies life with dignity. Allowing people to live in servitude or under abject conditions is not what life ought to be. Similarly, the right to a life with dignity also implies the right to die with dignity – unless a person is convicted of a crime. Even Mahatma Gandhi is on record supporting this right (http://asiaconverge.com/2011/03/512/)

It is this awareness that has persuaded several countries to legalise the ‘Living Will’ or ‘Advance Directive’. This allows a person to make a will, when he is in full possession of his mental faculties, stating that he would not like to be put on life support systems if he is incapacitated or unable to communicate or in a vegetative state. Behind this “will” is the recognition that nobody can be ‘treated’ against his will, unless he is a threat to society.

If I have a severe heart attack and need immediate surgery to save my life, I am within my rights to refuse this. In fact, I can also refuse any type of treatment. If I can exercise this right today, when I am in full possession of my mental faculties, why can’t I decide this for a future date in anticipation of a situation when I might not be able to articulate this?

This brings us to the third myth. That once voluntary euthanasia is allowed it will open the floodgates to suicides. Wrong. Take the case of Dignitas (http://dignitas.ch/), the non-profit movement in Switzerland which accepts requests from around the world to end a miserable and terminally painful existence. During the past 17 years only 12,360 people from the entire world have opted for assisted suicide. India saw only two such cases.

In fact, the numbers could be a lot higher. But not through Dignitas. Many sympathetic doctors, when they see no hope for a patient, counsel the family that it is best to take the patient off life support systems and allow him to die peacefully. Behind this sympathetic approach is the awareness that terminal illness can bankrupt any middle class family – both emotionally and financially. However, fearful of social, and legal, consequences, most families are compelled to borrow money to keep a terminally ill person alive.

That is why legalising the “Living Will” is crucial. It protects doctors and a patient’s relatives. And it allows for a death with dignity.

What about assisted suicide? That too should be allowed, after an authorised panel of doctors agrees that this is the best way out. A clutch of countries have already legalised this — the Netherlands, Luxembourg and Switzerland. In the US too, the states of Oregon, Montana, Washington and Vermont permit euthanasia under specific conditions and a strict medical protocol.

None of these countries have witnessed any opening of the floodgates.