Home Analysis Did RBI and the government allow the NPA loot? 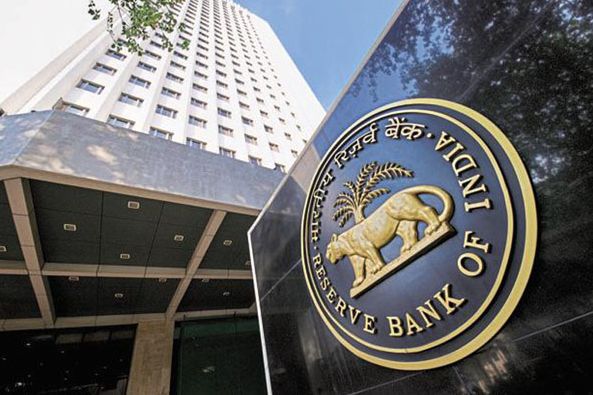 Essar, Videocon and other NPAs – did RBI and the government abet this?

Bank NPAs are bleeding India. Yet, on 14 March 2018, the RBI governor, Urjit Patel bemoaned the fact that he had more power to regulate private banks than public sector banks (PSBs). Really? Let’s look at the RBI’s ways of regulating private banks and their NPAs.

Did the RBI raise questions over advances ICICI made to Videocon despite cautionary signals (http://www.freepressjournal.in/analysis/go-chanda-kochar-please-go/1269603)?

Did RBI haul up private sector bank heads whose family members were directly involved in financial activities which pose at best a conflict of interest, and at worst a deliberate ploy to leech on and defraud the banking sector itself? Both the RBI and the government have chastised PSB managers.  The government has arrested former and current heads of PSBs.  Has it issued orders to arrest private sector bankers who have been colluding with companies in defrauding banks? Did the RBI ask for details on the end use of the $14 billion that Essar got through the sale of Essar Oil to Rosneft?  The Indian banking sector got only $2.5 billion.  What happened to the remaining $11.5 billion?  Essar Oil was an Indian company with Indian assets. Shouldn’t the money have gone first to Indian banks to recover the Essar group’s unpaid dues? Or was some of the money used to pay off a foreign bank leaving Indian banks with the sack? If that is true, then the RBI and the government are primarily responsible for such NPAs haunting PSBs.

According to media reports, after $2.5 billion was paid to Indian banks, at least three banks – Axis, ICICI and Bank of Baroda (BoB) – sold off their residual Essar loans at a haircut.  Axis and BoB took a haircut of 30-40%. ICICI is believed to have agreed to a haircut of 50%.  If true, who is a better bank manager? One who takes a small haircut, or one who agrees to a larger haircut? Why has the inefficient bank manager not been sacked?

Why has the RBI not alerted the government on the danger of allowing haircuts on loans advanced to Essar and Videocon?

After all, the fall in Videocon’s oil production needs to be investigated further.  If the money was taken overseas, all the assets of Videocon should be attached to recover the money.  They would be proceeds from illegally gained wealth.

RBI’s silence over Essar is intriguing. The government has a report that alleges that Essar has inflated its invoices and the surplus money was paid to GSF an Essar group company (see table). Two documents explain the role of GSF (see documents alongside or visit http://www.asiaconverge.com/wp-content/uploads/2018/05/Essar-group-corporate-structure1.jpg and http://www.asiaconverge.com/wp-content/uploads/2018/05/Essar-group-corporate-structure2.jpg. Has this money got laundered? For DRI details on forex overinvoicings see chart alongside or download from http://www.asiaconverge.com/wp-content/uploads/2018/05/Essar-overinvoicing-DRI-papers.jpg. So, shouldn’t the government seize or demand attachment of all of Essar’s assets both within India and overseas?

Allowing a haircut on such loans is absurd. It means that the government and RBI first allow Essar to divert money; then permit it to defraud the banks; then generously let Essar retain some additional assets in India and overseas; and finally reward it with a haircut! Is this prudential lending or collusive banking?

Were the officials bribed? That needs to be investigated seriously. There is at least one document in the public domain which shows that Essar did try lavish gifts on politicians, bureaucrats and journalists as early as in 2010 when these diversions of funds began (http://www.caravanmagazine.in/vantage/how-essar-handed-out-ipads-diwali-gifts-top- ). There are also pointers to the amount that the Kochars made for financial dealings with both Essar and Videocon.

The 400 page DRI papers (Directorate of Revenue Intelligence. Document No. DRI/MZU/CI-11/2013-14, dated 11/3/2015 on Gross over-valuation in import of goods by Essar Group companies) state in paragraph 40 on page 17 that the banks involved were (i) Indian Overseas Bank, Ruttonjee House, 11 Duddell Street, Hong Kong; (ii) Bank of India, 63 Queen Victoria Street, London; (iii) ICICI Bank Limited, Unit 1504B-1505, Level 15, International Committee Centre, 1 Austin Road West, Kowloon, Hong Kong.  Axis Bank has also been referred to in Para 2.2 from where several papers relating to the Essar transactions were recovered. Has RBI summoned the managements of these banks to find out how Indian banks were defrauded? Has the government investigated the top managements of these banks? Currently, only PSB managers are hauled over the coals.

Have the RBI and the government taken cognizance of reports on how companies with similar names were promoted by the Kochar family (http://infralive.com/web/details-of-kochhars-entry-companies-2/)? After all, the biggest beneficiaries in this sordid mess appear to be the Kochars and errant managements.

All these are very serious questions, and demand answers.  The bankers’ oath to secrecy does not apply, because it is now a matter of collusion and fraud.

Are the answers forthcoming? Or must the Supreme Court step in, once again? 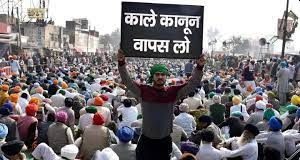 https://www.freepressjournal.in/business/budget-2022-despite-govt-assurances-farmers-feel-betrayed Budget-22: Has agriculture become irrelevant for India? RN Bhaskar As expected, Budget-22 had a lot to talk about farming.  But they all amounted to little.  Farmers...