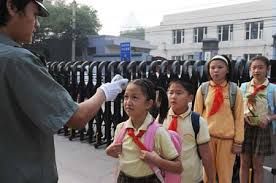 The age of ironies has just begun.

There was a time when India used to be a centre of learning and higher education.  Huen Tsang (known as Monk Xuan Zang in China circa 602-664) came to India to learn Buddhism.  He was following the footsteps of another Chinese monk, Fa Hien (known as Faxian, circa 337-422). He too had come to India for higher education. Both visited Nalanda, a major university (along with Taxila). Sadly, Hinduism was never a champion of universal democratic learning. It was the Buddhists (and later the Christian missionaries) who upheld this cause.

Unfortunately, the hordes who invaded India’s northern plains did not let these centres of learning survive.  Thereafter good universities did come up, sporadically.  But after India got its independence, the government allowed them to corrode.

This was done in one of two ways.  The first was the control the trusts which financed them – as in Tirumala Trusts which spawned the Tirupati  clutch of schools, colleges and universities (http://asiaconverge.com/2016/01/507/).  The second was by interfering with their management, as was the case with the Benaras Hindu University.  Both were educational institutes of excellence.  But they too bit the dust.

India’s saving grace was its ability to create a few national institutes of importance – like the IITs, the IIMs and the Institutes of Science.  But even here, especially after Arjun Singh became the Union minister in charge of the Human Resources Development (HRD) ministry, government interference in the management of such institutes increased. While earlier, these institutes had been climbing global rankings, they now began slipping.  Today, the IITs are not reckoned among the top 10.

Government after government proved to be inept at creating or preserving centres of excellence in higher learning (with the exception of the National Law colleges). Truew, the government did allow private investments in higher education, but it failed miserably in linking them to quality standards.  Thus India had a proliferation of engineering, medical and management colleges. But most of them did not have decent facilities, or good teachers. Yet they charged a high capitation fee, and churned out students of poor calibre.

Good institutions were prevented from opening centres overseas.  The IITs and IIMs had been clamouring for this for decades (http://asiaconverge.com/2016/04/iit-fees-hike-fix-institutes-essential-focus-foundation/).  That would have allowed them to source the best of teachers in the world and pay them from incomes generated overseas.  These teachers could then be persuaded to come to India during their sabbaticals, giving India the best of teachers at no cost.   As learning opportunities became fewer in India, and as the cost of private (often not-so-good) education spiralled uncontrollably, many students opted to study overseas.

As a result, India began financing, albeit indirectly, the creation of teaching jobs overseas.

And this is where a comparison between India and China becomes relevant.

True, China has more students going overseas for education. Till 2010, the average rate of growth for students leaving the country was around 19% year on year.  But during the last three years, this growth has tapered off to around 13% (http://monitor.icef.com/2016/04/a-record-number-of-chinese-students-abroad-in-2015-but-growth-is-slowing/). It could see a further tapering off, as China’s students begin flocking to their own institutes of learning, which have become world-class, and less expensive.

This was possible because, unlike India, China began seeing many of its students return to rebuild their country. Last year, Xu Peixiang, the deputy director of the Ministry’s Overseas Students’ Support Center, China, noted that in recent years between 70% and 80% of outbound students return to China after their studies abroad. India does not compile such numbers. However, anecdotal reports suggest that it could be just 50% for this country.

At least 10% of China’s returning students opt for teaching as a career because salaries for good teachers are pegged to global benchmarks.  Unlike India, teachers are given enormous respect too. Institutions are also insulated from politics.  The apex universities in China teach in English, which should be a lesson for language xenophobes here.

Not surprisingly, China has climbed to become the 9th preferred destination for higher education among international students. India is way off the mark.

So what should India do?  If it wants to climb back to becoming a centre for learning in the world, it must try doing some of the following immediately.

Unless that is done, India’s rankings will continue to slide. It will not be a seat for higher learning any more.