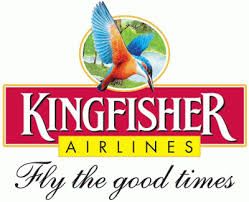 In some ways, Vijay Mallya, Chairman of the UB group of companies, may be right. He does rightly point out in a recent interview to Financial Times that the speed with which his passport was revoked is unprecedented in India’s history.

He is right in stating that in any other country bad debts are settled with haircuts, especially if the borrowing party is willing to pay up the entire principal amount. But Mallya is wrong in many other ways. His debts were not purely a matter of business decisions going wrong. There is clearly an element of fraud which makes these borrowing a lot more than merely business borrowings.

This fraud can be understood a little more clearly when one realises that a bulk of the loans were taken against virtually non-existent collateral of meaningful value. Clearly, this is something that the banks too should be hauled up for.

Banks are not VC firms. The one big difference between a venture capital (VC) company and a bank is the willingness to take up risk.

Banks are chary of lending money without collateral worth a little more than the money borrowed. Typically, when a person goes in for home loans, the banks attach the house itself, even though the amount borrowed is just (a maximum of) 60% of the value of the property. Plus there is always the personal guarantee as well. In other words, for most people, banks insist on collateral worth 150% of the amount that is taken as loans. This rule was ignored in Mallya’s case.

A venture capital company on the other hand is willing to lend because of business potential, not merely by picking up equivalent collateral. It adopts a strategy of high risk, high returns. The money that VC funds use is risk money – often put up by people who want higher returns. That is why VC funds work on an exit strategy before they commit funds.

Banks give out money that belongs to depositors, who are risk averse. If they have lent out without insisting on proper collateral, they have violated the principles of fiduciary responsibility. And the fact that Mallya thought he could get the loans without putting up proper collateral – even though it now turns out that he had several times that amount in the form of global assets – underscores his willing to defraud the banks and hence the entire banking system.

Using hindsight, it is easy to trace Mallya’s rise and fall. But when one examines Mallya’s acts there are three aspects that suggest fraud.

First, is the manner in which Mallya managed to persuade the banks to accept his pledging of the Kingfisher Airlines brand name to 14 lenders, including State Bank of India (SBI), IDBI Bank, Punjab National Bank, Bank of India and Bank of Baroda. This was under a debt recast agreement involving loans worth Rs 6,500 crore which were then restructured and converted into equity.

No bank in India, to this author’s memory, has ever capitalised brand value in its balance sheet. It is, after all, an intangible asset. Merchant bankers do this while inviting risk capital. VC companies do this as well. But not banks. Mallya (and the bankers) could not have been unaware of this.

Second, was the conversion of debt into equity. Remember, Kingfisher was a subsidiary of UB Holdings Ltd (UBHL). By converting Kingfisher’s debt into equity, it ceased to become a subsidiary. So UBHL managed to wriggle out of total responsibility for all the loans that Kingfisher had taken. Fortunately for the government, however, many of the loans were guaranteed both by Mallya (a personal guarantee, which is now being invoked) and UBHL as is evident from an SBI Auction Notice.  It is unlikely that Mallya was not aware of the consequences of this debt to equity swap.

Third, is the way he did not pay most of his his employees for several months (they remain unpaid till today), or even the government (the service tax component he was obliged to pay). He was thus guilty of making false assurances – to the banks, to the government and to his own staff.

It is the personal guarantee that has now come to be the albatross round his neck. As Mallya informed Financial Times just yesterday, he owes the banks around GBP 500 million (or Rs.5,000 crore) as the principal amount, and around GBP 520 million (Rs.5,200 crore) as “unapplied interest”. It is these sums that makes the total amount come to over Rs.9,000 crore. Mallya is right.

Mallya cannot talk about one global practice without talking about the other. And while there are those who talk about limited liability that a company enjoys, there is no limited liability for a personal guarantee, or for criminal liability. These are the issues that the government will use to bring Mallya to book.

The potential of charging Mallya with the attempt to defraud the banks, the government and common citizens of India is something that could get raked up anytime in the future. Whether the government invokes the relevant sections of the law to make this applicable to both colluding bankers and to Mallya remains to be seen.

But the Mallya case could go down in Indian history as a path-breaking case, in much the same way as two other cases in India’s corporate history.

One is the Supreme Court’s enquiry into the working of the Sahu-Jain group of companies (The report of Justice Vivien Bose on the apex courts findings is both exhaustive and explosive to this day).

The second, even more dramatic, is the way the courts dragged the RBI governor, the LIC Chairman and even the Union Finance minister when enquiring into the Haridas Mundhra scandal. The court held public – not in-camera hearings – in Mumbai. And the audience keen on hearing the proceedings was so large that the court had to put loudspeakers and seat the public on the lawns to ease the restiveness in an agitated public. The Mallya case could be another such case.

http://www.freepressjournal.in/business/ntpc-anchors-strongly-in-turbulence-gurdeep-singh-cmd-ntpc/1113961 NTPC gears up for turbulence -- Interview with Gurdeep Singh, cmd NTPC — By RN Bhaskar and Pankaj Joshi -- | Aug 02, 2017 01:01 am The power...