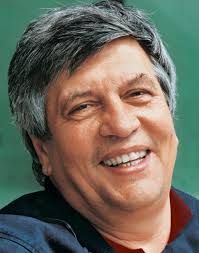 In order to understand what made solar power become a global movement, one needs to take a look at what Hermann Scheer did when he was the energy minister of Germany at the turn of this century. And nothing explains his vision better than his own 45 minute interview – titled, Nothing like the Sun. Hermann Scheer was the prime mover of the feed-in-tariff (FIT), which was first explained in Germany’s 2000 RES Act.  He was an electrical engineer who realised that the reason hydro-carbons had become so popular was partly because of the huge subsidies they had enjoyed – both in the past and in current times.

He reckoned that if solar power could be given just 1 per cent of those subsidies, this source of power could change the entire energy market globally.  He was proved right. What Scheer did was to introduce a set of laws that:

(a) Allowed each rooftop of each house to be fitted with solar panels which were subsidized by the government.

(b) Allowed for the creation of a new class of people – whom we can call agent-aggregators for purposes of convenience. Their job would be to fit the panels on housetops, maintain them, and also monitor bidirectional meters. These meters would register the amount of energy sold by the household to the state’s power grid, and also how much of power was taken from the grid. The net amount of power had to be paid for either by the consumer if he was in deficit, or the state. The agent acted as an aggregator of such power which he then sold to the power grid at a guaranteed price of 15 cents per unit for a period of 20 years. It is this guarantee that has kept German solar power expensive today.  But the tapering off has begun and energy costs should fall dramatically in around five years’ time.

The Hermann Scheer model ensured that the consumer was not inconvenienced in either the setting up of the panels, or in maintaining them, or in even getting the State to pay him for the power that he had sold to the grid.

(c) Ensured that the agent got a commission from the power tariff that was fixed for solar power.  True, the State would incur a loss from the higher tariff paid for solar, but it would win eventually if the costs of dealing with pollution were also taken into account.

The plan worked.  In just eight years, prices of solar panels plummeted.  And it was then discovered that the solar power industry in Germany had begun employing more people than the automobile and engineering sectors.

As a result, by 2009, FIT policies got enacted in around 63 jurisdictions around the world, including Australia, much of Europe, Iran, Republic of Ireland, Israel, the Republic of Korea, South Africa, Thailand, Turkey, in several states of the US, and is gaining momentum in China, India and Mongolia.

But the biggest advantage was that the Scheer model allowed each household to become a power generator. 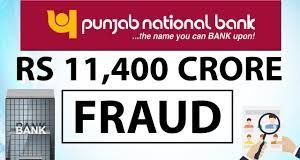 Bank frauds – growing incidence, yet bankers get protected from investigation

Banker, scamster and the hidden hand –making merry with bank frauds RN Bhaskar On 3 August, 2018, the government made a disclosure to the Lok Sabha...