Home Analysis Euthanasia debate: All you need to know about how other countries dealt...

Do you know how many countries have made euthanasia legal?

One of the first countries that decided to promote the cause euthanasia was Switzerland. The Swiss Criminal Code, which became effective on 1 January 1942, penalizes assistance in suicide out of selfish motives. If no ulterior are given, no offence is done.

That could also explain why the first organisation that decided to promote assisted suicide for the terribly distressed – often ailing on account of an incurable painful existence – was in this country. Dignitas is a Swiss group – founded in 1998 —  helping those with terminal illness and severe physical and mental illnesses to die, assisted by qualified doctors and nurses.

When Dignitas began promoting the concept of assisted suicides, there was a hue and cry.  Many people claimed that  permitting such an organisation to exist would open the floodgates to suicides and crimes.  However, the record of the past two decades shows that this has not been the case, though Dignitas welcomes patients from anywhere in the world. To date, it has helped 2127 people to die since its inception (see chart). More details about Dignitas can be found at here.

Dignitas provides assisted suicide for people provided that they are of sound judgement and submit to an in-depth medical report prepared by a doctor that establishes the patient’s condition, as required by Swiss courts.

A person who wishes to die meets several Dignitas personnel, in addition to an independent doctor, for a private consultation. The independent doctor assesses the evidence provided by the patient and is met on two separate occasions, with a time gap between each of the consultations. Legally admissible proof that the person wishes to die is also created, in the form of a signed affidavit, countersigned by independent witnesses. In cases where a person is physically unable to sign a document, a short video film of the person is made in which they are asked to confirm their identity, that they wish to die, and that their decision is made of their own free will, without any form of persuasion. This evidence of informed consent remains private and is preserved only for use in any possible legal dispute.

The Living Will allows a person to state in advance that he should not be put on life support systems should the need ever arise.  It is based on the simple logic that any person has the right to decide whether he wants to be operated upon or not, even to be treated or not.  The living will can even specify the types of treatment that the patient would be willing to permit for himself. This is because a doctor cannot administer to a patient any treatment (medical and/or surgical) without the patient’s informed consent. The patient is fully within his rights to refuse the treatment, even if this refusal can result in death.

It is based on the simple logic that any person has the right to decide whether he wants to be operated upon or not, even to be treated or not.

An Advance Directive can either be in the form of a Living Will, or it can be as a power of attorney drawn in favour of someone the patient trusts – a doctor, friend or a relative to decide on the course of treatment the patient might have wanted if he were in full possession of his mental faculties and his ability to communicate his wishes. That person or persons can jointly or severally instruct the doctor or the hospital about what should be done with the patient. In both cases, the doctor is granted immunity from the decisions taken, or the course of treatment followed.

Doctor assisted euthanasia is different from giving legal status to a Living ill.  In this case a doctor, or a group of doctors, advises a person, on the best way to end his or her life. Switzerland allows it, and during the past two decades some other countries have also introduced legislation and rules to permit this under very strict conditions.  Here is the list.

The Netherlands made this effective from 1 April, 2002. The legislation, called the ‘Termination of Life on Request and Assisted Suicide Act’ (Wet toetsing levensbeëindiging op verzoek en hulp bij zelfdodin, WTL) regulates the ending of life on explicit request by the individual (voluntary euthanasia) as well as accompanied suicide.

Almost immediately thereafter came Belgium. It permits and regulates the ending of life by physicians on request by the individual who wishes to end life. The law became effective on 22 September, 2002.  This piece of legislation is supplemented by a law on patient’s rights and a regulation on palliative care. Luxembourg introduced a law on this subject with effect from 16 March 2009.  It allowed for palliative care, patient’s advance directive and assistance in dying, as well as a law on assisted suicide.

The battle in the US to allow assisted suicide has been fierce.  The first state to introduce such a law was the State of Oregon. In 1998, the ‘Death with Dignity Act’ came into force. It regulates physician-assisted suicide for terminally ill patients who have a life-expectancy of not more than 6 months.

The US soon had another champion for assisted suicide the State of Washington. Since 2008, a similar law exists like the one in the US-State of Oregon, also called ‘Death with Dignity Act’.

A third US state soon followed the other two – the State of Vermont. The Parliament of Vermont supported, “an act relating to patient choice and control at the end of life” and approved a law similar to the “Death with Dignity Act” in the US-States Oregon and Washington. The law offers terminally ill competent individuals a procedure which allows them a self-determined end of life by ingestion of medication provided by a physician. But the Act was implemented only partially.  The legislation dealing with “death with dignity” and immunity for physicians is expected to come into force by 1 July 2016 ( HYPERLINK “” \n _blankWebsite of the Department of Health, with text of the law, forms, etc.  Then a fourth US state joined in – California. On 5 October, 2015 physicians assisted suicide for the terminally ill became legal through the End of Life Option Act.

The fifth US state to join the ranks was the State of Montana. It legalised physician-assisted-suicide through a single-case Court decision: On 31 December 2009, the Supreme Court of Montana ruled that, under the Constitution of Montana, Article II, paragraph 4 and 10, terminally ill Robert Baxter had the right to a dignified death and at the same time that his physician had the right to being protected from prosecution. Even though the right to physician assisted dying was not guaranteed by the Constitution of Montana, such assistance, taking into consideration court cases and the law, was not in conflict with public interests and therefore not illegal. The decision was done by 5 : 2.  After Montana, New Mexico is another State which, in theory, legalised physician-assisted suicide through a single case Court decision: New Mexico State law provides a fundamental right to a terminally ill, competent patient to choose a physician’s aid in getting prescription medications that will allow a peaceful death.

Two years ago it was the turn of Canada.  One of its provinces Québec, introduced a bill on 5 June, 2014, which allowed for: An Act respecting end-of-life care. The purpose of the Bill was to ensure that end-of-life patients are provided care that is respectful of their dignity and their autonomy and to recognise the primacy of wishes expressed freely and clearly with respect to end-of-life care.

Australia flirted with the idea.  It introduced a bill for end-of-life but later withdrew it.

All eyes are now on India to see which way it decides.  But more on this in the next part.

(Disclosure: The author is a senior journalist with Firstpost and is also Hon. Secretary of the Society for the Right to Die with Dignity)

The Firstpost series on Euthanasia will include more anecdotes and views.

Part I: Relieving a human life from agony is not Himsa

In Part III, find out what India must do about the Euthanasia bill. 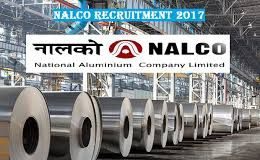