Home Analysis Euthanasia debate: Relieving a human life from agony is not Himsa 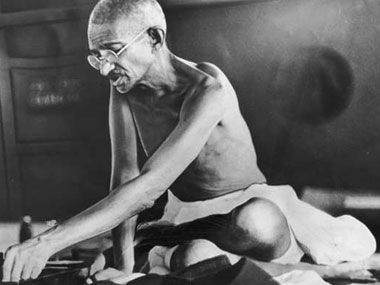 Are you for euthanasia?

The government’s decision seeking views from the public about allowing passive euthanasia is welcome. It is long overdue. But taking the right decision won’t be easy. And it certainly won’t please everyone. This is because death is not a very easy subject. It is often fraught with pain, guilt and the pangs of separation. Sometimes it is a quest for peace by the one who has passed away.

Sometimes, it is an escape from this world so full of toil and care. Sometimes it is with smug satisfaction of a terrorist as he does away with people who are not wanted. But mostly, it is an accident, arriving when least expected. It has preoccupied judges, policymakers, priests philosophers and common folk as well. But the most anguishing part is when a policymaker has to frame a law which legalises someone for ending a person’s life. And nothing illustrates the situation better than the agonizing decision Mahatma Gandhi had to take.

Once, when asked in a letter if a man had the right to give up life when it became only a burdensome and painful thing, Gandhi wrote: “My opinion on that point is as follows.A man who is suffering from an incurable disease and is living thanks to the service rendered to him by others without himself doing anything useful in return has the right to end his life. To fast unto death would be much better for him than to drown himself, for it tests his firmness and leaves room for him to change his mind.” MK Gandhi upheld the idea that if a life is in pain, it is not wrong to put it out of its agony and misery. CNN News18

On another occasion, one of the calves in Gandhi’s ashram fell ill and suffered great pain. The veterinary surgeon had declared her past all cure. The heifer lay on one side, unable to move, and as it was a big one, she couldn’t be lifted about in order to prevent bed sores. She couldn’t take nourishment and was being tormented by the flies. Although in this case the sanctity of the cow was involved, Gandhi made up his mind “that the true ahimsa required him to put the heifer out of her misery by having her killed as painless a way as possible.” He then called a doctor and when the heifer was dead, Gandhi was in great pain, took a cloth and spread it over its face, and then walked silently back to his room (From Gandhi a Life by Krishna Kripalani).

When news about the death of the calf spread, there was a great deal of consternation. Angry letters were sent to Gandhi. And finally, Gandhi wrote the following in the Gujarati weekly Navjivan in October 1928.

“The killing of an ailing calf in Sabarmati Ashram, at Gandhi’s instance, had caused much commotion, and he had received some angry letters on the subject. The following is an extract from his long response. Later, Gandhi wrote the following in his diary: “A calf, having been maimed, lay in agony in the ashram and despite all possible treatment and nursing, the surgeon declared the case to be past help and hope. The animal’s suffering was very acute. “In the circumstances, I felt that humanity demanded that the agony should be ended by ending life itself. The matter was placed before the whole ashram. Finally, in all humility but with the cleanest of convictions I got in my presence a doctor to administer the calf a quietus by means of a poison injection, and the whole thing was over in less than two minutes.  ”Would I apply to human beings the principle that I have enunciated in connection with the calf? Would I like it to be applied in my own case? My reply is yes. Just as a surgeon does not commit himsa when he wields his knife on his patient’s body for the latter’s benefit, similarly one may find it necessary under certain imperative circumstances to go a step further and sever life from the body in the interest of the sufferer.”

It is appropriate that the series of articles on euthanasia commences with this anecdote involving Mahatma Gandhi.

(Disclosure: The author is a senior journalist with Firstpost and is also Hon. Secretary of the Society for the Right to Die with Dignity)

The Firstpost series on Euthanasia will include more anecdotes and views. In Part II, find out how many countries have opted for Euthanasia and Living Will.

R N Bhaskar 24 August 2015 The government is keen on strengthening Aadhaar. That will allow it to effectively implement its Direct Benefits Transfer (DBT) programme...