‘Air India’s Descent’: how it was allowed to crash Last night was one of nostalgia and a quaint delight. It was triggered by the news reports on the the current chairman of Indian Airlines declaring that the merger between Air India and Indian Airlines had been a mistake.

I remembered then how I had got involved with the subject of Air India and Indian Airlines in November 2013, when I went for a book launch.  I had been invited by Moneylife Foundation.  Since the subject was Air India, and the guest of honoour was Subramaniam Swamy, now member of Parliament, I went for this event.

That is when I met Jitendra Bhargava.  I promptly purchased ​a copy of ​the book and found it rivetting.  I even wrote about it.
​
​​Last week, I bumped into Jitendra once again at Churchgate.  He greeted me and promptly handed me a copy of the book he had written on the same subject.  “But I have already purchased a copy,” I protested.  He smiled.  He said that the previous edition of the book had been taken off the shelves.

So, he said, he decided to update some it contents, and bring out a a second and revised edition of the book himself. He then autographed the book and gifted me a copy. He told me that I would like the second edition even more than the first.

I have not read the entire book as yet, but the foreword to the book is compelling.  Here’s a look.

Why this revised edition? The Descent of Air India, that chronicles the saga of the unprecedented decline of a once cherished global brand, faced turbulence soon after the book was released on 11 October 2013.

Two individuals, Praful Patel, as civil aviation minister, and V Thulasidas, as chairman — who through their actions/decisions caused maximum harm to Air India, and thus figured prominently in the book — embarked on a journey of vendetta with the twin objectives of restricting distribution of the book and attributing motives.To begin with, the book refused to show up on the shelves at book stores at the prime Delhi and Mumbai airports. Apparently, Patel had used his clout with the private promoters of these two airports.

Media coverage on the book also got short shrift with a partial blackout of news on the book release function. In one case a TV news channel was forced to drop an interview after it was recorded and ready for broadcast. Soon after the book was released, that very same month, Praful Patel filed a criminal defamation suit against me and the publisher in a Mumbai Court.I was delighted. The court hearings would provide an opportunity to place more facts in the public domain. Patel’s objective was probably different—to pressurise my publisher Bloomsbury to withdraw the book and pulp the stock.I am led to this inference since the former civil aviation minister did not move court against Arvind Kejriwal — then an activist of India Against Corruption’ and now chief minister of Delhi — when he asked for a probe, accusing Patel on national TV channels of squeezing Air India by ordering a large number of aircraft and taking more on lease when there was no requirement.

Two other politicians, Kapil Sibal and Nitin Gadkari, who were also at the receiving end of Kejriwal’s ire, took affront to the charges levelled against them and filed defamation suits against the activist.When a Canadian Court imprisoned a Canadian national of Indian origin for bribing Indian officials to obtain an Air India contract and the evidence taken on record named Praful Patel as one of the persons who received the kickbacks, he did not feel it necessary to protest or file a defamatory case. (The Canadian Court judgment is reproduced verbatim on pages 144–152.)

Bloomsbury behaved amateurishly, if not irresponsibly, by springing a surprise on me on the eve of the Court hearing in January 2014 with the information that they had entered into an agreement with Patel regarding withdrawal of the book. This, after they had been informed of the documentary evidence in my possession to back every sentence written in the book, as well as the fact that the managing director of Bloomsbury, assisted by his lawyer, had had a meeting with the lawyers defending me with a view towards taking up an identical stand.The withdrawal meant that the twin objectives of the book weren’t achieved.

I was hopeful that my narration would provoke management case studies into what went wrong at Air India so that no management endangers the future of corporate entities. Not only that, I had hoped that the Air India story would serve as a cautionary message for employees and unions of other public sector undertakings so that they don’t risk their company’s future by demanding more and more emoluments for less and less work and fail to change their work ethics even as the survival of their companies, operating in a more competitive environment, are at peril.

As the book had found support from Air Indians, friends and public alike and many of them could not make a clear distinction between a ban on the book and ‘voluntary’ withdrawal of book stocks by the publisher, I swiftly made the e-book available on Kindle so that the malicious whispering campaign that the book had been withdrawn because it lacked authenticity, was quickly laid to rest.As categorically stated by me in the original edition, one of the reasons why I ventured to write the book was also to ensure that it helped ‘apportion responsibility, accountability and blame to its rightful owners’.

The book wasn’t written to specifically target Patel and Thulasidas, as alleged by them, but to present to the country a sincere account of the role played by various stakeholders—political leaders, ministry officials, Board members, chairmen and managing directors—with a few exceptions, who held office during the past three decades, senior management personnel and recalcitrant union leaders — who contributed in varying degrees to the tragic diminution of Air India.After having been a cherished global brand, the decline of Air India — first gradually in the 1980s and 1990s, and then at an accelerated pace post-2004 — warranted a book.

Reference to Patel and Thulasidas was thus purely incidental since they were at the helm during the period of accelerated decline.If I had any intentions of targeting and defaming Patel, as alleged by him in his complaint, I would not have just highlighted the acts of omissions and commissions that harmed Air India in my book, I would also have narrated the specific instances of blatant misuse of Air India’s resources by the former minister for his personal good — like flying out and hosting a husband-wife duo from Gondia, his constituency, to Seattle in USA, at Air India’s expense — the couple listed as journalists to cover an aircraft delivery event at Boeing’s establishment in that American city.Let me also aver that as the sordid saga of Air India involved the powerful and the mighty I took my time to write the book. Self-censorship was deemed critical by me.

Only those instances of alleged corruption, nepotism and wrongdoings were included in the book of which I had documentary evidence. Several instances, unethical and reflecting blatant political interference, that caused harm to Air India, of which I did not have the requisite proof in my possession, were avoided. These instances included transfer of land in Air India’s control in Delhi and Mumbai to private airport operators without adequately safeguarding the airline’s interests and the erstwhile Indian Airlines, giving its new A321 fleet registration codes PPA, PPB, PPC, PPD…… —PP of course, standing for Praful Patel. As I did not have clinching evidence as to whether Patel asked for it or a sycophant management offered to do this to please the minister, I made no reference to it in the book. Such was the care exercised while penning the story of Air India’s descent.Barring that one Court hearing in January 2014 in which Bloomsbury and Patel signed the consent terms for book withdrawal (and I stood my ground by informing the learned judge that there was no question of an apology forthcoming from me since everything written in the book was factual and backed by requisite evidence), all future hearings — a dozen of them fixed so far — were adjourned.

The Metropolitan Magistrate, hearing the case, on 5 November 2015, while denying any further adjournment, passed an order listing the case for final hearing on 28 January 2016. When the Court met on the day of reckoning, Praful Patel’s lawyer sought yet another adjournment, which the Judge once again declined. The Judge after admonishing the lawyer and reiterating that too many adjournments had already been granted imposed a penalty of Rs 3000 while fixing the next date as 12 February 2016. What next? Early end of the case or tareek pe tareek pe tareek!In the meantime, even though the evidence already available with me was good enough, I began accessing more documents through the Right to Information Act so that Patel’s plea of innocence could be effectively nailed. Armed with a wealth of additional information, which is damning and further proves the way the airline was being managed — rather mismanaged — I wondered if the information should only be used to fight the legal battle or also go into a revised and updated edition of my book so that the larger objective outlined above, which remained unfulfilled, could be attained.So here is the revised book, updated where needed, and holding more detailed information than in the first edition.- Jitender Bhargava, The Descent of Air India: An Insider’s View of How A Once Globally Cherished Brand Was Grounded By Those Entrusted With The Task of Making It Soar 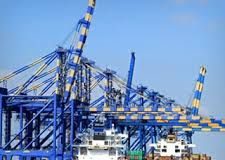 Gautam Adani – The man who could change India

2007-10_DVV-Gautam-Adani_The-man-who-could-change-India-The-Mundra-story Gautam Adani and Mundra - both could transform India Mundra is India's deepest port. It is also an all-weather port which promises to become its...