Home Analysis Lessons from Brexit: Immigration to remain one of the most debated issues 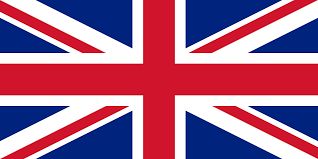 The cataclysm has happened. The die is cast. Events will now roll their painful course. Nobody knows what will actually happen.

The British premier has resigned. And there is no clear idea who will take his place. Till someone does actually take his place, a reference to the EU for actually withdrawing cannot be made. The British pound has plummeted in value. Nobody is sure which way to go.

But there are few indications which suggest that the mood for rebellion was just building up. The voting patterns predicted before the polls — and the results thereafter — clearly show that most analysts had read the situation correctly (see chart, alongside). The old wanted to say “enough is enough”. Their way of life was rapidly changing. The pride with which they lived their lives was rapidly eroding. After all, by virtue of being older, they could legitimately claim that they built the UK. The young were only inheriting what they had created or preserved.

There was another side to the picture. The young were apathetic. In areas where the youth predominated, many of the young did not go out to vote at all.

One of the most vexatious issues at the heart of all this discomfort was the big elephant in the room – immigrants.

It is an issue that has bothered India. Remember the Nellie massacre? And then look at the electoral verdict in Assam. It is likely to affect outcomes in other North Eastern states as well. The issue of immigration is bothering Myanmar too. It is plaguing the EU. There is a big clash between national pride, and the need to show humanitarianism. The same issue now vexes Turkey. And it has always been simmering in the UK.

Most importantly, it is likely to be a big headache for the US as well. Barack Obama, the outgoing US President, wanted to legalise and integrate migrants. But when this is done in an election year, there is the real danger of demographic tinkering taking place. That was probably the key reason why the US Supreme Court decided to nix Obama’s proposals. The immigrants will remain without citizenship or regularization papers, till the courts rule otherwise.

At the heart of the immigration problem is a clash between the need to be humanitarian, and the need to preserve national or local identity. When the Bangladesh war occurred, millions of migrants spilled over from that country into India. The then government decided that this could be used to win the next elections, and allowed many to become citizens. Overnight, the demographic pattern of the North Eastern regions changed. Not surprisingly, when the present ruling party talked about the need to protect local identity, it struck a chord with many.

The same fears are being played out in Germany, Italy, the UK and even in the US.

To be fair, the migrant is a wonderful asset. Most migrants are young, gutsy (they would not have dared to give up everything they had and venture forth into a new (often inhospitable) land. They are willing to work.

But they are also outsiders.

Unfortunately, most governments use the humanitarian angle and buttress it with the justification that they can be assets for the host country. But the locals don’t like this. Migrants are willing to work for lower salaries. When unemployment rates are high, migrants are seen as usurpers.

Look at the way the British don’t like the way Polish immigrants have flocked to their country, established colonies just as the Indians and the Pakistanis did before them. They look at the emergence of mini-India, mini-Pakistan and now mini-Poland as a threat to their way of life. And when they are given voting rights too, they could sway national politics. There is always the danger of the immigrant becoming the national leader and destroy the very concept of nationhood.

This is something that the Arabs understood quite well. They need young labour. They have the money (thanks to oil) but need skills from elsewhere. So what they do is to separate work permits from citizenship. People can come and work there for limited periods. Their work permits can be renewed, if their behavior is satisfactory. But they can rarely become citizens. The political identity of the Arab states must always remain Arab.

Britain forgot to do this. So did Germany. India chose to tinker with demographics slyly, and even brutally. Today, there is growing opposition to such moves. Ideally, all these countries could have saved themselves a great deal of resentment if they had separated work permits from citizenship where migrants were concerned.

This is more desperately required in the North Eastern areas of India. Periodic floods cause local populations to move to drier areas – Indians do it by straying into Bangladesh’s territory. The opposite also happens. What is therefore needed is a system of work permits, which makes is difficult for them to apply for citizenship and thus influence local politics.

But for that to happen, you first need to clearly identify who is a citizen. That is where the Aadhaar card becomes immensely relevant. It will be the first national citizenship card Indians will have.

The British vote for Brexit must therefore be seen in this light. The older Britons want to reclaim their country. They want migrants to be allowed, but only in limited numbers, and in such a way that it does not change their way of life, or their politics. This is what the EU is also trying to grapple with. They think they have found an answer in Turkey, which has agreed to give them a work permit of sorts, but not citizenship. The US courts also want to think about this issue a bit more carefully.

The Brexit vote is a warning. The issue of immigration is likely to become the most hotly debated issue in the coming months.