For perhaps the first time in decades, India could actually begin scripting a new business model for power generation. Kurien did this through milk. Piyush Goyal, Union minister for power, could do this with solar power.

The best analogy that can explain what is happening is by looking at the mobile phone. Earlier, customers were bound to the tyranny of the cable with landline telephones. Connectivity locations were fixed. So were tariffs – relatively speaking. As a result, phone connectivity also remained limited. But then the mobile phones entered. The cable became increasingly irrelevant. Location became flexible; so did connectivity. That triggered a tele-density boom worldwide, especially in countries like India, China and those in Africa, where societies could leapfrog generations and plunge into wireless networking almost overnight. The same market disruption could be ushered in by solar power (and waste-to-energy).

In 2009, Germany had already startled the world with its foray into solar power in a very big way. Then came Brightsource, which threatened to change the course of solar power using concentrated solar power (CSP) mirrors. And finally, there was Desertec, which proudly proclaimed on its website that “within six hours the deserts receive more energy from the sun than humankind consumes within a year”. The plan was to harness the sun in the deserts and send the power all the way to Europe. Unfortunately, despite backing from some of the best and the boldest companies in the world and with Munich Re as the consortium leader, the plan did not take off. This was partly because of the political upheavals in the Middle East. It was also because photovoltaic (PV) cells became cheaper. Today, new bids for PV installations offer tariffs of under Rs.4.5 a unit (kWh).

India began to embrace solar power with its Jawaharlal Nehru National Solar Mission (JNNSM) in January 2010. The target was 20 GW by 2022. On 17 June 2015, the Modi government upped this target to 100 GW (by 2022).  The markets gasped. Will it be possible, they asked. After all, even by May this year, the country had installed just 6.76 GW of solar power capacity (see chart), against the target of 100 GW. And who would meet the financing costs?  Why was the government not moving in aggressively on the rooftop solar front, so that the cost of land acquisition could be eliminated?

Then came the announcements on 10 June 2015. Upendra Tripathy, secretary, ministry of non-conventional and renewable energy announced that the government would source at least 40 GW through rooftop solar. Factories, commercial establishments and government buildings would also be encouraged to set up rooftop solar power capacities.

Solar would be the route the government would adopt for rural power as well. After all, setting up transmission lines to remote villages can be prohibitively expensive. This then leads to three types of losses. First, there is the transmission loss. The longer the tramission line, the greater the loss. Then there is theft, often wrongly declared as agricultural power consumption, or as losses. The third is theft of the copper cable itself.

Using decentralised, cluster, off-grid solar power generation stations could be the way to go, admit MNRE officials. But solar power has a problem of availability. That is where waste -to-energy could provide the answer. But solar and methane based power can be quite flaky as at times the energy flow is strong and steady. Then it weakens and falters. No grid can be sustained with this irregular supply.  Therefore, an intermediate storage device – like batteries – becomes critically important.  Even here, as per research conducted by companies like Tesla, the cost of storage could fall by 75% by 2018. With falling storage costs, better methanation and solar power policies –  encouraging rooftop solar and decentralised cluster off-grid solar stations – India is at the very cusp of a revolution in power generation and distribution.

It could mean the reduced relevance of nuclear power plants. Look at the potential of solar compared to other forms. That could slash oil import bills. Second, power for all by 2022 is now both economically and politically feasible. With power reaching the poorest, expect a surge in rural productivity.  With electricity there will be a surge in the reach of mobile phones, television and radio sets, and power driven tools for farming and simple industry. Expect all of them to change the rural economy. India may just be witness to some of the most dramatic and amazing changes in the world. 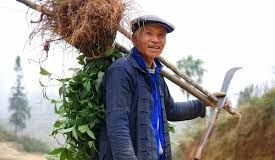 http://www.dnaindia.com/money/report-policy-watch-indian-agriculture-pampered-and-terribly-exploited-1828230 With smaller holdings China does better Monday, 29 April 2013 - 8:30am IST | Agency: dna China doesn't subsidise, but has done a lot better by...