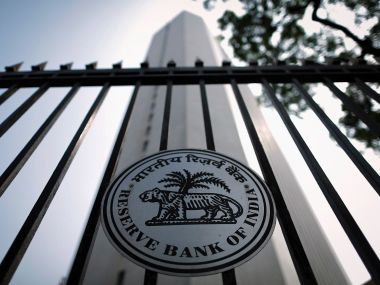 How India has avoided the dangers of NIRP

Unexpectedly, and sadly, you hear some people clamouring for the removal of Reserve Bank of India (RBI) governor, Raghuram Rajan.  But there an equally insistent – and numerically superior – group which wants him to be given a second term after his current tenure as RBI governor expires this September. Irrespective of what eventually happens, both sides need to recognise the enormous role of the government and the RBI in insulating India from the financially tumultuous climate world-over (http://www.freepressjournal.in/prepare-yourself-financial-turbulence-ahead/809974).  Remember, unlike elsewhere, India is still growing and still creating jobs.

Those opposing Rajan want low interest rates.  Their justification: low interest rates spur investments. That kickstarts an economy and pushes it to higher levels of growth. However, this group is largely silent when it is informed that over 57% of India’s GDP and over 80% of the country’s employment is accounted for by the small and medium sectors who conventionally borrow money at even higher rates (http://www.freepressjournal.in/recounting-the-great-indian-bank-robbery-rn-bhaskar/789412).  And yet, they register rates of growth that are higher than those of the ‘organised’ sector.  The demand for lower interest rates does not come from here.

Rajan’s opponents are silent about how easy money has lubricated a lot of speculative economic growth during the past decade.  The RBI and the government have made this difficult during the past two years. This has hit some promoters very hard.  They had diverted funds meant for projects into real estate or other equally speculative asset bubbles.  When the bubbles popped, they found that instead of making double the profit, they don’t even have the money to service even interest payments on borrowed funds.  They howl for easy money, so that the asset bubbles will revive, and they can become solvent.

Unfortunately, easy money is seldom a panacea for poor economic growth. It only provides a temporary, and false, sense of reassurance.  Then reality kicks in with double the force. What is sorely needed are structural reforms, and that is what the RBI has been trying to advocate.

Watch countries that are trying desperately to offer easy money to prop up economic growth. Some of them have even begun adopting negative interest rate policies (NIRP) in order to encourage businessmen to borrow more.  This is happening right now in Denmark (http://www.wsj.com/articles/the-upside-down-world-of-negative-interest-rates-1460643111) It is spreading to Spain and Portugal (http://www.wsj.com/articles/in-spain-and-portugal-bankers-and-borrowers-fight-over-negative-rates-1463287864).  Banking has become chaotic.  Some say that banks will soon be compelled to pay borrowers, instead of charging them interest.

That is absurd. Conventionally, banks make money by paying depositors a lower rate of interest than the interest they charge borrowers.  If borrowers now get paid for borrowings, what will depositors get?  And if depositors won’t pay the banks, will the government (hence taxpayers) bail the banks out? Again?!

Many thought that NIRP would compel depositors to spend more. But no. People are alarmed at what is happening and thus invest instead in gold, or some other asset including land.

Suddenly, you begin to notice that the velocity of money has begun slowing down (https://snbchf.com/2016/05/watson-consequences-nirp/, see chart). And, strangely, you have countries like Japan which are desperately trying to get inflation back.

Instead, prices have been, not just because interest rates are lower.  There are genuine fears of a global deflation becoming persistent. Watch the terrible quarterly results sported by many US retailing giants.

It is against this backdrop that some of the present government’s economic policies begin to make immense sense.  It wants – along with the RBI — to starve the market of easy money.  To kickstart the economy, it has instead begun looking at doubling rural incomes by 2022.

This is a brilliant strategy – economically, financially and politically. You can get more economic growth there, even by spending less money.

That explains why the government is encouraging the formation of milk cooperatives in UP – the largest milk producing state in India (http://www.freepressjournal.in/milk-and-the-making-of-india/815048).  Cooperatives pay farmers Rs.26-30 per litre of milk. Middlemen pay them only Rs.14-20. That additional money will help marginal farmers (almost 85% of farm population) who keep 2-10 cattle in their backyards.  Since India’s eastern and north-eastern regions have more water and fodder, there is an attempt to encourage both grain cultivation as well as dairy farming there. NDDB is helping set up milk cooperatives in West Bengal and Assam.

The other strategy is to dismantle APMCs (Agricultural Produce Marketing Committee) which fleece farmers.  Farmers around Mumbai get only 20-25% of the price their vegetables command in the city.  Since farmers are not permitted to sell their vegetables directly to consumers, they end up being exploited. APMCs are not even audited by the government; all the moolahm therefore, goes to people close to politicians.  Without APMCs, farmers could actually double their incomes.

That additional income will create consumer demand. That could trigger a boom in production, making the economy go on an upswing. By that time, inclusive banking, Aadhar, and expanded infrastructure (new roads, waterways, ports and railway lines) should provide for industry the support they need in terms of infrastructure. It could begin a virtuous cycle which does not have to depend overmuch on exports.

That is where solar power could also play a very crucial role.  It could help reduce forex outgoes for fuel import; even generate more employment than conventional power.

Obviously, when such a restructuring take place, there will be losers.  The middlemen who have hitherto exploited farmers might lose out, unless they can take up meaningful roles in the new dispensation.

Ditto for those who lived off easy money. As banks compel stressed assets to be sweated to become productive, there will be considerable pain.  But they will be necessary for the economy to become strong and resilient.

The global economic climate is getting increasingly chaotic.  Hopefully, India and a few other countries can buck the trend, and even ring-fence themselves.  The RBI and the government deserve kudos for making this possible. 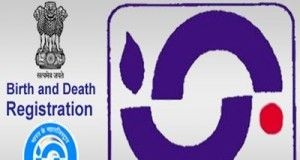 Does anybody care for the dead?

http://www.freepressjournal.in/analysis/does-anybody-care-for-the-dead/679682 Oct 08, 2015 12:16 am The Sheena Bora murder brought the issue in sharp focus. The murder of poor innocents, as part of sacrifice...