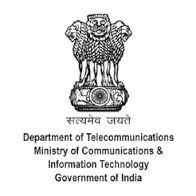 Telecom: Ways for the government to rig it despite auctions

Within a couple of months, the government will embark on its largest spectrum auction. It will be auctioning 2,345 MHz of spectrum, the largest ever spectrum auction in the history of the Indian telecom industry. If past valuations are anything to go by, the total value of the spectrum could be staggering – Rs.5.67 lakh crore.

At the moment the auction date has been fixed for September 29.  But it could be deferred. Do remember, that the auction was to have been held in the first week of August.  It was pushed back. This could happen again. The Ministry of Telecommunications could delay it, heeding the request from a majority of telecom players.  The Supreme Court could order a deferment as well.

The courts have good reasons for doing so.  After all, the government has adopted practices that could hardly be called fair. True, the auctions are welcome, and may be transparent.  But the underpinnings which support the transparency of auctions appear to be missing.

This is because the process has some major flaws. It is these flaws that compel one to the conclusion that despite the auctions, it is still possible to rig the game.

First, auctions may allow governments to get the best price for spectrum. But such auctions may hurt customers. Ideally, auctions should be held specifying – right at the outset — the maximum price that customers should pay for a call or data access.  Once the ground rules are set, telecom players (telcos) are better informed and can decide on the price which they should pay at the auction.

However, the ground rules also demand a full disclosure of the charges that the government might want to levy. Till now the government (through the Department of Telecommunications, the TRAI and the minister in charge) has worked on the assumption that once the telcos have paid for the spectrum and own it, they can be made to pay additionally all sorts of charges.

Two of the most vexatious charges are the Spectrum Usage Charge (SUC) and the interconnect fee.  The first is a ‘tax’ the government levies on telcos for using the spectrum, even after it has been paid for.  SUC is thus a type of revenue share. The second is a charge that players must pay to the network whose facilities are being used to connect to the party which receives the call. The second is an issue that is already being debated both in courts and in private closed door meetings.  These discussions could get quite messy.

To be fair, there is nothing wrong with the concept of either the SUC or the interconnect charge.  What is wrong is the arbitrary manner in which it is levied or the way rules get modified from time to time.

Consider for instance the ‘Order’ of the Ministry fo Communications and IT (No. P-140010/05/2016) issued on 12 August 2016. The ministry modifies through this order the SUC for various frequencies. The order  has been issued with the concurrence of DoT Finance (vide Dy/FTS 4026/M(F)/16 of 10 August 2016).  It comes into force with immediate effect. What is equally interesting is that the order also states that the SUC rates mentioned in this order “are subject to review by the Government from time to time”.

It is this penchant for revisiting orders “from time to time” that makes planning any business extremely hazardous in India.  There are allegations that the SUC charges – and even the interconnect charges — have been modified “from time to time” to favour certain players and that they are the result of a “regulatory capture”.

The unwillingness on the part of the government to create a long-term stable policy on taxes and levies inevitably leads to allegations of caprice and whimsicality. By modifying such charges “from time to time” the government has violated the basic principle of transparency. Without this principle (of transparency) being respected, even auctions become a whitewash.

There is the third issue that makes many of the government’s policy announcements a bit odd.  The government has not yet specified – right before the auctions – that no bidder will be allowed to own more than 50% of the spectrum. That is unfortunate. Is the government willing to promote a monopoly in the telecom sector?

The government’s unwillingness to allow telecom operators to share their bandwidth with other licensed telcos is also equally suspect.  After all, if spectrum is a precious national asset, the government should encourage telcos to share the unused bandwidth they have already paid for.  This way, the scarce unused bandwidth gets used; and the owner of the spectrum recovers some of the money it has spent on the bandwidth.  The government can also earn a share of the revenue thus garnered. Not allowing spectrum sharing is thus short-sighted.  It also abets the creation of monopolies.

The government can avoid all this.  It can usher in policies that prevent corruption, reduce the element of ad-hoc-ism which fuels the tendency to queer the pitch. Open long-term policies allow industry to grow healthily

In fact, given that some of the investors are global players, such practices could expose the government to charges of violating the provisions of the Bilateral Investment Treaty or BIT (http://www.freepressjournal.in/analysis/arbitration-awards-india-shaken-and-unprepared-r-n-bhaskar/908045). Some may even take this issue to an overseas arbitration centre (like Singapore), where the government has already faced some very adverse arbitration awards.

One only hopes that the government will desist from such practices. India desperately needs to win the confidence of global investors.  It needs their money and their technologies to make the country grow at a healthy pace.  Without this growth, India won’t be able to create enough jobs for its teeming millions.

Whimsical policies frighten away investments. They could hurt the country grievously.

How to stop corruption?

The stench of bribery is up in the air once again. This time, it is disclosure that a US company, Louis Berger, paid bribes...
Changes in just two laws can reduce cases of bribery significantly